Accessibility links
Aussie Frogs Try New Pickup Line Australia's frogs are having trouble hooking up. Traffic noise and other sounds of city life, like air conditioners and construction noise, are drowning out the mating calls of male frogs in urban areas, leading to a sharp drop in their populations. But one scientist has found that some frogs have figured out a way to compensate for human interference in their love lives. 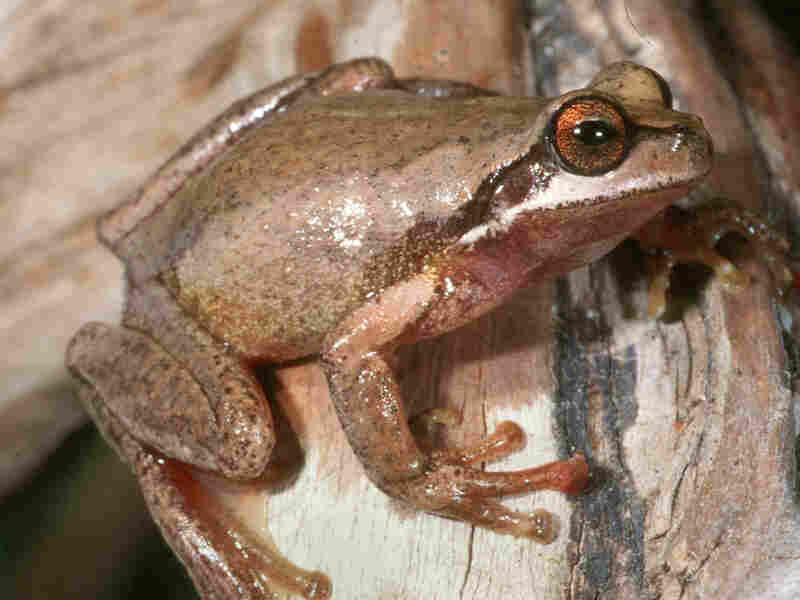 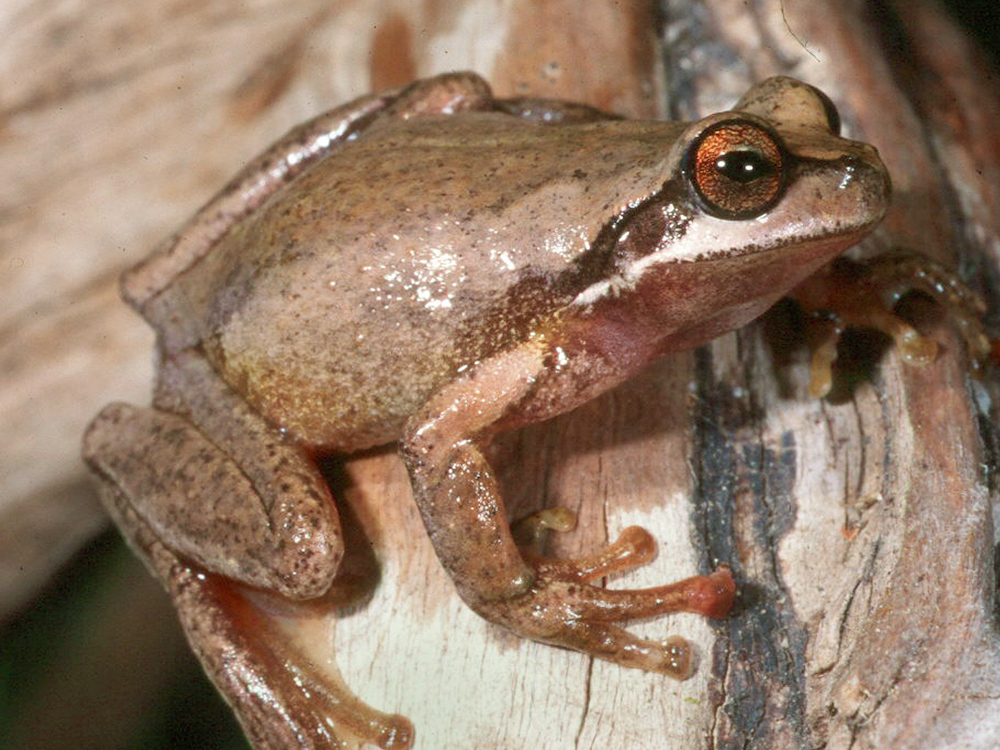 Australia's frogs are having trouble hooking up. Traffic noise and other sounds of city life, like air conditioners and construction noise, are drowning out the mating calls of male frogs in urban areas, leading to a sharp drop in their populations. But in the first study of its kind, a scientist has found that some frogs have figured out a way to compensate for human interference in their love lives.

"The distance over which the male frog can be heard is cut really dramatically by traffic noise from hundreds of meters, in some instances, down to maybe only 20 or 50 meters," she says. "We're quite concerned that ... there are frogs out there that aren't getting together because the noise we're making is getting in the way."

So some frogs have come up with an interesting strategy for making themselves heard. They're changing their calls to a higher, squeakier pitch. "This increases the distance over which it can be heard," Parris says.

That might sound like a pretty simple solution, but changing their calls to cope with a noisy environment is actually quite extraordinary for frogs. And while the males have figured out how to make themselves heard above the noise of the city, Parris says it may not be what the females are looking for.

"When females have a choice between two males calling, they tend to select the one that calls at a lower frequency because, in frogs, the frequency of a call is related to body size. So, the bigger frogs tend to call lower.

"And so they also tend to be the older frogs, the guys perhaps with more experience, they know what they're doing, and the women are attracted to those."

In other words, the high talkers typically don't get the girls.

"And if it's very noisy," Parris says, females "can only hear a few of the males that are all calling in a group." So the number of mates she can choose from is reduced. "It's like if you're in a noisy cocktail bar," she says, "and there are men everywhere. You can only see and hear the three that are closest to you. You either choose to go with one of them, or you spend more energy going to search the room to find someone who looks a little bit more promising.

"For females, the longer the time they spend hopping around looking for mates, the more time they're exposed to predators and the more energy they use," Parris says. "So there's a cost to spending a lot of time searching for mates."

Frog populations in Melbourne have dropped considerably in the seven years since Parris began her research. It's not just noise that's been the culprit. Climate change has brought a decade of drought to parts of Australia. Since frogs often serve as the environmental canary in a coal mine, Parris says their demise is worth paying attention to.

"Urban habitats are expanding very quickly. At the moment they only cover about 4 percent of the Earth's terrestrial surface," she says. "I think the fact that frogs and other animals that communicate acoustically, such as birds, are struggling in urban habitats shows us that the urban habitat is not a healthy place for people either — noisy places tend to lead to higher stress levels amongst people, difficulties sleeping, and the quality of life is reduced."