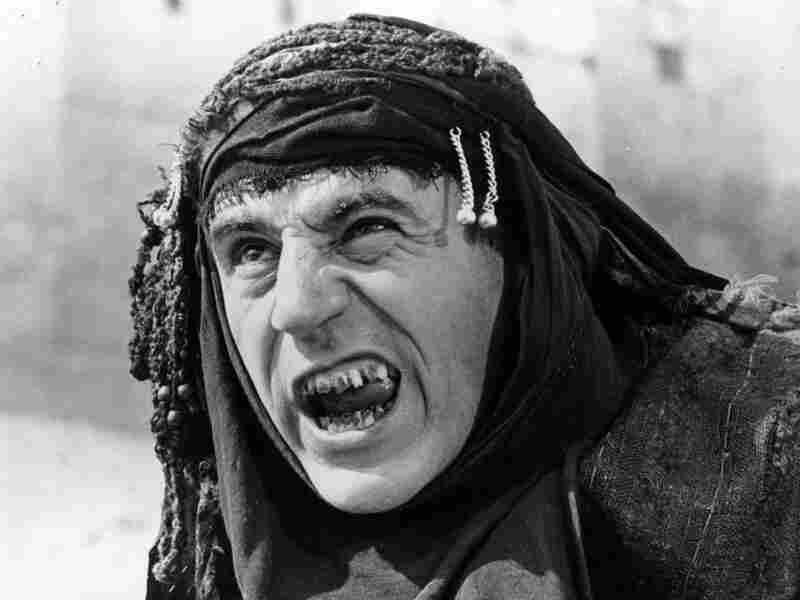 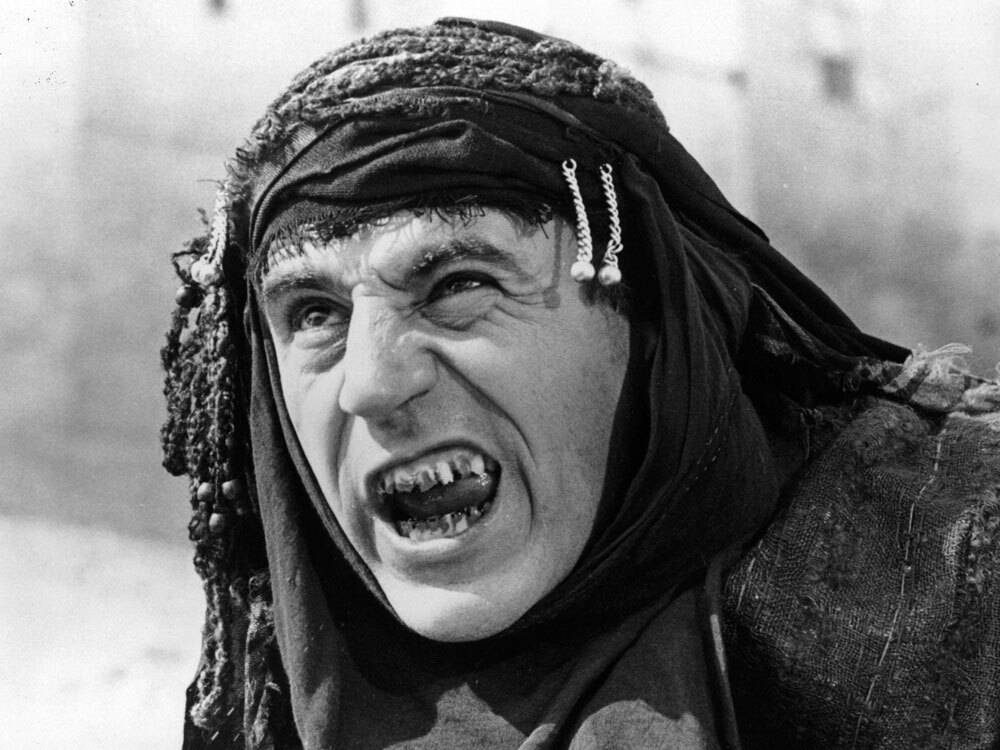 Terry Jones, an original member of Monty Python, directed and starred int the 1979 film Monty Python's Life of Brian, a project repeatedly referenced in the documentary.

Watching it, it's good to know that after all these years, the surviving members of Monty Python still can't even take themselves seriously. Oh, they have the best of intentions with this new megadocumentary. They really do want to explain where their peculiar sense of humor came from, how the six of them met and the inspirations for their most famous sketches, record albums, movies and stage shows.

But just as the original Monty Python's Flying Circus poked fun at the stiffness of the BBC when it premiered on the BBC back in 1969, this new documentary can't help but send up the documentary form a little. Its individual hours sport such titles as The Not-So-Interesting Beginnings and The Much Funnier Second Episode. And for the theme song of this new production, the Pythons not only resurrected the main title music from The Life of Brian, but a dead ringer for the original vocalist as well.

There's an added joke, in that each hour has its own theme song, which is sung with increased frustration over how endless the documentary is, and how familiar the material. Obviously, the Pythons are sensitive enough to this charge to make a pre-emptive strike. After all, there was a 30th anniversary Monty Python TV special a decade ago, and a 20th anniversary one a decade before that — and home-video collectors have had more than one opportunity to buy a Monty Python's Flying Circus megaset on DVD. But for such familiar terrain, and such an old comedy group, there's a lot of new insight here — enough to please hard-core Python fans, and intriguing enough to turn new viewers into probable converts.

My favorite installment is the first one, which is generous with its clips from the early radio and TV shows that influenced or featured the future members of Monty Python. Peter Sellers and his infamously unstructured The Goon Show was one clear inspiration; the satiric stage revue Beyond the Fringe, with Peter Cook, Dudley Moore and Jonathan Miller, was another. And the British version of the topical variety series That Was the Week That Was — which, like The Office, was Americanized with a new cast — was a third.

Some of the Pythons came from Cambridge, some from Oxford, and American Terry Gilliam came seemingly out of nowhere. But eventually, the six of them — Gilliam, John Cleese, Terry Jones, Michael Palin, Eric Idle and Graham Chapman — found their own styles and voices. They presented a TV show where sketches were absurd and unpredictable, and where comedy targets ranged from little old ladies and dead philosophers to the Spanish Inquisition. Insanely imaginative animation linked one sketch to another — or, as an alternative, Cleese would simply stare into the camera and intone, with the deep seriousness of a BBC announcer, "And now for something completely different." And all of it was completely different, then and now, from the Ministry of Silly Walks and the Fish-Slapping Dance to the Dead Parrot sketch.

Except for Chapman, who died 20 years ago, all the other Pythons are alive and well, and they contribute fresh interviews to this documentary. There also are such well-chosen ingredients as clips from a British TV talk show back when Monty Python's The Life of Brian was released. John Cleese and Michael Palin appeared on the talk show to debate an angry bishop and a former satirist named Malcolm Muggeridge, who found the Python biblical humor positively sacrilegious.

If I have a complaint about this six-hour documentary, it's that it could have been longer. Idle's recent musical stage triumph, in which he turned the movie Monty Python and the Holy Grail into the Broadway hit Spamalot, is covered, but we don't hear from David Hyde Pierce, Hank Azaria or other members of that show, including Sara Ramirez, now on Grey's Anatomy. And if Spamalot gets its due, why not other Python solo ventures, like Idle's The Rutles: All You Need Is Cash, Palin's Ripping Yarns, Cleese's Fawlty Towers or Gilliam's Brazil? — all of them brilliant.

Yes, there's room for even more. And the DVD version of The Lawyer's Cut includes an additional disc, which does include, among other things, the origin of Fawlty Towers. But even if you just watch the televised version on IFC, you'll be quite entertained — and stay till the very end, because the credits on the last episode close with one final, very solid laugh. It's too good to spoil — but, just like Monty Python, it's something completely different.

David Bianculli writes for tvworthwatching.com and teaches television and film at Rowan University.