Accessibility links
Dispute Over Ballots Could Delay Iraqi Elections At issue in the dispute is whether voters will choose a political party or individual candidates. The party option used four years ago simplified the process and protected individuals from violence, but most Iraqis agree it's better to cast a vote for a candidate. Parliament must pass an election law if polls are to take place in January. 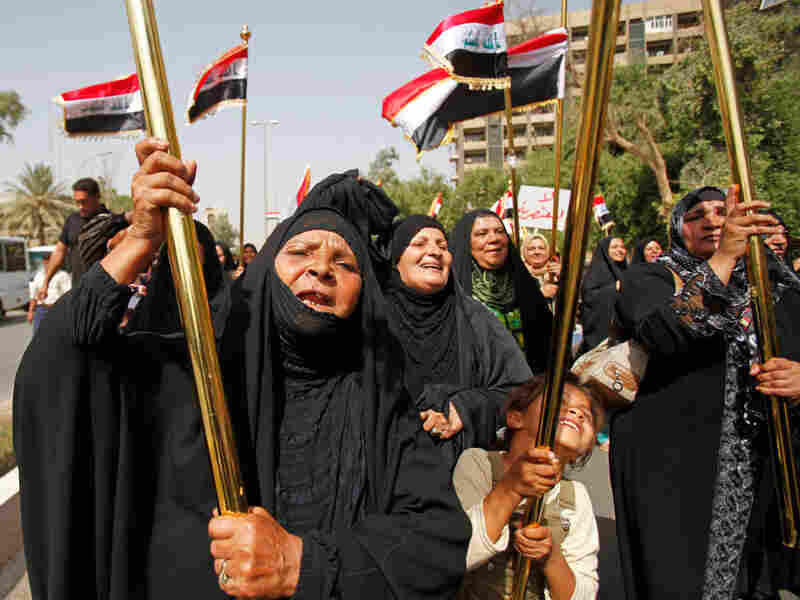 Iraqis chant slogans during a demonstration Saturday calling for an open list of candidates in the next parliamentary elections. Khalid Mohammed/AP hide caption 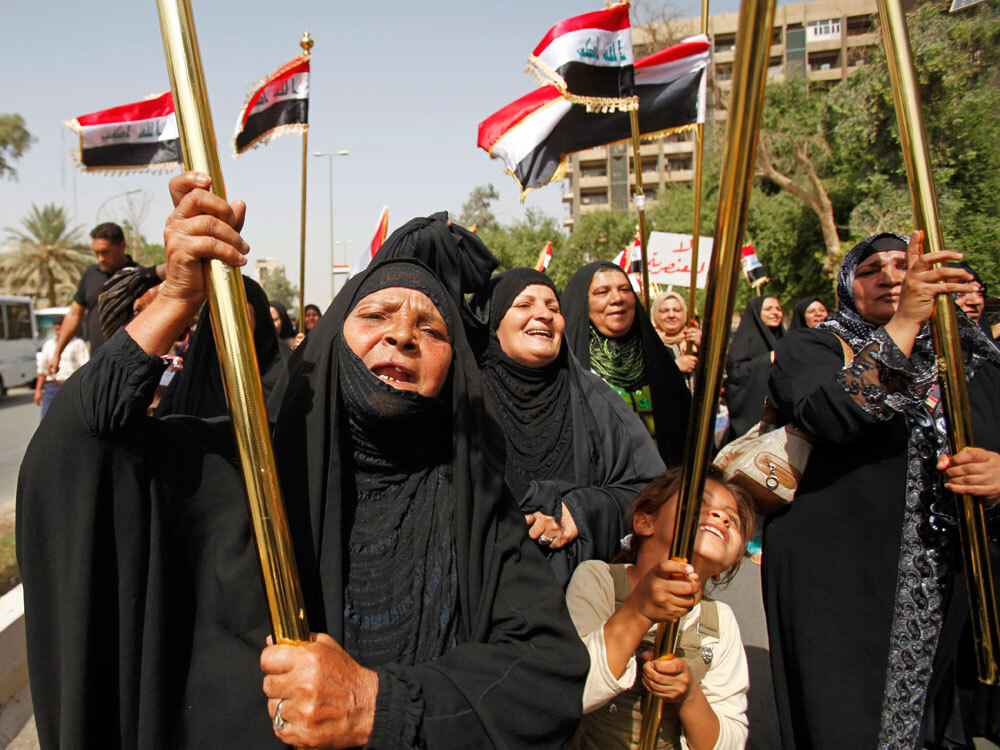 Iraqis chant slogans during a demonstration Saturday calling for an open list of candidates in the next parliamentary elections.

The Iraqi Parliament blew a deadline Thursday to pass an election law needed for polls to take place as scheduled in January. The process got bogged down by a debate over what kind of ballot Iraq should have — and that could have consequences for the United States, which was hoping to start a major troop withdrawal after the vote.

Parliament is still debating "open" or "closed" lists for the elections. Four years ago, Iraq had a closed list, meaning the ballot named only the political parties and not specific candidates. It simplified the process and protected individuals from violence. But most Iraqis agree it's better to cast a vote for an individual.

Still, says independent politician Ahmed al-Abyad, while almost all the parties tell the media they want open lists, during closed meetings, they say they will never allow it.

The parties feel threatened by an open election, Abyad says, because Iraqis could vote out some of the unpopular party leadership. But with public protests for open elections and even the support of Iraq's most important religious figure — the Grand Ayatollah Ali al-Sistani — it is political suicide to favor a closed list. So Parliament has stalled, perhaps hoping to revert to the 2005 election law — with closed party lists.

One political party is bypassing the dispute: Muqtada al-Sadr's populist Shiite movement is holding a primary.

"The party will be forced to choose popular people within their lists," said Salah al-Obeidi, a Sadr spokesman.

He says this will lead to a big change in the map of Iraqi political figures and parliamentary groups. That's important for the future, he says, because after six years of the Iraqi people suffering, "there is no more trust between people and the politicians."

By holding a primary, the Sadrists will make sure that their candidates, even in a closed-list system, have a public stamp of approval. They've registered 300,000 voters across the country and accepted almost 700 candidates. Anyone over 15 can register for the primary, though the voting age for the national election is 18. Candidates must have a college degree, be at least 35 and never have worked with the Americans, whom the Sadrists consistently refer to as the "occupiers."

One thing candidates don't have to be is a member of Sadr's movement.

Haider Farhan, a professor of Islamic art at Baghdad University, has decided to run in the primary.

At a campaign event near campus, Haider tells a small group of students that elections are a human right that was endorsed by Islam 1,400 years ago. He says he's running for a spot on the Sadr list because it's the only one that is now open to the will of the public.

"They don't mix between religion and democracy," she says.

Parliament is now expecting to vote on the election law this Sunday, but that may again be delayed. If Iraq does not carry out elections by January, it will raise serious questions about the government's legitimacy.

American officials made a rare public statement this week urging swift passage of the law. Providing security for the election is supposed to be the last major mission for U.S. troops in Iraq, after which they're planning to start pulling out.