Accessibility links
New Book Explores Best Times For Almost Everything In Buy Ketchup in May and Fly at Noon, journalist Mark Di Vincenzo answers questions about everything from when to defrost your freezer to when to buy a house. He says the most surprising thing he learned is that the best time to ice a burn is "never" — it can cause frostbite. 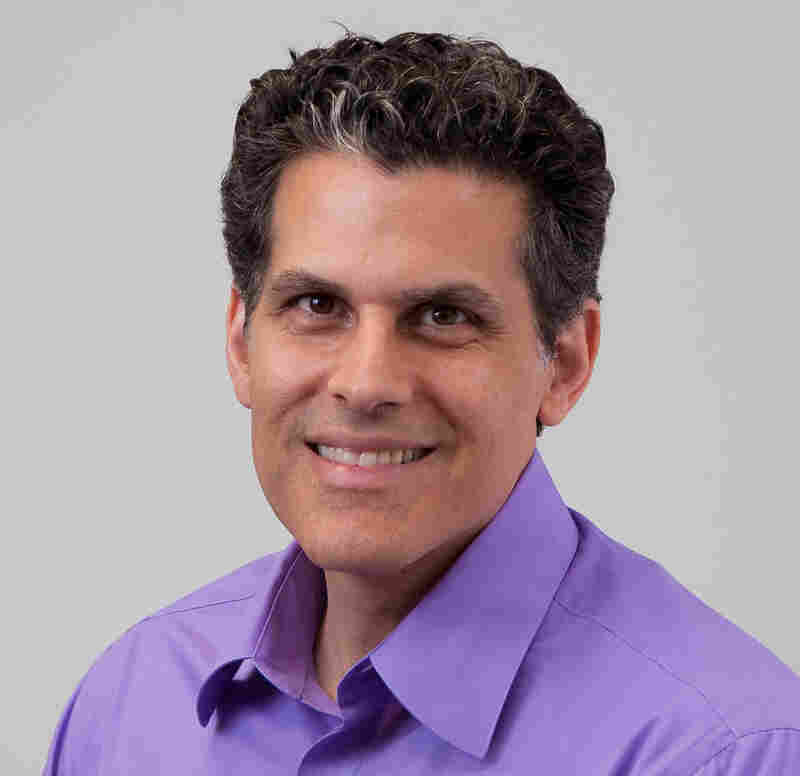 Journalist Mark Di Vincenzo got the idea for his new book, Buy Ketchup in May and Fly at Noon, from his wife, who he says has "10 great ideas a day." Van H. White hide caption 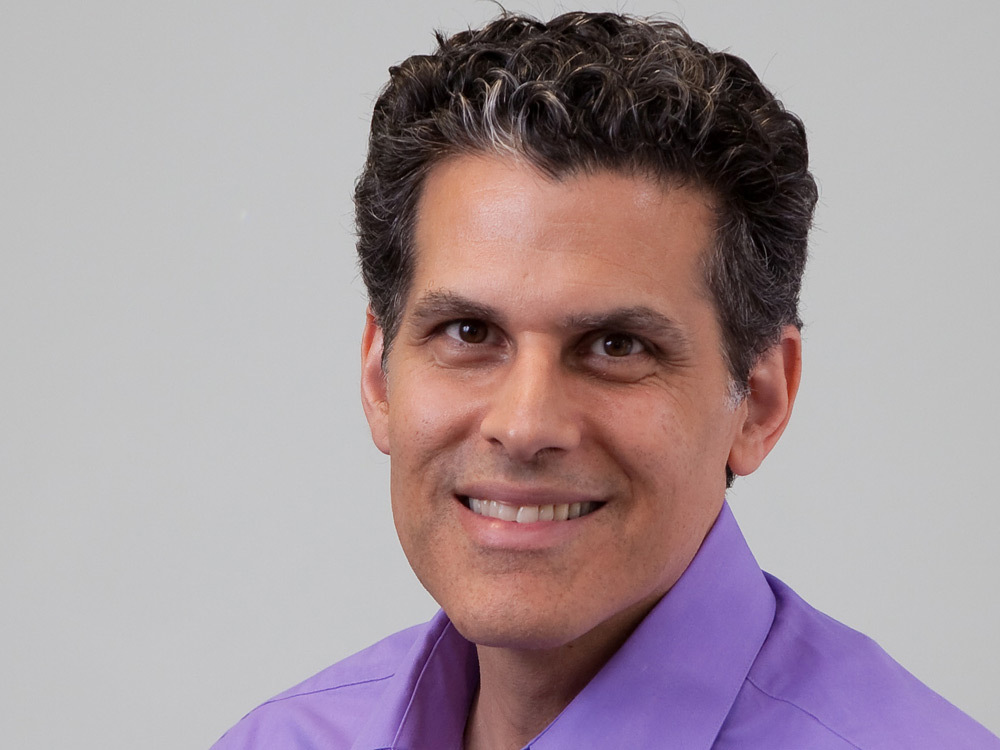 Journalist Mark Di Vincenzo got the idea for his new book, Buy Ketchup in May and Fly at Noon, from his wife, who he says has "10 great ideas a day."

Journalist Mark Di Vincenzo has written a book full of answers to questions that begin "When is the best time to...?"

The carefully annotated Buy Ketchup in May and Fly at Noon addresses activities from when to buy a house to when to defrost your freezer.

So, when should you defrost that freezer? "When the ice buildup reaches one-quarter-inch deep," Di Vincenzo tells NPR's Robert Siegel. "You waste energy if you do it more or less often than that."

The title of the book begs answers, too, such as: Why is May the best time to buy ketchup?

Di Vincenzo says May is the beginning of picnic season, and you can find ketchup, mustard and relish on sale. Stores want to get customers in the door so they'll buy other items.

The book also delves into when students learn best — depending on whether they're exercising long-term or short-term memories.

For long-term, the best time is from 8 p.m. to midnight. The nervous system is "particularly aroused" at 8 p.m. and long-term memory improves over that time, Di Vincenzo says. For short-term memories, it's the morning.

The most surprising thing he learned in the course of researching the book, Di Vincenzo says, is that the best time to put ice on a burn is "never."

"[When] I grew up, if you had a burn on your arm or on your skin, you would just put ice on it right away," he says. "It turns out that it does more harm than good; it slows the healing process and can even cause frostbite."

And he's following his own advice: "I can tell you I stocked up — got a year's worth of ketchup in May."

But Di Vincenzo says he can't take credit for coming up with the idea for his book.

"My wife is one of those people who comes up with 10 great ideas a day," he says. "Unfortunately, I don't listen to all of them, but I listened when she said, 'Hey, you should write a book about the time to do things or buy things or go places.' "

Excerpt: 'Buy Ketchup In May And Fly At Noon' 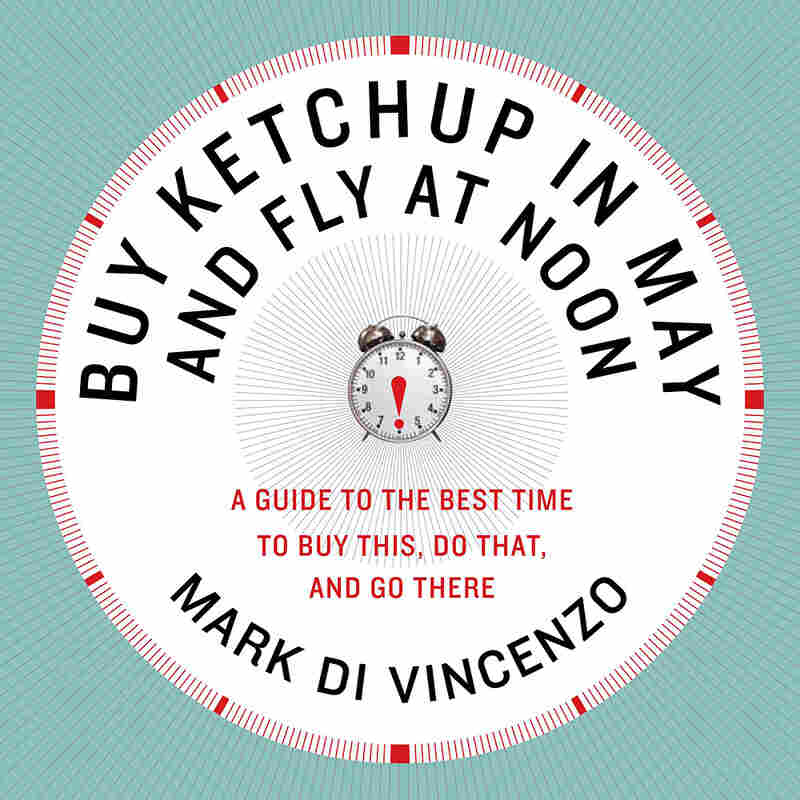 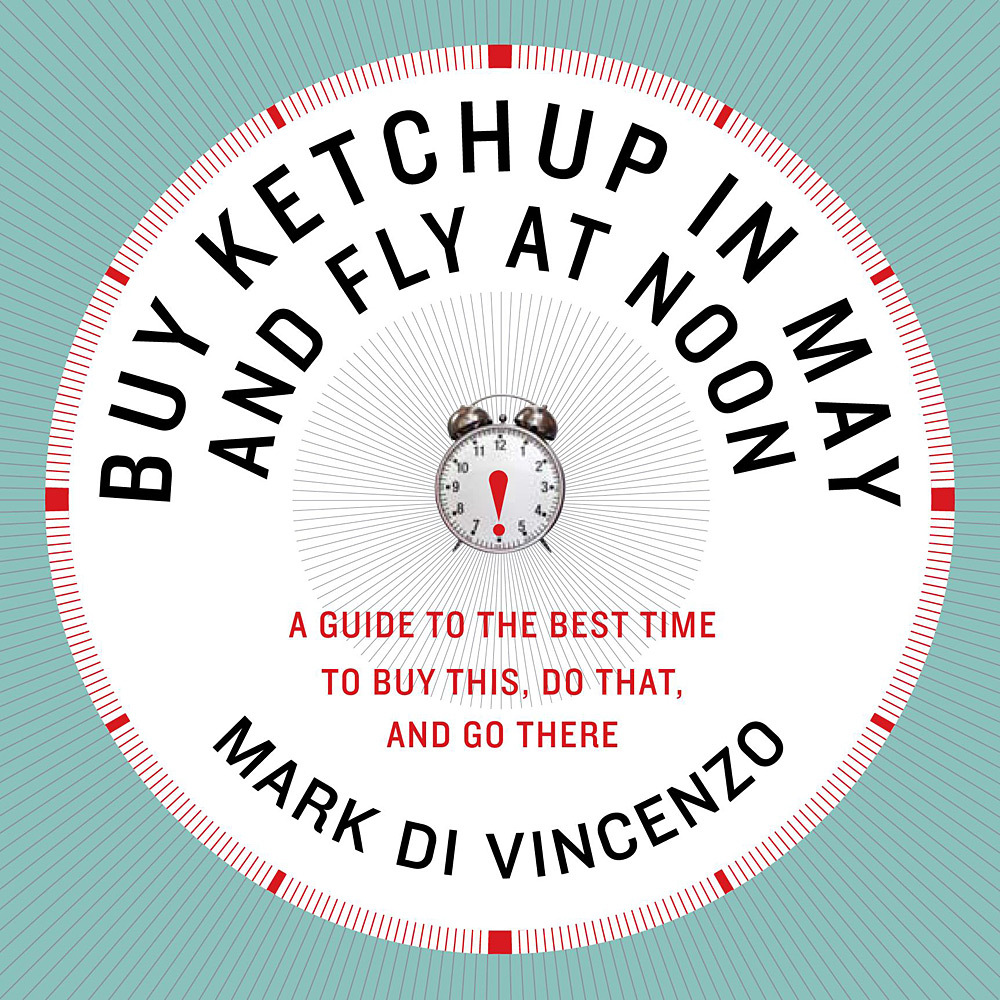 When is the best time to stop renting and buy a house? When it costs less to buy than to rent. And how do you figure that out? Find two similar houses — one for sale and one for rent — and divide the asking price by the annual rent. The answer is the rent ratio. During the 1970s, 1980s, and 1990s, the nationwide rent ratio stayed between 10 and 14, then rose to nearly 19 in 2006, when the housing market topped out. (The rent ratio neared 35 in San Francisco and San Jose in 2006, among the highest in the nation back then.) A rent ratio of 20 or more usually means that it costs considerably more to own than to rent, once you factor in the mortgage, taxes, insurance, repairs, and other expenses. Ideally, you'll buy when the rent ratio is a lot closer to 10 than to 20.

Which is the best day of the year to make an offer on a house? Christmas Day. Huh? Not all real estate agents agree, but those who do offer three reasons: 1) Sellers are in good and generous moods on Christmas, as are most people, and are more likely to come down on the price then. 2) Home prices are at a twelve-month low in December, and some sellers become more desperate as the month wears on without an offer. 3) Sellers are serious about selling this time of year — even on Christmas Day. The key is to find a real estate agent willing not only to work on Christmas but also to worm his or her way into the seller's house. An agent willing to do that for you is a go-getter who will help you close a deal that benefits you.

Which is the best day of the month to make an offer on a house? The first Tuesday. Why early in the month? Because the homeowner just wrote a mortgage check for a house he no longer wants, and he doesn't want to write another one. Why Tuesday? Because he knows by Tuesday that he may not receive more offers from house hunters who saw the house the weekend before. (Many real estate agents swear by this, even though Christmas Day will never fall on the first Tuesday of December.)

When is the best time to buy life insurance? As soon as you become a parent. Or as soon as you get married, if your spouse doesn't have a job. If someone is depending on you to put food on the table and clothes in the closet, it's time to buy life insurance. The sooner you buy it, assuming you're in good health, the cheaper it is. The older and fatter and sicker you are, the more it costs. Don't wait until you're too sick or too old and become uninsurable. At that point, you won't be able to buy coverage, and your survivors will pay a steep price.

When is the best time to buy stocks? As soon as you hear official word that a recession has arrived. Recessions tend to be recognized six to nine months after they begin. That means by the time a recession has been announced, most of the damage to the stock market has been done, so there are plenty of buying opportunities then. You can buy low, then wait for the economy to improve and sell high later.

When is the best time of day for a beginner to trade stocks? Between 11:00 a.m. and 2:00 p.m. The time when an investor makes a trade can affect the outcome of the trade. Don't trade first thing in the morning or late in the afternoon, when market volumes soar and prices can become volatile. Sure, you can make big money doing that, but if you really don't know what you're doing, you can also lose big money. The middle of the day tends to be the most calm and stable period for buying and selling stocks, since that's when people are waiting for news that may influence the market. And stable prices may lead to more predictable returns for investors.

When is the best time of day to break bad news to someone? In the evening. You may not have a choice of when you drop a bomb on someone, but if you do, try the evening, when blood pressure and heart rate drop. The worst time? In the morning. Heart attacks are much more likely to occur between 6 a.m. and noon, when blood pressure and heart rate peak. This unfortunate combination puts stress on arterial walls, which, if blocked, can cause a heart attack. Did you know? A recent study of 117 college students who were asked to review other students' resumes found that the reviewers were more likely to offer negative feedback if they could use e-mail rather than a telephone. Why? The reviewers knew they wouldn't have to see and hear the potential pain caused by the negative feedback. However, the authors of the study recommend against using e-mail in highly personal situations, such as breaking up with your boyfriend or firing an employee.

Which is the best day of the week to file a lawsuit or file for divorce? Friday. Many lawyers say they like to serve papers — as well as engage in lengthy and potentially difficult conversations — at the end of the workweek because others tend to be in a better mood then. And they find they can often do better for their clients if their dealings with opposing lawyers are civil. The worst month? November or December. Lawyers don't want to file lawsuits or start difficult divorce proceedings right before or during the end-of-the-year holiday season. And many judges tend to take a lot of time off in December, forcing lawyers and their clients to wait until the new year for court dates, anyway.

When is the best time of the day to stay off the roads in order to avoid traffic accidents? From 8 a.m. to 9 a.m. and 5 p.m. to 6 p.m. Most accidents occur then — during morning and afternoon rush-hour traffic — so if you can avoid accidents then, you have a good shot of avoiding them altogether. Traffic density aside, it's twenty times more likely that an accident will occur at 6 a.m. than at 10 a.m. Attribute that to sleepy drivers. Studies show that fatigue leads to accidents involving younger drivers more often in the wee hours of the morning, whereas older drivers, who are less likely to be behind the wheel late at night and early in the morning, are more likely to get in fatigue-related accidents during afternoon rush-hour traffic. Did you know? If you feel tired all the time, it could be that your body clock isn't aligned with the demands of your life. Scientists at the University of California at Irvine have found that a single amino acid regulates your body clock, a discovery that could lead to the development of a drug that controls the brain's sleep cycle.

When is the best time of the day to call the police and expect them to show up quickly? Between 3 a.m. and 4 a.m. This time, otherwise known as "the dead hour," is when, according to one cop, "even most of the criminals are asleep." Dispatchers for 911 receive far fewer calls during this one-hour period, so it's more likely that your call, however minor, will receive prompt response from the police. This is not to say that crimes don't happen during this hour. They do, and sometimes they're quite serious. Many police departments make sure they have at least three-quarters of the number of officers working during the wee hours as they do during other, busier times of the day.

When is the best time in your life to start moderately drinking alcohol? Middle age. A study of 7,697 healthy people between the ages of forty-five and sixty-four — 442 of whom were nondrinkers at the start of the study — found that the new drinkers were 38 percent less likely to suffer a heart-related event than those who drank no alcohol. On average, the new drinkers, none of whom abused alcohol, had lower cholesterol and lower blood pressure and experienced no increase in mortality. So if you're middle-aged and you don't drink alcohol, should you start now? Maybe, if you drink moderately, but don't start if your family history includes alcoholism.

From Buy Ketchup in May and Fly at Noon: A Guide to the Best Time to Buy This, Do That and Go There. Copyright 2009 by Mark Di Vincenzo. Published by Harper Paperbacks. Used by permission of the publisher. All rights reserved.