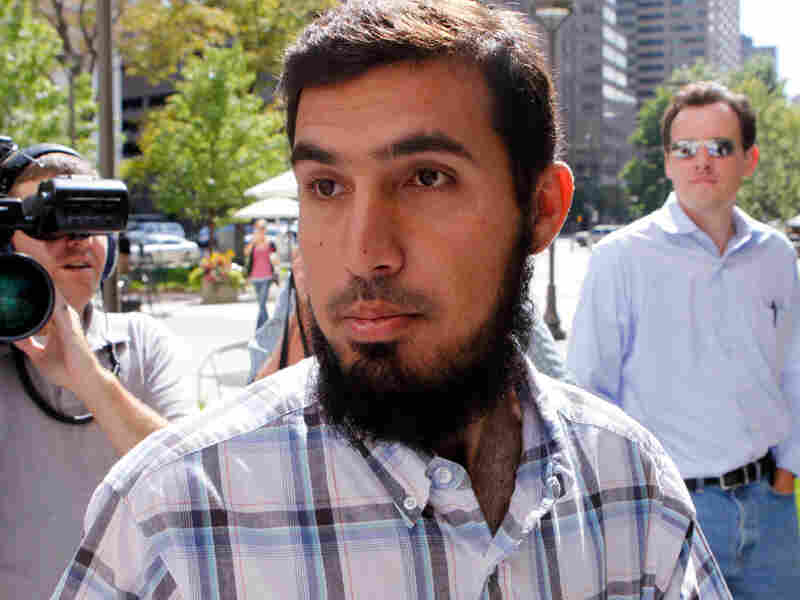 Najibullah Zazi arrives at the federal building for questioning by the FBI in Denver on Sept. 17. Ed Andrieski/AP hide caption 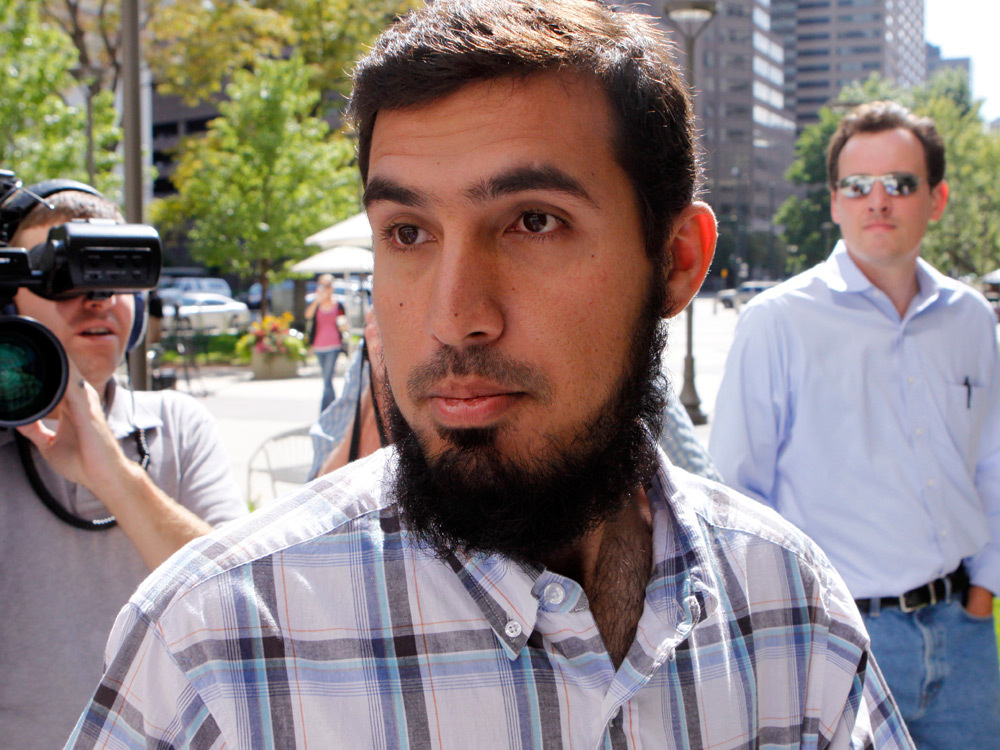 Najibullah Zazi arrives at the federal building for questioning by the FBI in Denver on Sept. 17.

Officials say Denver shuttle bus driver Najibullah Zazi used an intermediary to contact Mustafa al-Yazid, the head of al-Qaida's operations in Afghanistan. Yazid is perhaps best known for saying earlier this year that he would use nuclear weapons against the U.S. if only he could get his hands on them. The Zazi connection to Yazid was first reported by The Associated Press.

While officials would not characterize the nature of their contact, the fact that Zazi could actually reach out and get hold of a top al-Qaida operative in Afghanistan is significant. This is the third time in the past few years that al-Qaida's top leadership appears to have given recruits with U.S. ties some sort of special consideration or attention.

"I think al-Qaida is always in search of interesting operatives who can operate in the West, and in particular, in the United States," said Juan Zarate, a former deputy national security adviser for terrorism in the Bush administration.

Could Have Been A 'Coup' For Al-Qaida

Zazi appears to fit the profile of an "interesting operative." He's an Afghan immigrant who had lived in the U.S. for 10 years. His lawyer told NPR that Zazi was about to apply for his green card. Until he was arrested last month, he had never been in trouble with the law. And because of those factors, he was able to move freely around the U.S.

Zarate says that combination would have been a coup for al-Qaida. "A coup for al-Qaida in this instance would be the ability to create the kind of threat in the homeland that al-Qaida has tried to foment ever since 9/11," said Zarate. "And I think that, for authorities, is the chilling dimension of this."

Authorities say Zazi, 24, trained at an al-Qaida camp in Pakistan last year. They accuse Zazi of trying to make homemade explosives using ingredients from beauty supply stores purchased in the Denver area. The FBI says it found chemical residue consistent with bomb-making in a hotel room Zazi rented just days before the anniversary of the Sept. 11 attacks.

The growing concern is that al-Qaida is getting better at recruiting operatives. Sen. Joseph Lieberman asked FBI Director Robert Mueller about the problem at a recent committee hearing on security. Mueller acknowledged his concern but offered no solution.

"I think it is fair to say that all of us are concerned by it," Mueller said. "For the last several years, we've picked up intelligence that al-Qaida has made a concerted effort to recruit Europeans and Westerners."

You don't need secret intelligence to know that. The examples are public.

Just two years ago, a young man from Long Island, N.Y., named Bryant Neal Vinas trained with al-Qaida in Pakistan. He allegedly sat in on high-level al-Qaida meetings to discuss possible attacks. Al-Qaida leaders allegedly asked Vinas about the Long Island Rail Road and for advice on how to target trains in New York.

Vinas was arrested in Pakistan before he was able to come back to the U.S. He's now in jail in New York, and FBI agents have said he is a gold mine of information about al-Qaida and its recruitment.

"You do get the sense that the authorities, the law enforcement authorities, have a much better sense of how to assess who really has trained in a terrorist training camp and what that means," said Karen Greenberg, the executive director of the Law and Security Center at New York University.

Greenberg says the Zazi case reminds her of a terrorism arrest in Ohio in 2007. The suspect in that case was a Muslim convert named Christopher Paul. "He had an affiliation with al-Qaida and had trained in an al-Qaida training camp, and he had an interest in using chemical explosives," she said.

By the time Paul was arrested in 2007, authorities had found chemical residue from bomb-making in his house and evidence that he had trained at al-Qaida camps. He is now serving 20 years in a federal prison.

Experts like Lt. Col. Reid Sawyer of West Point's Combating Terrorism Center say that in each of these cases, the connections with core al-Qaida operatives are key. "Because every major attack we've seen since 9/11, or the plots that have come closest to attacks, have all been tied to al-Qaida in Pakistan or Afghanistan. And that is the important factor when you look at these cells," he said.

That's why the revelation that Zazi had contact with a top al-Qaida leader has so focused the minds of law enforcement officials. Those close to the investigation tell NPR that they still have a handful of people under surveillance, and they expect arrests will follow.