Accessibility links
Rush To Judgment? NFL Fumbles Limbaugh Bid Rush Limbaugh's business partners have dropped him from a team bidding to buy the St. Louis Rams. The radio personality may be wide right, but whatever message the National Football League was trying to send about Limbaugh's potential involvement was poorly handled. 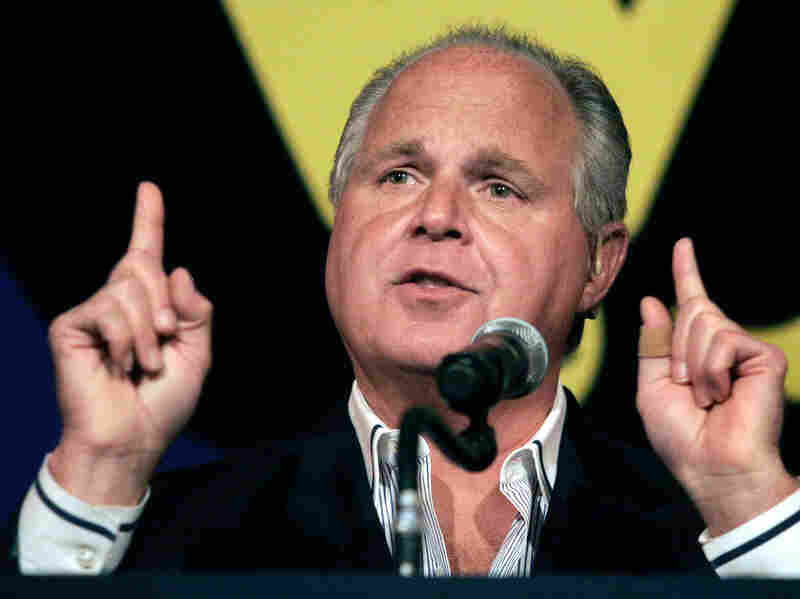 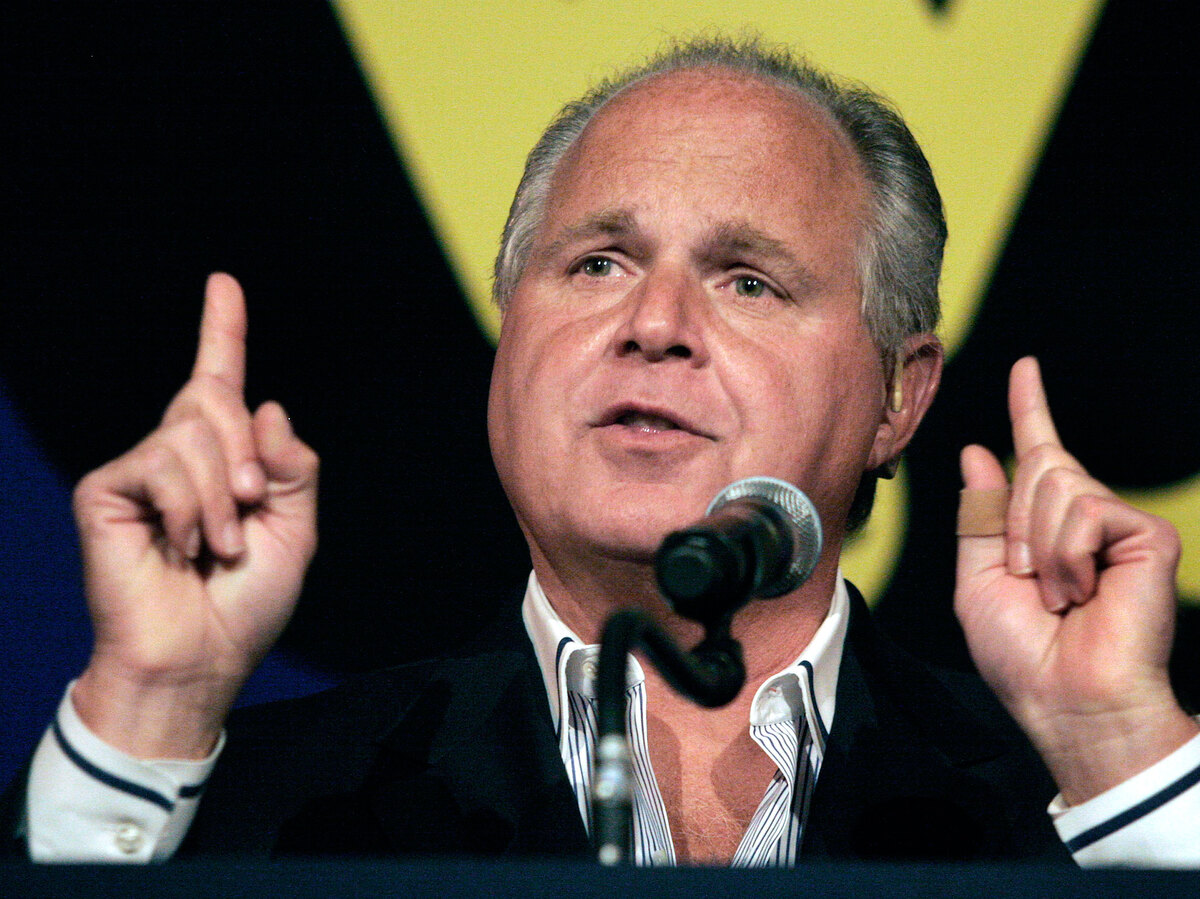 In case you haven't heard, talk radio king Rush Limbaugh was recently involved in a bid to buy the St. Louis Rams. Wednesday, Dave Checketts, the businessman behind the $750 million deal, dumped Limbaugh from the running.

As controversial as the man himself.

"It has become clear that his involvement in our group has become a complication and a distraction to our intentions; endangering our bid to keep the team in St. Louis. As such, we have decided to move forward without him." These are Mr. Checketts' words, as issued in a statement Wednesday.

Going into this bid, Limbaugh and company knew this would garner attention. On Tuesday, NFL Commissioner Roger Goodell openly expressed his disinterest in accepting Limbaugh into the league when he remarked that Limbaugh's knack for "polarizing comments" was not an accurate reflection of what the NFL is committed to.

Here's the thing: Despite the observed general distaste toward Limbaugh's St. Louis bid, this situation has been handled miserably. Here's a guy with an apparently genuine interest in the National Football League and the St. Louis Rams, merely trying to take advantage of ripe opportunities. The media hounded his leap from conservative radio to potential professional sports team owner as though he were vying for the presidency.

As MSNBC's Keith Olbermann so bluntly questioned: "There's now gonna be character tests for sports owners?" Olbermann is right. Perhaps if a universal moral compass aligned us all more piously this wouldn't be an issue. But it is. For as unfair and biased as Limbaugh's judgments may be, the media have been just as wrong as he in their criticisms and attacks on Limbaugh's venture. Here was an opportunity for him to do something different — an opportunity that could have portrayed this man in another light, shed insight into Limbaugh's notoriously private world and perhaps even allowed others to better understand him — and vice versa. Though his bid quickly dissolved in large part owing to his controversial reputation (a reputation, mind you, he built on his own), it's maddening to consider how other potential buyers and deals are treated and handled. This fiasco reeks of unprofessionalism.

He might blame the liberals, those pesky left-wing radicals who sabotaged his efforts once again. But it wasn't the liberals — and it wasn't entirely his own doing, either. The NFL reserves every right to reject Limbaugh as a business partner — but it should have tested the waters first.

I hate to say it, but the NFL jumped on the gun on this one — and it will only provide Limbaugh with more verbal ammo. Be prepared.

Emily K. Schwartz is a contributor to NPR.