Accessibility links
Study: When Soda Fizzes, Your Tongue Tastes It Every time you crack open a soda, your taste buds may help you get the full experience of the carbonated beverage. A new study shows that your tongue's sour-sensing cells may be partly responsible for the sensation of carbonation's fizz. 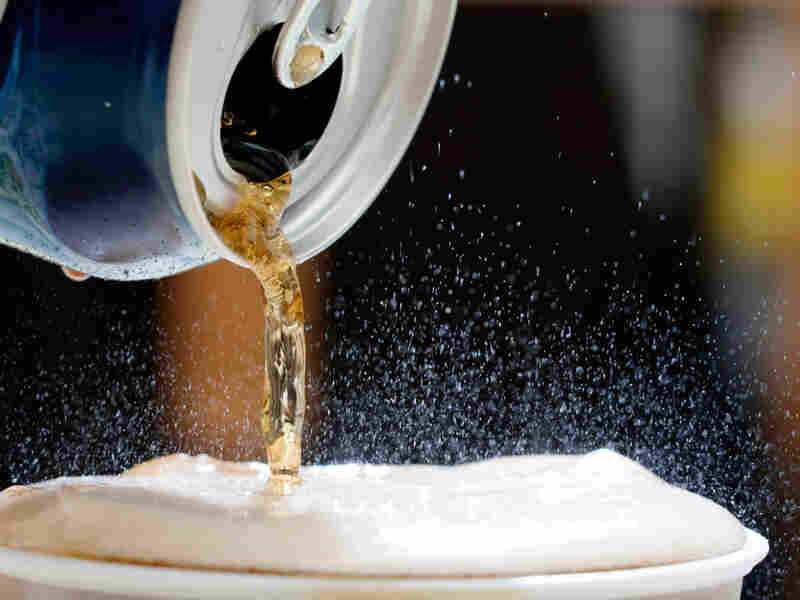 Every time you crack open a soda, your taste buds may help you get the full experience of the carbonated beverage. Arthur Carlo Franco/iStockphoto.com hide caption 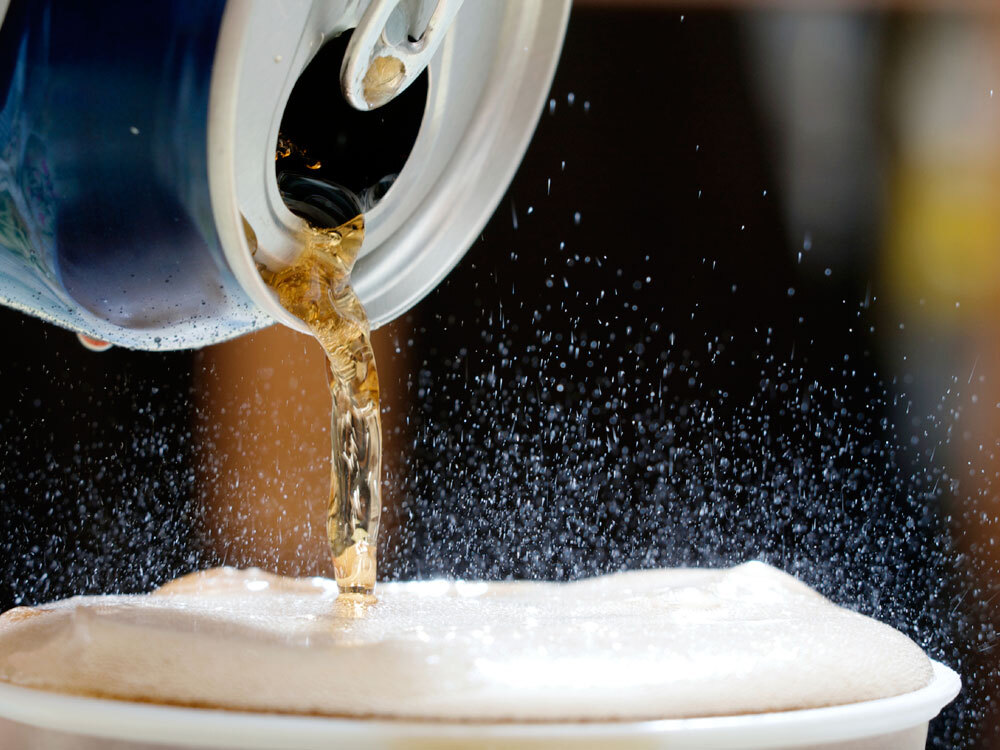 Every time you crack open a soda, your taste buds may help you get the full experience of the carbonated beverage.

Every time you crack open a soda and enjoy a bubbly concoction, you can thank your tongue's sour-sensing cells for helping you get the full experience of a carbonated beverage.

That's because a new study shows that cells in taste buds that respond to sour stimuli also seem to be the ones responsible for tasting the carbonation's fizz.

"When you drink a carbonated drink, you really think that you're detecting the bubbles bursting on your tongue, don't you?" says Nicholas Ryba, a senior investigator at the National Institutes of Health in Bethesda, Md.

But Ryba notes that when people drink carbonated beverages in pressure chambers set up to keep the bubbles from forming, "the sensation you get is actually the same." That suggests the effect comes not from the bursting bubbles, but the carbon dioxide itself.

A Taste Test For Mice

To find out how the taste system responds to carbon dioxide, Ryba's lab collaborated with the lab of Charles Zuker, a researcher now at Columbia University in New York. Together, the scientists had previously identified receptor cells for sweet, bitter and sour, and a savory taste called umami.

By monitoring the activity of a nerve that carries signals from taste receptor cells in the tongue, the team looked at the carbon dioxide response in strains of mice that had been genetically engineered to lack cells needed to sense specific tastes. "In our previous work, we've generated a number of genetic lines of mice that are missing cells required for particular taste qualities," Ryba says.

"It's really clear that cells that mediate sour also are required for the taste of carbonation," Ryba says.

What's more, the researchers found that sour-sensing cells have a certain enzyme on their surfaces, according to a report on the research in the journal Science. This enzyme, carbonic anhydrase 4, belongs to a family of enzymes that respond to carbon dioxide.

"This is a particularly interesting carbonic anhydrase. It's actually stuck on the outside surface of cells," says Ryba, who says it appears to cause a reaction with carbon dioxide that generates acidity just outside the sour-sensing cells. "That's why we think carbon dioxide causes a taste response."

Earl Carstens of the University of California, Davis, who has studied the perception of carbonation, says that when he drinks soda, he normally thinks about the tingling and burning sensation that's slightly pleasant at the back of the throat — feelings he says are caused by carbonic acid triggering sensory pathways that register things like pain.

"But this paper says there's also a distinctive taste component that you should be aware of, too," Carstens says. "And it's distinctly different from just regular water."

Carstens says that he and other researchers have long known that the carbonic anhydrase enzyme must somehow be involved in the enjoyment of carbonation, because mountain climbers who take altitude-sickness drugs that block this enzyme have reported that champagne and other bubbly beverages taste like dishwater.

The Big Business Of Tiny Bubbles

It's unclear why animals developed the ability to sense carbonation. It may have evolved to help them detect fermentation in foods. Or, it could just be a serendipitous byproduct of a system set up to help regulate the pH balance of cells in the taste buds.

Regardless of how the tongue developed its ability to detect carbonation's special taste, that taste might help explain why carbonated beverages are such big business.

"Soft drinks are actually the most consumed beverage in the U.S.," says John Sicher, editor and publisher of Beverage Digest, a magazine that covers the global nonalcoholic beverage business. "Americans spend about $73 billion a year on sodas," he said.

The average American drinks about 760 8-ounce servings each year, or roughly two carbonated beverages a day, says Sicher. But he adds that consumption of soda has been decreasing in recent years, as people increasingly choose bottled water.