Accessibility links
Explaining Science With Substance ... And Style Scientists sometimes have a hard time communicating new research in a way that makes a more general audience care. In his new book Don't Be Such A Scientist, Randy Olson — a marine biology professor turned filmmaker — shares his hypotheses about why scientists need to communicate their substance with a little more style. 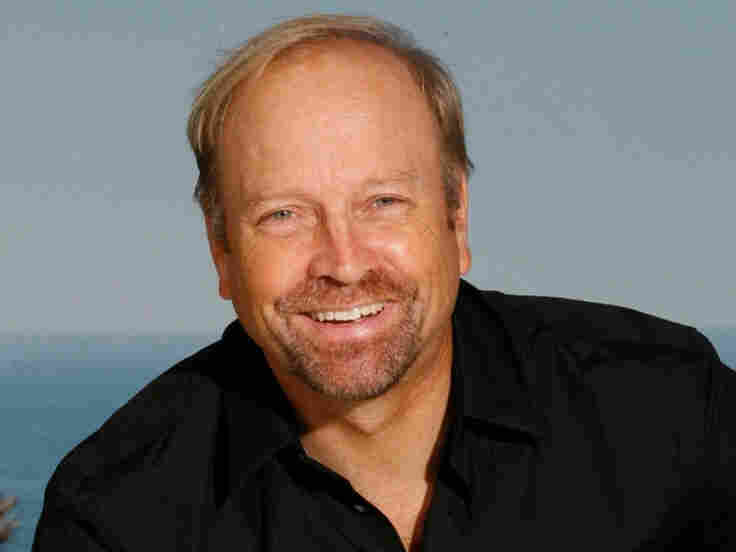 In 1994, Randy Olson left his tenured spot at the University of New Hampshire for a career in Hollywood. "I knew a lot," he recalls. "I figured I must know more about communication than the 'idiots' in Hollywood. Boy, was I wrong." Island Press hide caption 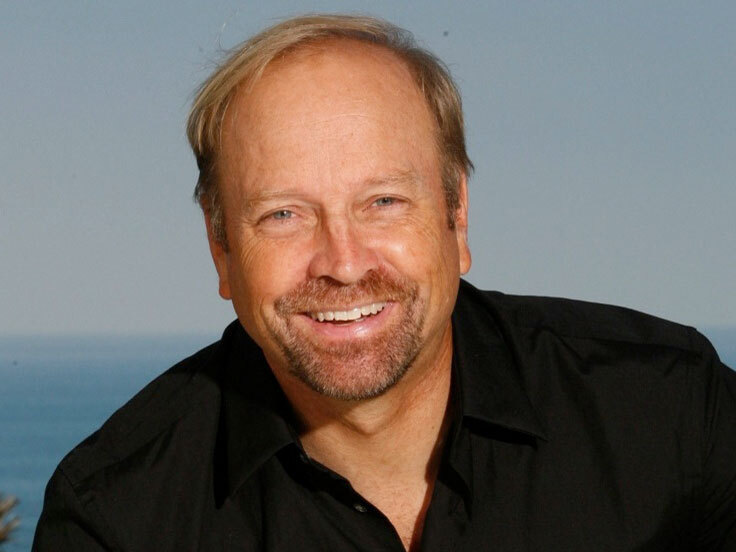 In 1994, Randy Olson left his tenured spot at the University of New Hampshire for a career in Hollywood. "I knew a lot," he recalls. "I figured I must know more about communication than the 'idiots' in Hollywood. Boy, was I wrong."

Scientists sometimes have a hard time communicating new research in a way that makes a more general audience care. In his new book Don't Be Such A Scientist, Randy Olson — a marine biology professor turned filmmaker — shares his hypotheses about why scientists need to communicate their substance with a little more style.

"With the knowledge of science we can solve resource limitations, cure diseases, and make society work happily," he writes, "but only if people can figure out what in the world scientists are talking about and why they should care."

Excerpt: 'Don't Be Such A Scientist' 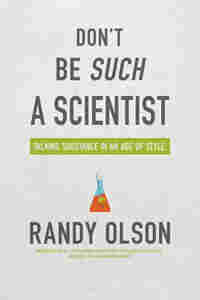 "You think too much! You motherf***ing think too much! You're nothing but an arrogant, pointy-headed intellectual--I want you out of my classroom and off the premises in five minutes or I'm calling the police and having you arrested for trespassing. And I'm not f***ing joking, you a**hole."

Well. That was my introduction to Hollywood, complete with the personalized profanity. Thirty-eight years old. Just resigned from my

tenured professorship of marine biology. Invested every cent to move to Hollywood. Entered film school at the University of Southern California and signed up for an acting class with this crazy teacher, now blowing her lungs out at me in front of the class.

To make matters worse, I had been warned. A screenwriter buddy got me into the class. He was friends with the teacher. His warning went like this: "She has laser beams for eyes and can see into your soul. Don't even think

about questioning her. Just listen to every word she says and know she's always right. She's the best acting teacher in Hollywood — she's worked with everyone from Dustin Hoffman to Al Pacino. Don't think you're smarter than her."

He said that over a game of pool, along with a variety of tall tales involving his Hollywood adventures, some of which I felt certain were hugely exaggerated. The "laser beam eyes" bit made it seem like just more of his hype.

So here I am. Standing in front of two dozen kids — all twenty-something hipster/aspiring actors, now roaring with laughter as this version of Bette Midler-on-angel-dust tears apart "the old dude."

I stand before her, hands at my sides, palms open, saying, "I'm sorry, I'm just here to learn about acting." It's the first night of class. She teaches the Meisner technique — one of the most highly respected forms of training for actors. It revolves around repetition exercises: Two students stand in front of the class. One says, "That's a lovely blue sweater." The other replies, "This is a lovely blue sweater?" The first one repeats, "That's a lovely blue sweater." If the original statement is sincere, the repetitions take on a sweet tone until someone finally feels an emotion and expresses it by saying something like, "Thank you for the compliment." If the original statement is sarcastic, it doesn't take long for the sweater wearer to end the exchange with an insult.

Like a pack of wild hyenas, the entire class erupts with screaming, almost violent, laughter. The little sweetie looks to them with a smile and a gesture of "Boo-yah!" The teacher watches with fire in her eyes, and I'm supposed to answer.

"I'm going bald," I reply with a nervous, humiliated smile.

We trade the line twice more, and then it happens. The venom-spewing tirade begins with "How does that make you feel?" as the teacher jumps up from her chair and confronts me.

I shrug. I've been living in university settings for twenty years. Baldness has been a badge of legitimacy in that world. I've looked in the mirror. I can see it. No need to get mad at me. Everyone says I'm a nice guy. I'm just here to learn. "I don't know," I reply. "No big deal."

The fire escalates. "What do you mean you don't know? We want to hear what you're feeling. We want to see what you're feeling. Don't try to stand here and tell us you have no feelings. This beautiful young girl says you're going bald, like a pathetic limp-dick old man. She's insulted you. Now I'm asking you again, How does that make you feel?"

Again I shrug and smile — and even make the fatal mistake of saying, "I'm not feeling anything." To which I should have added, "Why should I? I'm a scientist."

The veins were bulging out of her wrinkled neck as she blasted forth. "You cannot, I repeat, cannot come into this classroom and have no feelings. You can be sad, you can be glad, you can be mad, but the one thing you can- not do is tell us you've thought things through and have no feelings. That's what intellectuals do. They intellectualize the world. They move it all into their heads. They suck the life out of life. And that's why nobody wants to watch an intellectual act. Actors act. They actually do things. Intellectuals don't act, they think and talk."

And that's where this book begins — with the realization that as an academic I had been trained to think rather than act. I heard that, and a whole lot more, in this acting class in 1995.

I did leave the premises that night, and I was definitely rattled. They say that fear of public speaking is one of the most widely shared phobias. I'm guessing that fear of public acting in front of a pack of attractive kids who are laughing at you has to rate right up there, too. I stayed up for hours that night talking on the phone to old friends, wondering what the hell I had got-ten myself into and giving some thought to the possibility that the move to Hollywood was simply a bad idea. It wasn't too late to slink back to New Hampshire and cancel my resignation, though I kept flashing back to the scene in An Officer and a Gentleman where Richard Gere is doing push-ups in the rain, crying and screaming at the sergeant, "I got nowhere else to go, sir!" That was kind of my predicament.

I spoke with my screenwriter buddy the next day. He called the teacher up. She didn't know I was his friend. Being pure Hollywood, she melodramatically apologized in front of the class the next night for having treated me so poorly, then told me to sit down and shut up, and continued to abuse me for the next year.

The class was of moderate interest then and for a while after. But it all changed in 2002, when I returned to working with academics. Suddenly the experiences of that course came raging back like a flood of suppressed memories.

I found myself listening to scientists and, even worse, science communicators and thinking back to that wretched woman screaming at me — "You're too cerebral! Stop thinking and act!" I began seeing all the worst traits from acting school played out instinctually by these folks.

The acting class was the pivotal moment in my life, causing my fragile intellectual noggin to crack wide open and the former professor to see his scientist's life in a new light. It gave me a 180-degree different perspective on my previous profession. For fleeting moments I could actually see and hear the consequences of so much education and development of the brain. All of which eventually led me at times to begin saying to old science friends and colleagues, in trying to help them communicate better, "Don't be such a scientist!"

From Don't Be Such A Scientist by Randy Olson. Copyright 2009 Randy Olson. Reproduced by permission of Island Press, Washington, D.C. More information at www.dontbesuchascientist.org