Accessibility links
Suspicions Arise About Boy's Balloon Saga The 6-year-old Colorado boy who was thought to have floated away in an experimental balloon raised eyebrows when he said in a TV interview, "You guys said we did this for a show." When asked to clarify what he meant during another TV interview, the boy got sick. 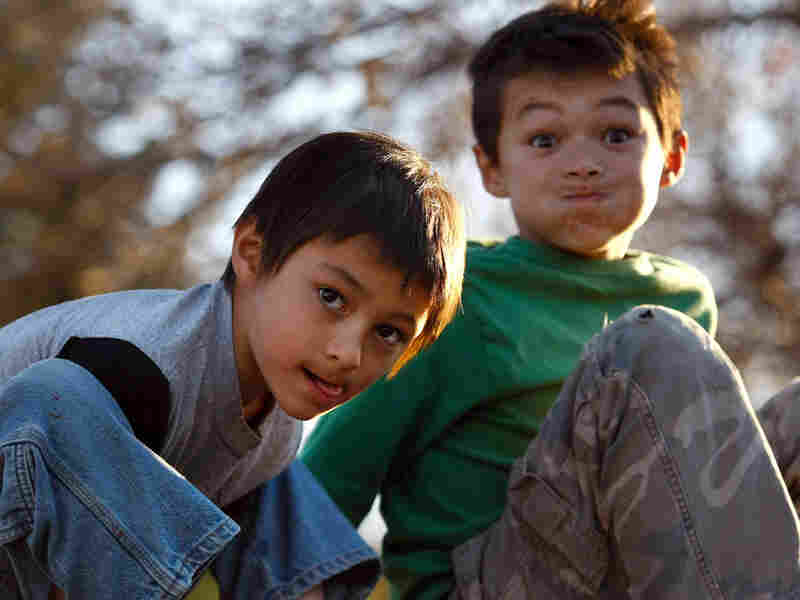 Falcon Heene (left), 6, and his brother Ryo, 8, are shown outside their home in Fort Collins, Colo., on Thursday after Falcon was found hiding in the attic. John Moore/Getty Images hide caption 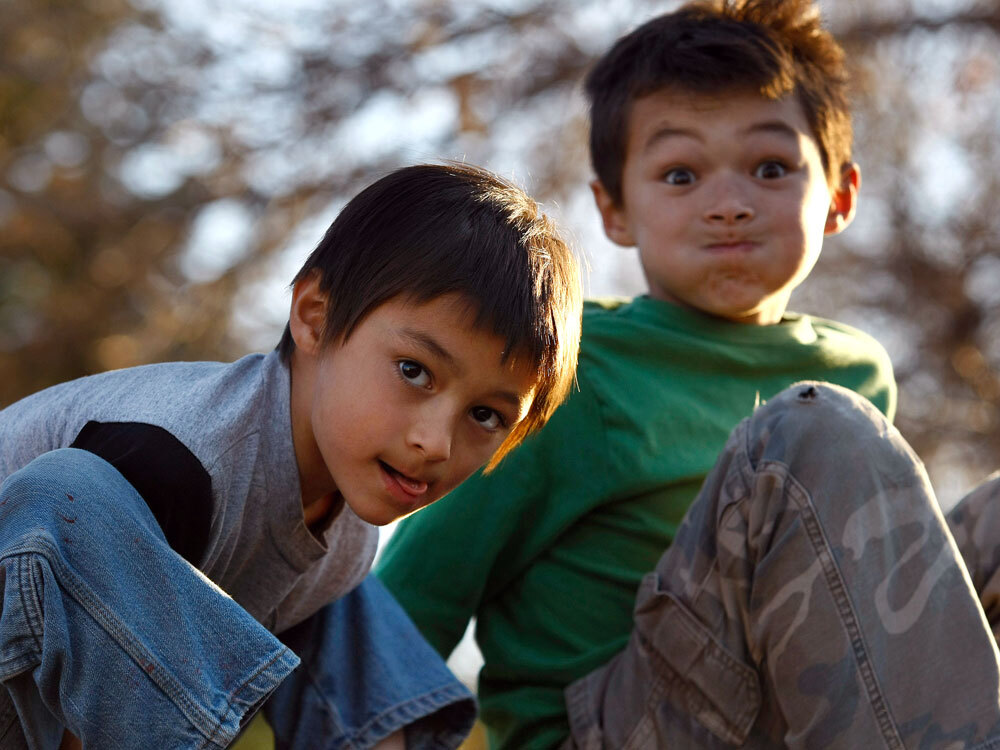 Falcon Heene (left), 6, and his brother Ryo, 8, are shown outside their home in Fort Collins, Colo., on Thursday after Falcon was found hiding in the attic.

A 6-year-old Colorado boy who was thought to have floated away in an experimental balloon Thursday was found hiding inside his family's home — but only after hours of breathless television coverage of the balloon's flight north of Denver, and frantic searching on the ground. Now speculation has emerged that the incident may have been a publicity stunt.

As television viewers across the country watched the silvery balloon float through the sky, rescuers scrambled to figure out how to get at the boy everyone thought was inside. But 6-year-old Falcon Heene — surrounded by his family — told CNN Thursday night that all along he was safe and spent much of the time asleep.

Dad: It's 'Disgusting' To Suggest Colorado Balloon Drama Was A Hoax

Asked why he didn't come out of hiding when he heard people calling his name, Falcon said to his parents on camera, "You guys said that we did this for the show."

When the father, Richard Heene, was asked about that Thursday, he seemed uncomfortable and said he was appalled by the question. After Falcon and his father were again asked about the comment during national TV interviews Friday, Falcon got sick.

The family's history in the spotlight is fueling speculation that the incident was a hoax. They were on the ABC reality show Wife Swap last spring, and they have 55 videos posted on YouTube. Authorities say they're continuing to investigate the case.

The saga began Thursday when the homemade helium balloon slipped away from its tether in the yard. The father had scolded Falcon for playing inside the balloon while he was working on it in the yard, and an older brother saw Falcon go inside a compartment in the balloon but had not seen him come out. 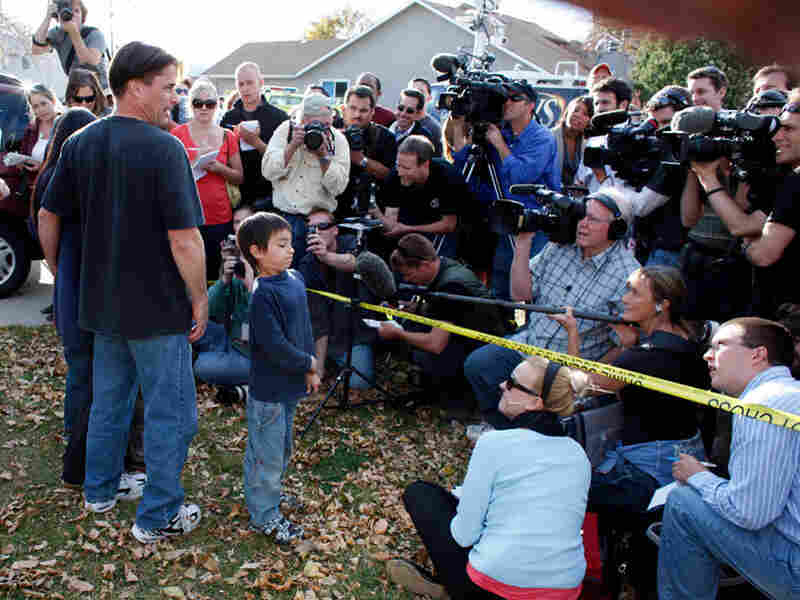 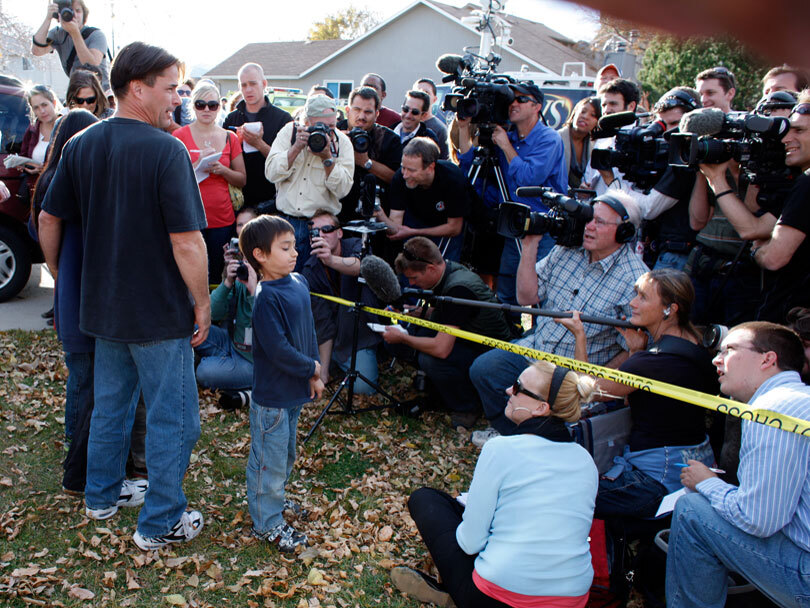 Six-year-old Falcon Heene (front right) joins his parents Richard and Mayumi during a news conference outside the family's home in Fort Collins, Colo. on Thursday.

The family panicked and called KUSA-TV, asking for help from the station's news helicopter.

"They were distraught and they were begging for the help of Sky 9," said anchor Kim Christiansen. "They gave us a few details about this aircraft that they had built at their home. And they said their 6-year-old son was in it, and it was tethered and somehow it had become untethered and it had lifted off."

The balloon traveled for about 2 1/2 hours. About 50 miles away, it alighted on a freshly plowed field. Cameras zeroed in as rescuers cut away at the material. But there was no boy inside.

Richard Heene later told CNN that he had pretty much lost it at that point.

Police had started searching a park near the family's home. A short time later, Larimer County Sheriff James Alderden was holding a news conference when he was interrupted with good news: The boy had been located.

The sheriff stepped away for a few seconds to get details, then came back to the microphones, saying, "He was in the attic, in the garage, in a box."

Whatever The 'Balloon Boy' Lesson Is, We've Apparently Already Forgotten It Oct. 16, 2009