Accessibility links
Age, Gender Skew Group Health Care Rates Most American workers may be unaware that their insurance rates are based on the demographics and medical claims of their co-workers. When a serious medical condition strikes, especially at small companies, everyone can be affected. 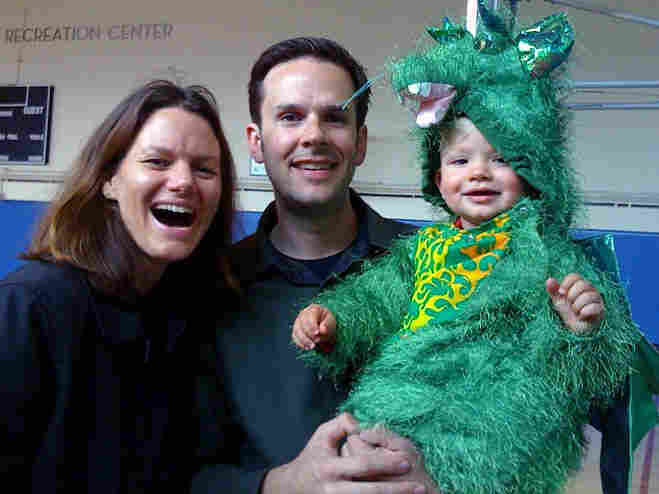 Sarah Varney's employer-provided HMO covers her, her husband and their son. The premium — including what her employer pays — is $1,600 a month. Varney decided to find out why her insurance is so expensive. Courtesy of Sarah Varney hide caption 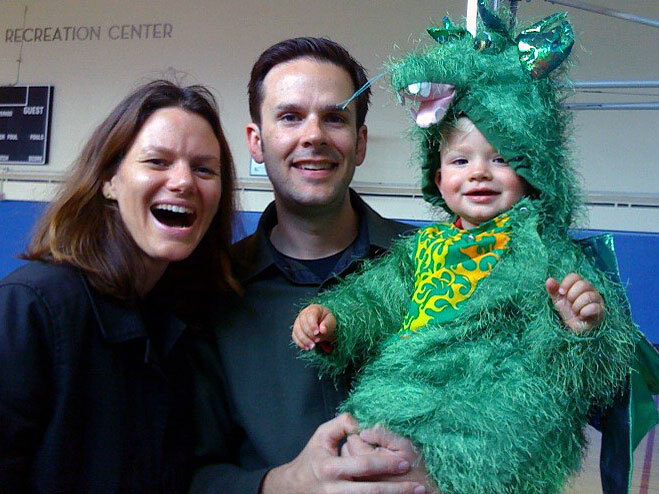 Sarah Varney's employer-provided HMO covers her, her husband and their son. The premium — including what her employer pays — is $1,600 a month. Varney decided to find out why her insurance is so expensive.

Perplexed by the unusually high rates she was paying for her employer-provided health insurance, NPR member station reporter Sarah Varney set out to better understand the system. She discovered that small companies' rates are dictated by the demographics of their work force — and when the work force is small, it can spell complications, higher prices or both.

We've heard a lot about how tough it can be for people to buy health coverage directly from insurers. They can be charged more if they're older, sicker or female. You might think that if your employer provides your health insurance, you're immune from all that.

Well, it may surprise you to learn that how much you pay can have a lot to do with what your co-workers look like.

Looking at my paycheck, there's a long list of taxes and deductions: Social Security, Medicare and a little money toward my retirement. The biggest deduction of all? My health insurance premium — it's a whopping $600 a month for a standard Blue Cross HMO plan for my husband, my toddler and me. My employer kicks in another $1,000 for a grand total of $1,600 a month.

That's a lot more than what other businesses of the same size in San Francisco pay, and I wanted to know why. I approached Joanne Carder, head of the human resources department at my public radio and television station in San Francisco. It turns out that my company pays a lot more for our health plan — but not because it's some fancy "Cadillac" coverage.

"We have a — I don't know how to say this — an older workforce," Carder says.

The average age of employees here is 47. That's more than seven years older than the regional average.

"That's a pretty big age difference," says Ed Kaplan, national health practice leader at Segal Co., a human resources consulting firm. "A group with an average age in the late 40s versus 39 — that could be a 10 to 20 percent difference in medical cost just for age difference."

Kaplan spends his days poring over spreadsheets used to set insurance rates around the country. The actuarial tables don't lie about our age. Every year we get older, our medical claims go up another 1 to 2 percent, he says. It's one of the first questions prospective insurers ask an HR department.

For companies with more than 1,000 workers, insurers are more likely to base their rates on historical claims data. But for smaller companies, health plans rely more on age and gender.

"In the private market, group insurance is really social insurance," Kaplan says. "In a typical employer group, roughly half the employees will have no claims in a given year, and they are paying a premium. And there's some people in that workforce who are going to have $100,000 in claims."

As a younger, healthier person, I may subsidize the older workers at my company who need more medical care. But I also get something out of it — my co-workers who don't have kids help subsidize coverage for my family. And that's the point of group health insurance: We all take our chances together.

The health care bills under debate in Congress would do little to change how insurers set prices for employer-sponsored health plans. Also, they do nothing to solve this hiccup in the free market — that insurance companies might decide you're not a customer they want.

'Insurance Companies Are Businesses Too'

"We are a nonprofit agency," says Lily Chin, KQED's benefits manager, "and being nonprofit is not very attractive to insurance."

Chin says insurers have told her they won't underwrite nonprofits for fear that they'll go belly up. Others won't give her a quote because our company — with about 240 employees — is too small. Yes, insurance companies are businesses, too. They have target markets, sales goals and preferred customers.

"Some underwriters, insurers go for certain types of industries more than others," Kaplan says. "For example, they may go for more professional groups rather than blue-collar industries or things of that nature. So there's all these different mix of markets they go after, and that is based on their history — are they making more or less money in a segment of the market or in certain regions of the country?"

Steven Lindsay, a licensed insurance agent and a lobbyist for the California Association of Health Underwriters, says that in some circumstances, insurers will give steep discounts to preferred customers.

"They decide to get competitive, and they want more business so they'll undercut their competitors," he says. "In effect, they put insurance on sale, so instead of charging what it really costs, they charge 5 percent less so they can get more business."

"How come I never get that sale?" I ask Lindsay. He laughs.

It seems highly unlikely that my company will ever get offered a sale price on health insurance. We are not and probably will never be preferred, gold-plated customers.