Accessibility links
Football Blowouts: The Art To Winning Big Every year, one or two high school football games get national attention for lopsided scores. No one likes to lose, but can something be learned by being on the wrong side of a blowout? Are we too willing to vilify coaches who are on the winning side?

Every year, one or two high school football games bubble to national attention for the wrong reasons.

This year two Florida teams engaged in a battle — if you can call it that — where the final score was 82 to 0. Then, a few weeks later, the final score in another Florida game was 91 to 0. These are extreme examples, but every week, in nearly every state, teams win by 50 or 60 points.

What does a coach's halftime speech sound like when his team is losing in a blowout?

What if you were John Petrie, coach of the Plainville High School Cardinals in Plainville, Kan., a couple of seasons back, when, in a game against Smith Center he found his team down 72 to 0 in the first quarter? 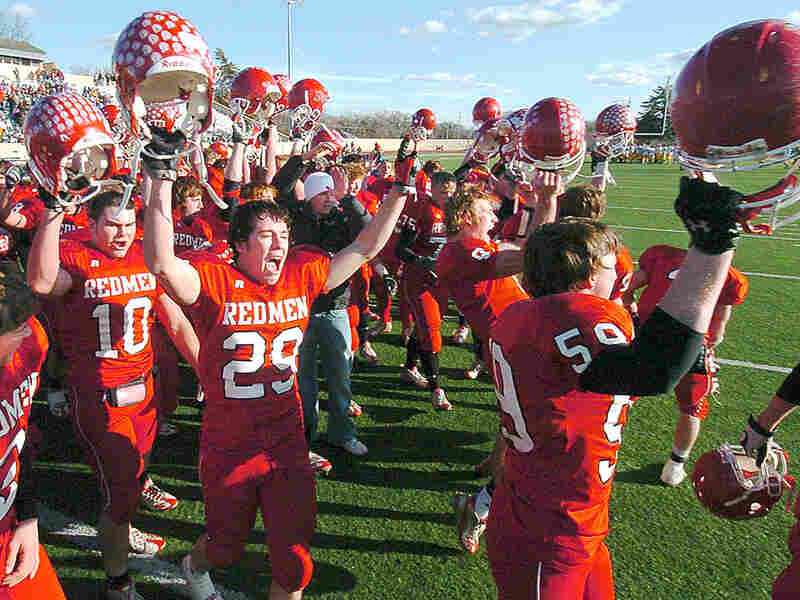 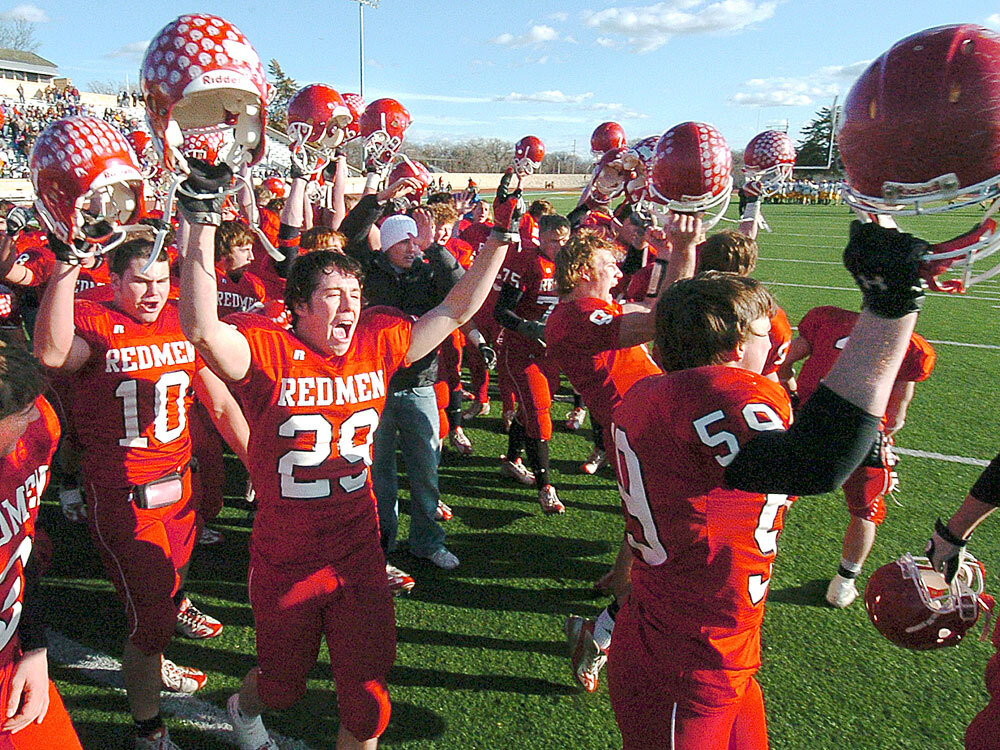 "Our kids gave it all they had and things snowballed on us. What you say to kids in the locker room is basically, if this is the worst thing you have to go through, then you're doing pretty good in life," Petrie says.

With the loss came media attention. New York Times reporter Joe Drape saw the score and wondered what kind of coach would keep the game going. The answer wound up being the book Our Boys: A Perfect Season on the Plains With The Smith Center Redmen.

Coach Barta "is very sensitive. He's won coach of the year, and it was a very big honor, but a guy came up to him and said, 'You're the jerk who ran up the score,' " Drape says. "And if you go back, it's just a calamity of errors. There's fumbles returned, there's interceptions returned. He called up to the booth and had his athletic director call the state of Kansas 'cause this is getting out of hand and they need to put the 40-point rule in."

The 40-point rule mandates that when a team goes up big, the officials revert to a running clock, which significantly shortens the game — and the damage. A lot of states use this, because coaches feel it still allows for real football to be played, just less of it. Coaches with big leads usually substitute in their second and third stringers, and they hate to tell them not to try hard. And even coaches on the losing side feel humiliated if their opponents simply kneel down on offense.

There is an art to winning big, says Kurt Voigt, who has covered high school football for The Morning News, a newspaper in northwest Arkansas, for 15 years.

"There are little things you can do to endear goodwill from the losing coaches," Voigt says.

One such coach, Gus Malzahn, won the state championship in 2005 with an offense so dominant that the professionals began to take notice. At the time, Malzahn was coach of Springdale High School. 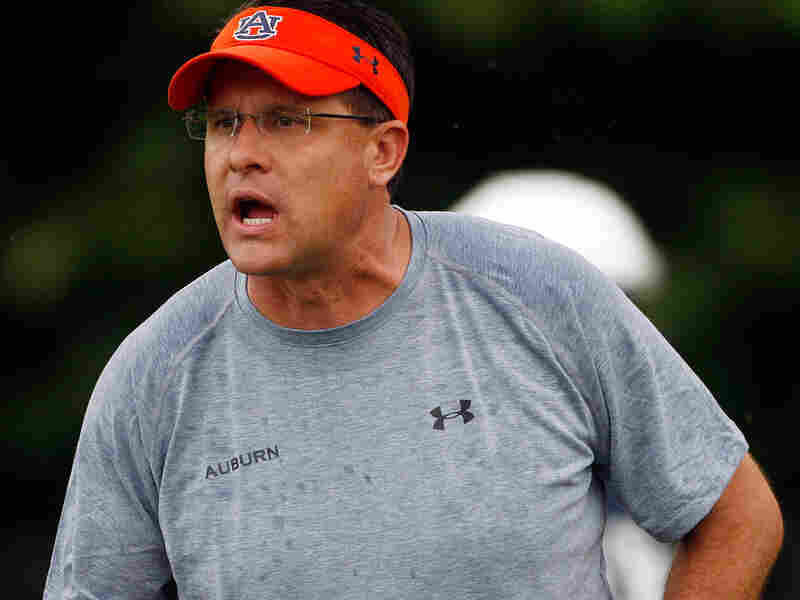 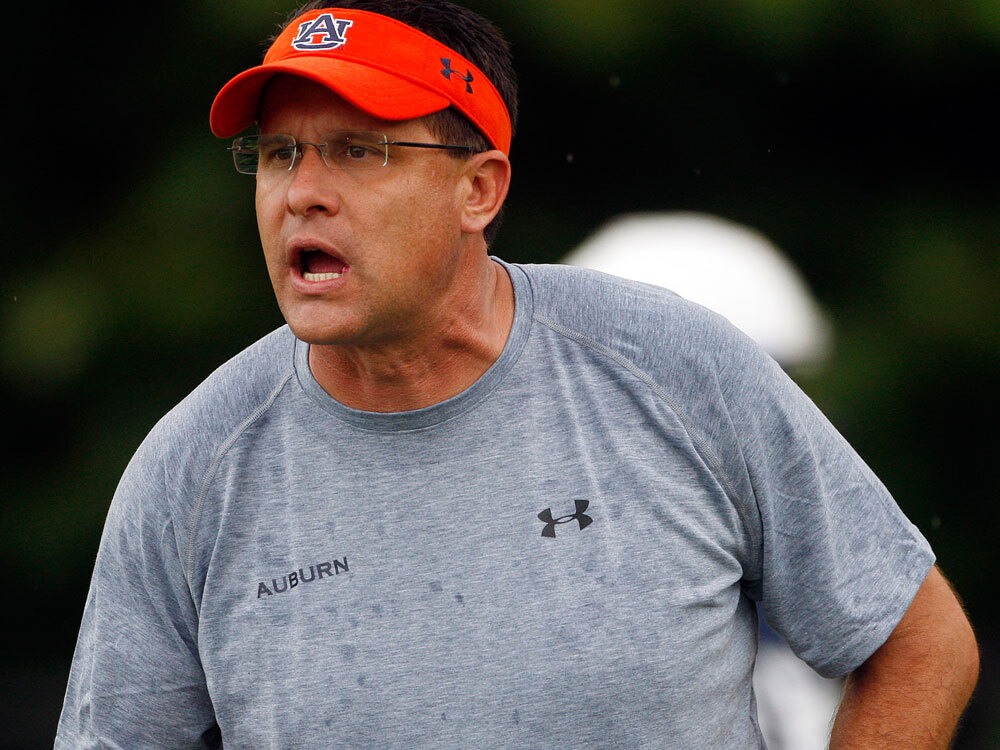 Voigt's book about that season, Year Of The Dog, details Malzahn's methods of not scoring.

"They broke every record they could for scoring in the state's largest classification. Funny thing is they never scored more than 56 points a game that season. There are some games they could have scored 100 very easily," Voigt says.

The state of Connecticut is not content to allow coaches to police themselves. It imposes an automatic suspension on the coach of a team that wins by more than 50 points. Paul Hoey oversees football for the Connecticut Interscholastic Athletic Conference. When the rule passed, he heard his coaches' complaints that players should be allowed to play and score.

"We really believe that coaches need to understand that it is not right, and there are things they can do — play a full game but not run the score out of sight," Hoey says.

Since the rule was passed, blowouts, as Connecticut defines them, dropped from 27 a year to three in the past two years combined. And two of those three winning (and therefore losing) coaches have successfully appealed their suspensions.

When coaches from outside Connecticut are told of the rule, a pained look is sure to follow. It seems to contradict what they preach in practice about working hard on every down and owning your failures.

Still, there is something in the nature of a football blowout — worse than any sport — that seems so agonizing.

Drape has a theory.

"[A] football blowout seems to be more methodical," Drape says. "The play stops. Everyone goes back to the huddle. So it seems to be slower torture."

Perhaps no one withstood a single quarter of torture worse than Petrie's team in Plainville's loss to Smith Center. And while Petrie regards it as a learning experience, it should be noted that Plainville — and Petrie's new school, Trego Community High — will be moving to eight-man football next year.

So the learning process can continue — without Smith Center on the schedule.