Accessibility links
Movie Review - Ong Bak 2: The Beginning - In Ancient Thailand, A Bang-Up Fight If business as usual at the theaters is getting you down, how about a hot new martial-arts adventure from Thailand? Film critic Kenneth Turan says Tony Jaa's astonishing physicality is the signal attraction in Ong Bak 2. 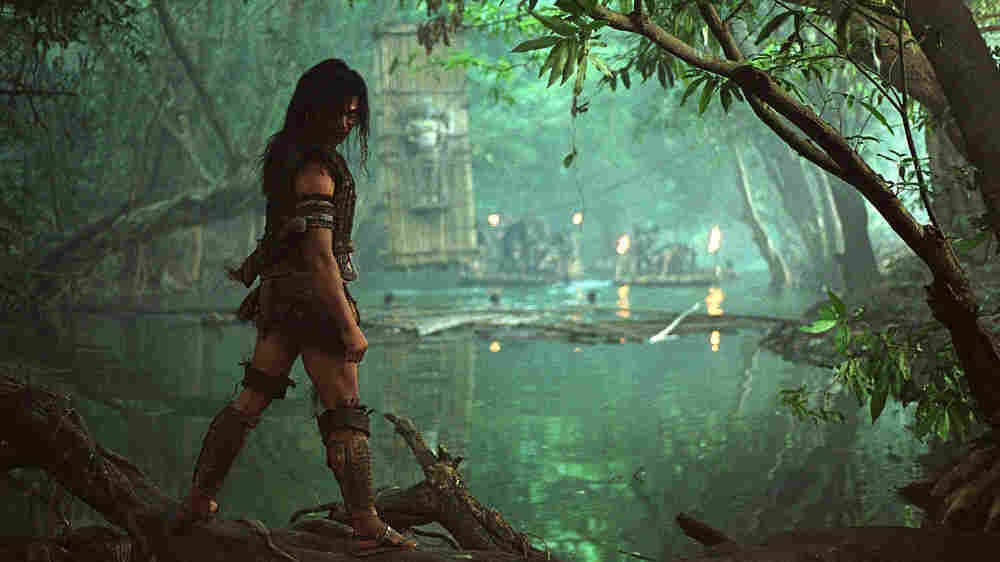 Thai Treasure? Born to a rural family, Tony Jaa herded elephants as a kid and apprenticed with stuntman and action-film director Panna Rittikrai when he was 15. Magnet Releasing hide caption

Bruce Lee has left us, and Jackie Chan and Jet Li are slowing down, but the world of martial arts never sleeps. It's Tony Jaa who's keeping everyone awake these days. He's Thailand's biggest action hero, and he returns to inflict more damage in Ong Bak 2: The Beginning.

Now, you might think that this film has some connection to the original Ong Bak of a few years back, but you would be wrong. The only thing that links the two pictures is their star, who's such a big deal in the action world that The Hollywood Reporter called Ong Bak 2 "arguably the most anticipated Thai movie ever."

(It was especially anticipated because Jaa, who took on directing duties for this film too, disappeared for a time during shooting. Not to worry: He re-emerged after what he said was a period of meditation, saying he was A-OK and ready for renewed combat.)

The plot here is rudimentary at best. It begins with a teenage boy on the run in the year 1431. He ends up in a slave market, where he butts heads with tattooed evildoers and goes one-on-one with an enormous crocodile. This catches the eye of a bandit king, who decides to train the lad in martial arts.

Clearly it's not the story but Tony Jaa's graceful moves that are the biggest attraction in Ong Bak 2. This time around, his co-conspirators are a group of elephants, and seeing him leaping nimbly along the backs of a thundering herd of the beasts is undeniably impressive. (Definitely don't try this at home, even if there are elephants in your backyard.)

The producers report that Ong Bak 2 features kung fu, judo, several kinds of Thai boxing and something completely new — a combination of Thai dancing and martial arts called natayuth, which Jaa apparently invented just for this movie. No wonder taking time off to mediate seemed like a good idea.