Accessibility links
One Battle Ensured U.S. Return To Iraq, Author Says On a single day in Feb. 1991, an American Army squadron defeated an elite Iraqi brigade almost twice as large in what is now regarded as the largest U.S. Army tank battle since World War II. To history buffs, the "Battle of 73 Easting" is legendary. To the man who led the squadron, the battle was a omen of things to come. 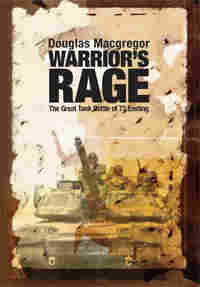 On a single day in Feb. 1991, an American Army squadron defeated an elite Iraqi brigade almost twice as large in what is now regarded as the largest U.S. Army tank battle since World War II. To history buffs, the "Battle of 73 Easting" is legendary. To the man who led the squadron, the battle was a portent of things to come.

It happened on Feb. 26 around a gridline on a military map known as "73 Easting." The unit at the tip of the spear was the 2nd Squadron of the 2nd Armored Cavalry Regiment, known as "Cougar Squadron."

The man who led that group into battle was then-Maj. Douglas Macgregor, who writes about the lead-up and the aftermath of the battle in a new memoir called Warrior's Rage: The Great Tank Battle of 73 Easting.

His unit was ordered to confront a contingent of the Republican Guard dug in along a defensive line in southern Iraq. That morning, as Cougar Squadron made its way toward 73 Easting, bad weather and a sandstorm obscured its range of vision. Macgregor tells the story in a play-by-play manner:

"You had black rain [from the oil fires] mixed with sand ... filling the skies with black soot. Most of us were covered with this by the time the battle ends," Macgregor tells Guy Raz.

Once Cougar Squadron made contact with the Iraqi soldiers, a heavy tank battle began that lasted several hours.

"We break the back of the enemy defense and we run out of the targets to shoot," Macgregor says. But shortly after, Cougar Squadron was ordered to "break contact" — stop the attack.

"The sad truth of the matter is that the body of the Republican Guard Corps — this 80,000 man force — had escaped intact," he says.

Macgregor recalls speaking with an Iraqi officer who had surrendered. He told Macgregor "Major, you must go to Baghdad and end this. You must save Iraq."

"He literally was pleading with me to continue the attack," Macgregor says. In other words, to carry on and destroy Saddam Hussein's regime.

The order to halt and withdraw turned out to have been one of the most consequential turning points in the war, Macgregor says. And, he adds, by allowing Saddam's regime to persist, "we made our return to Iraq inevitable."

To our front, black smoke streamed from burning T72 tanks. Secondary explosions from fuel and ammunition ripped apart what remained of the burning hulks and the defensive positions to our front.

"Why are you stopping?" asked the Republican Guard commander who had survived our assault and was now a prisoner of war in the hands of the 2nd Armored Cavalry Regiment.

"Why do you not go to Baghdad? You have the power. Your army rules the heavens and the earth. Do you think we love Saddam? Saddam killed our best generals. He kills everyone." In a voice filled with more anguish and frustration than fear, my new Iraqi prisoner of war looked me straight in the eye and said in heavily accented English, "Major, you must go to Baghdad and end this. You must save Iraq . . ."

But I knew there was no appetite at regiment or corps to do any such thing. From the time we crossed into Iraq, the generals saw only danger, never opportunity. I said the only thing to the Republican Guard officer that I could think of: "We are ordered to halt. I have orders. I cannot advance. That's the

A jolt of clear-air turbulence shook my seat in the jet aircraft and refocused my eyes on the 2nd Cavalry regimental coin I held in my hand. The coin had taken me back to the fighting in February 1991 almost from the moment the jet left the gate at Reagan National Airport.

Every major unit in the Army has its own distinctive coin, an item its members are supposed to keep on them for good luck. If they are "challenged" by another soldier from the unit and don't have it with them, they end up buying drinks for everybody. But for me, the 2nd Cavalry coin is about more than drinks and better times. The green and gold regimental crest, emblazoned with the fleur-de-lis, symbolizes much more than a readiness to fight. It represents courage and character under fire, the essence of professional soldiering.

However, on 17 January 2002, I was carrying much more than just the 2nd Cavalry coin. I knew I was about to be challenged for stakes much higher than drinks. Now, on the final approach to Tampa--St. Petersburg Airport, the mild turbulence prompted me to put the coin away and focus on the meeting

at U.S. Central Command (CENTCOM), a meeting I had traveled from

Captain Melissa Wilson, a smart, attractive woman from CENTCOM's public affairs office, met me at the gate. She was assigned to escort me to CENTCOM headquarters. If Florida's intoxicating warm air and sunshine tempted me to forget this trip was official business, her presence was enough to gently remind me this trip was no vacation.

Actually, the trip to CENTCOM had begun much earlier, on a chilly Saturday morning in December 2001 when I met with Newt Gingrich, at a place not far from my home in McLean, Virginia. Gingrich, who was acting as a behind-the-scenes advisor to Secretary of Defense Donald Rumsfeld, had read my 1997 book, Breaking the Phalanx, a book that set forth the vision for a new, reorganized, and reformed twenty-first-century Army. After a few minor pleasantries and some exceptionally good coffee, Gingrich had come straight to the point! 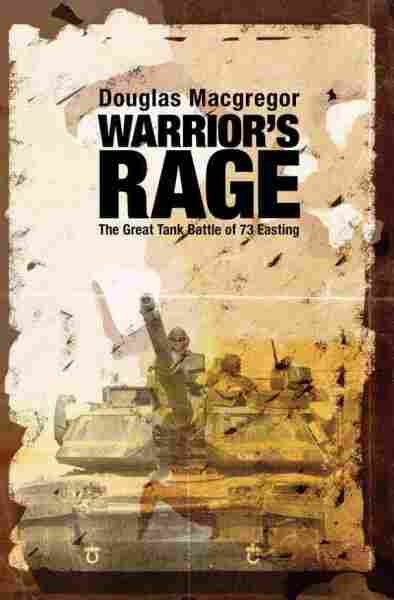 The Great Tank Battle of 73 Easting

by Douglas A. MacGregor