Accessibility links
Say What?! Musicians Hear Better Musicians don't have better ears than the rest of us, but several new studies find that musical training can improve hearing. The musically trained brain can distinguish between subtle pitch and tonal differences in sound that many of us cannot.

Musical training can improve your hearing, according to several studies presented in Chicago at Neuroscience 2009, the annual meeting of the Society for Neuroscience. 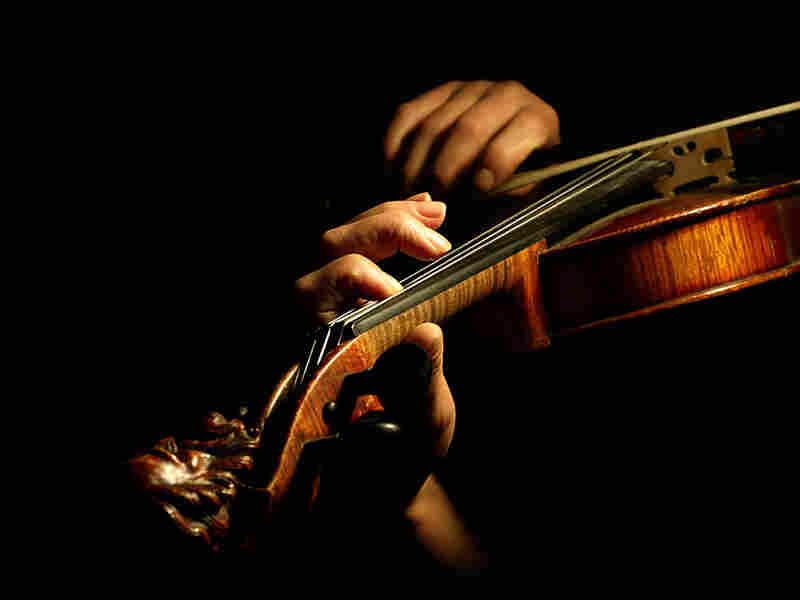 The study tested classically trained violinists and pianists, and found that their brains were much better adapted to discern subtle pitch and tonal differences in sound. iStockphoto.com hide caption 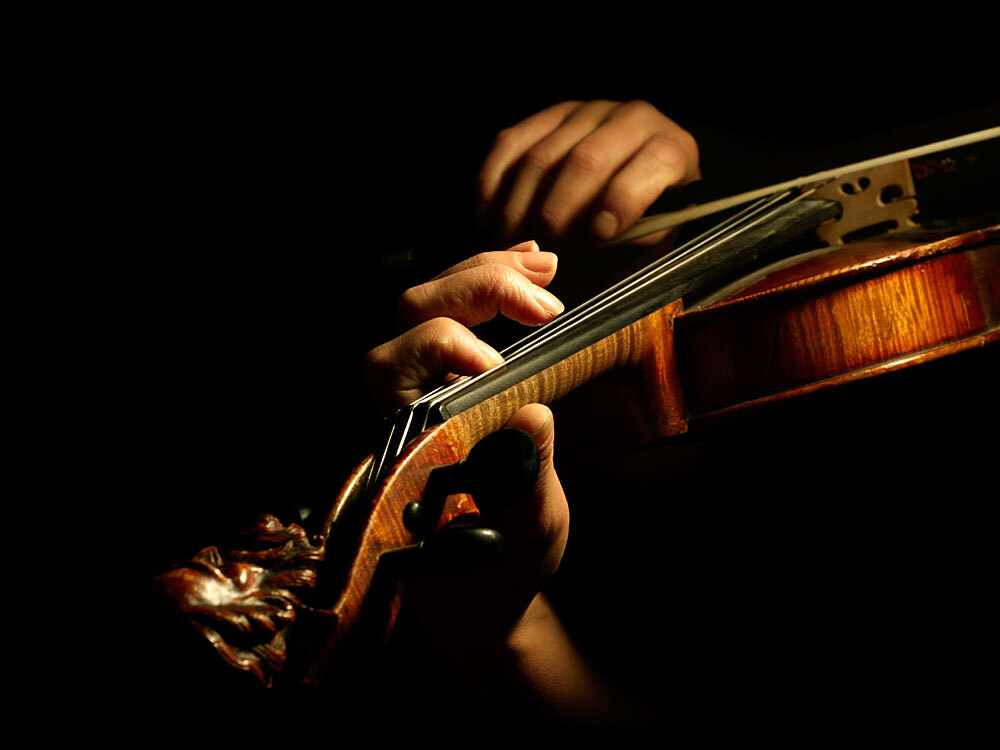 The study tested classically trained violinists and pianists, and found that their brains were much better adapted to discern subtle pitch and tonal differences in sound.

The studies found that serious musicians are better than other people at perceiving and remembering sounds. But it's not because they have better ears.

Sounds come in through the ears. But they travel through the nervous system and get interpreted by the brain.

That means your hearing can change even if your ears don't, says Nina Kraus, who directs the Auditory Neuroscience Laboratory at Northwestern University.

"Your hearing system becomes tuned by the experiences that you have had with sound throughout your life," Kraus says.

Kraus figured that the hearing systems of musicians ought to be more finely tuned than those of other people. So she tested their ability to do something challenging: understand what someone is saying in a noisy room.

Fifteen classically trained musicians and 16 nonmusicians listened to a voice reciting simple sentences against an increasingly loud backdrop of other conversations.

Standard hearing tests had shown that the musicians' ears weren't any more sensitive than those of the other listeners. But Kraus knew that their brains, shaped by years of training, had become very good at a similar task:

"A musician will be listening to the sound of his own instrument even though many other instruments are playing," she says, a skill not unlike separating one voice from a crowd of voices.

A closer look at musical brains may explain why.

Tests show that certain sounds produce stronger electrical signals in a musician's brain stem, Kraus says. And, she says, these signals offer a more accurate representation of pitch, timing and tone quality — three things that help us pick out a single voice in a noisy room.

Another study presented at Neuroscience 2009 suggests that musical training could help children who are struggling with language.

"These kids seem to be impaired in the very areas that musicians excel," says Dana Strait, a doctoral candidate in Kraus' lab who has studied the oboe and piano for many years.

Strait asked musicians and nonmusicians to take a simple test.

Musicians not only responded faster and more accurately; they were able to stay focused longer, Strait says.

In contrast, many children with dyslexia and other language problems do poorly on tests like this. Musical training could offer a way to improve their performance, Strait says.

"Musical experience can change how our brain interacts with sounds," she says. "It's almost like the brain is better able to pay attention to sound and [to] better extract meaning from sound."

A third study by scientists from Friedrich Schiller University in Jena, Germany, found that musicians could detect harmonies that were slightly off-key even when they had lost most of their hearing. Factory workers with similar hearing loss could not.

Results like these make sense if you think about the brain and the hearing system as if they were muscles, says Dr. Mark Jude Tramo, a professor of neurology at Harvard and director of the Institute for Music & Brain Science.

Tennis players tend to be good arm wrestlers because they have strong forearms, Tramo says. In much the same way, he says, a musician who exercises certain parts of the brain "is going to be able to do better on any task that involves auditory concentration."