Accessibility links
Helen Thomas Tells The President To 'Listen Up' White House reporter and columnist Helen Thomas has covered every president since John F. Kennedy. Thomas talks about her 60-year career in journalism, and offers presidents advice in her new book, Listen Up, Mr. President. 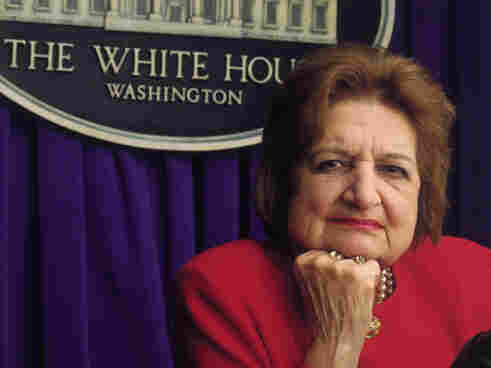 White House reporter and columnist Helen Thomas has covered every president since John F. Kennedy. After six decades of questioning, analyzing and joking with commanders in chief, Thomas has plenty of advice for the current president, as well as future contenders.

She shares her words of wisdom in her new book, Listen Up, Mr. President: Everything You Always Wanted Your President to Know and Do.

Thomas talks with Rebecca Roberts about her 60 years in journalism, and describes her experiences covering the administrations of 10 different U.S. presidents.

Give Us Vision: It's Your Legacy

First of all, let me assert my firm belief that the only thing we have to fear is fear itself — nameless, unreasoning, unjustified terror which paralyzes needed efforts to convert retreat into advance.

When it comes to laying out a vision, some presidents get it and some don't.

Get it, Mr. President. Your job is not only a to-do list for making appointments, passing laws, and negotiating treaties. To succeed you must also inspire us to the future — with words and deeds.

A good president, wrote nineteenth-century historian Henry Adams, "resembles the commander of a ship at sea. He must have a helm to grasp, a course to steer, a port to seek."

The port you seek, Mr. President, is your vision. Those who take this lightly do so at their peril.

George H. W. Bush clearly did not get it in 1987 as he prepared to run for the presidency. 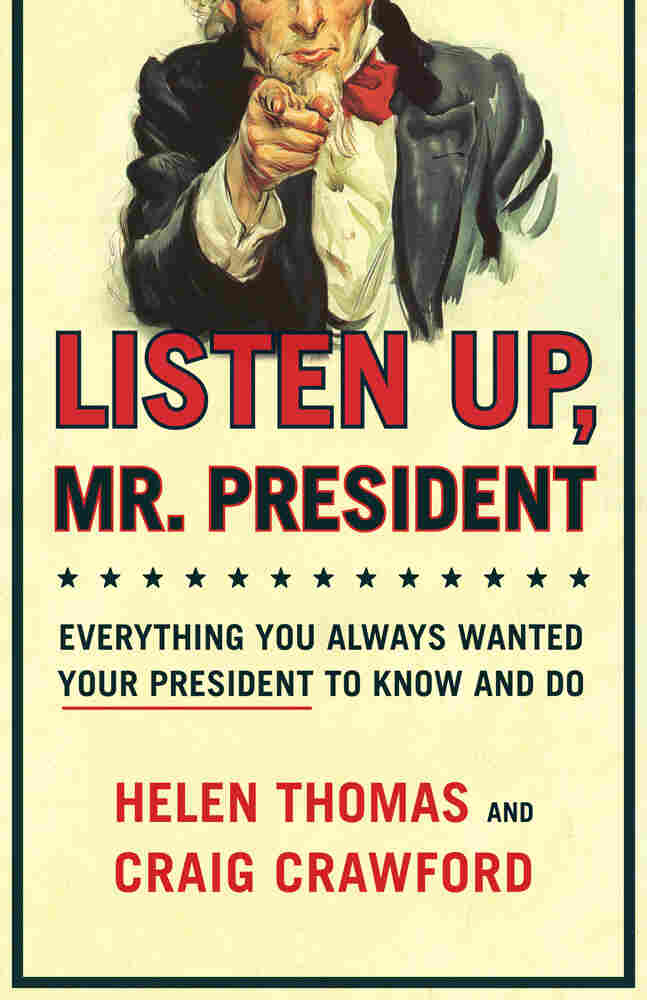 Bush benefited from the popularity of the man he had served as vice president for two terms. If anything, Ronald Reagan was all about vision. "Less government and more freedom was his mantra."

Lofty words and thoughts did not come easily to Bush. Ideas and ideologies did not move him. Essentially, he was a lifelong bureaucrat more stirred by practical evaluations of tangible problems followed by pragmatic solutions.

"A man of action rather than reflection" was how Time magazine described Bush in a profile coinciding with the launch of his campaign. Whenever asked what he would do as president, Bush typically responded that he would pick the best people and run an efficient government.

Bush's lack of interest in the big-picture rhetoric worried friends and advisers as he gathered steam for a White House run. To many, his idea of an argument for his candidacy could be summed up in three words: It's my turn.

After all, as a dutiful vice president, he had attended all the meetings he was called to, seldom took notes that could get him or anyone else in trouble, and rarely asked a question or tipped his hand in a way that proved whose side he was on in a difficult debate.

This ultimate bureaucrat had a problem, however — one that dogged him throughout the campaign and into his presidency. Conservative columnist George Will bluntly described Bush's limitation in those days: "He does not say why he wants to be there, so the public does not know why it should care if he gets his way."

Bush himself gave his critics the words that came to symbolize his lack of appreciation for a president's overarching purpose in our politics. The story got out early in the 1988 campaign about a session with advisers when he asked for a list of expected issues in the upcoming race.

Instead of the to-do list he asked for, the vice president was given an earful about his need to inspire voters. He should go to Camp David, the advisers said, and think about where he wanted to take the country.

To Bush, the "vision thing" was just another item on the checklist, something you could always hire speechwriters to craft. He never did internalize a clarity of ideas and principles that could shape public opinion and influence Congress. It could be the biggest reason that Bush lost reelection four years later.

Bush could not live down his "vision thing" comment. No matter how hard he tried to demonstrate his hopes and dreams for the nation, it always seemed phony and awkward because most observers believed that his originally dismissive attitude of the concept reflected his true self.

In the presidential game, there is no vision without the right words. Indeed, it is your words that convey your vision, Mr. President.

That is why accomplished speechwriters have become a fixture at the White House, although they are expected to stay behind the scenes. Although it is an open secret that presidents generally read aloud words written for them, they naturally prefer that everyone pretend otherwise. Aides often go to great lengths to stress how much input the boss gave, but it can be difficult to pin them down on the details of which words the president actually wrote.

A standard line is that the speechwriters meet in advance with the president and receive his wisdom about what should be included as if he were some sort of oracle and they are merely the stenographers. Not likely.

If the speech turns out to be a great one, ambitious speechwriters find a way to leak the truth of their authorship. Particularly successful words or phrases from presidential speeches become trademarks for the once anonymous authors. Some even come to be identified by these words for the rest of their careers. Occasionally, disputes arise between former speechwriters about who actually authored a famous phrase.

Of course, if the speech is a flop, the writers are only too happy to continue giving the president all the credit. Beware of this little game, Mr. President. If you have not yet learned how to write some nifty language for a speech, get started. Otherwise, credit for some of your best moments will one day be given to someone else. And if you do craft some powerful words, make sure there is proof that you wrote them.

Excerpted from Listen Up, Mr. President: Everything You Always Wanted Your President to Know and Do. Copyright 2009 by Helen Thomas and Craig Crawford. 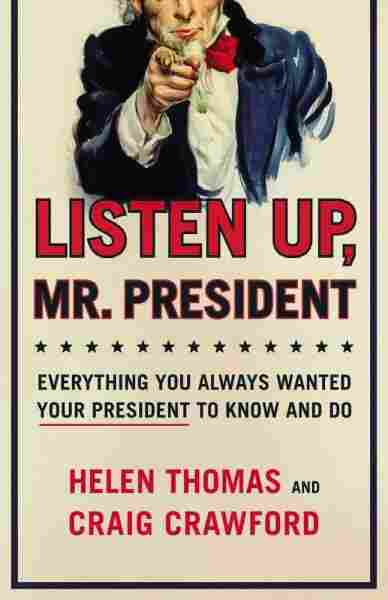 Everything You Always Wanted Your President to Know and Do

by Helen Thomas and Craig Crawford

Title
Listen Up, Mr. President
Subtitle
Everything You Always Wanted Your President to Know and Do
Author
Helen Thomas and Craig Crawford