Accessibility links
Joe Bonamassa's Blue Eyed Blues : World Cafe A former child prodigy, Bonamassa began playing guitar at age 7, and soon caught the attention of B.B. King. At 12, Bonamassa was opening shows for the blues icon and would later support the likes of Buddy Guy and Gregg Allman. In the decades since, Bonamassa has gained a reputation as one of his generation's great blues players. Hear him in a session on World Cafe. 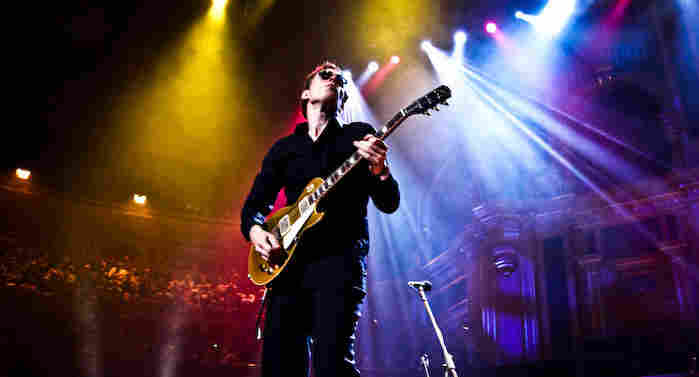 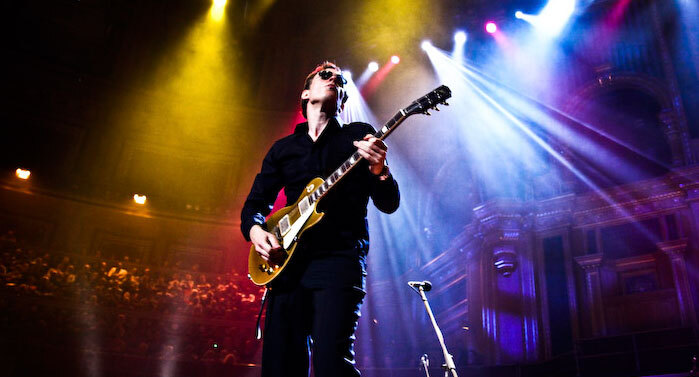 Widely regarded as one of the best active guitarists in the world, Joe Bonamassa has been playing electrifying blues music for more than two decades. With his latest release, The Ballad of John Henry, the 32-year-old combines incendiary guitar work with his most reflective lyrics to date; the result is a sonically and emotionally powerful blues record.

Bonamassa started out as a child prodigy, opening for blues legend B.B. King by the time he was 12. Although born and raised in the U.S., Bonamassa was influenced most heavily by the work of European blues masters, while still adding his own personal touch. Now on his ninth album, the guitarist continues to expand his sonic palette, rocking like vintage Led Zeppelin when he's not drenching his grooves in melancholy.