Accessibility links
A Murder Mystery Musical Targets China's Yuppies Meng Jinghui is China's most avant-garde theater director: One of his plays focuses on the obsessive love of a rhino keeper. Now, he takes a stab at reinventing the musical with a story that deals with murder, death and "people collapsing in this ridiculous society." 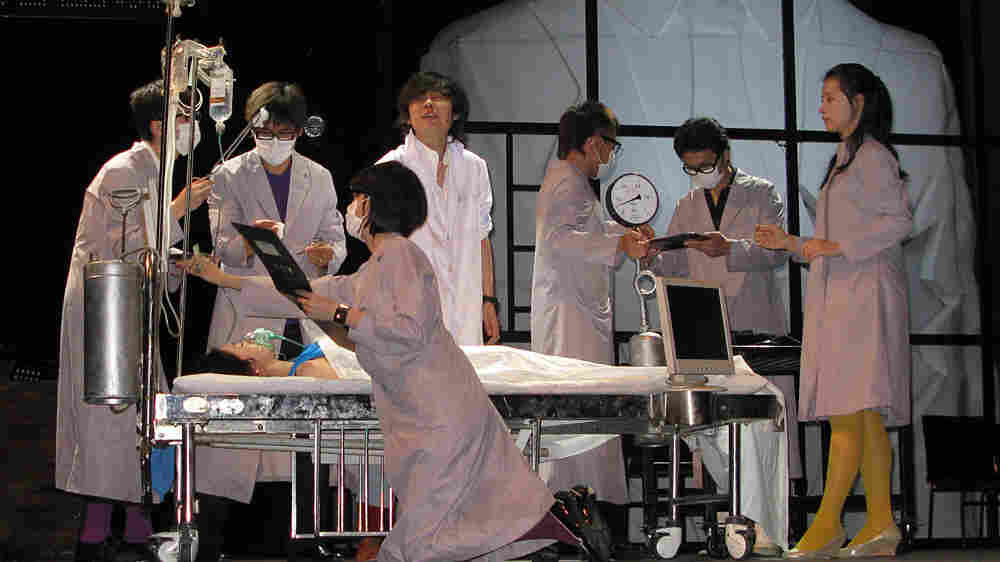 Meng Jinghui is China's leading avant-garde theater director. His latest work, Murder in the Hanging Garden, is a musical — his first — and it addresses "the relentless grabbing for material goods and people's spiritual loss." Louisa Lim/NPR hide caption

In China, director Meng Jinghui is famous for testing theatrical boundaries. In one of his plays, a glass wall separates the audience from the actors. In another, the actors repeat the words "I love" several thousand times. And a third play focuses on the obsessive love of a rhino keeper.

Now, Meng takes a stab at reinventing the musical. And true to form, it's no ordinary musical.

At a recent rehearsal, the director shepherds his actors around the stage. A 30-foot pair of female legs in high-heels protrudes from one wall. A giant hand creeps out of the opposite wall, while an enormous suit jacket dominates the back wall.

It's the sort of Dadaist in-joke that appeals to China's most avant-garde director.

But today, Meng has moved away from Beckett and Pinter to the world of the musical, which he says he is remaking for a Chinese audience.

"The biggest difference is that this is not a trivial, sh---y love story. We're doing something cool. We talk about murder, death and people collapsing in this ridiculous society," Meng says. 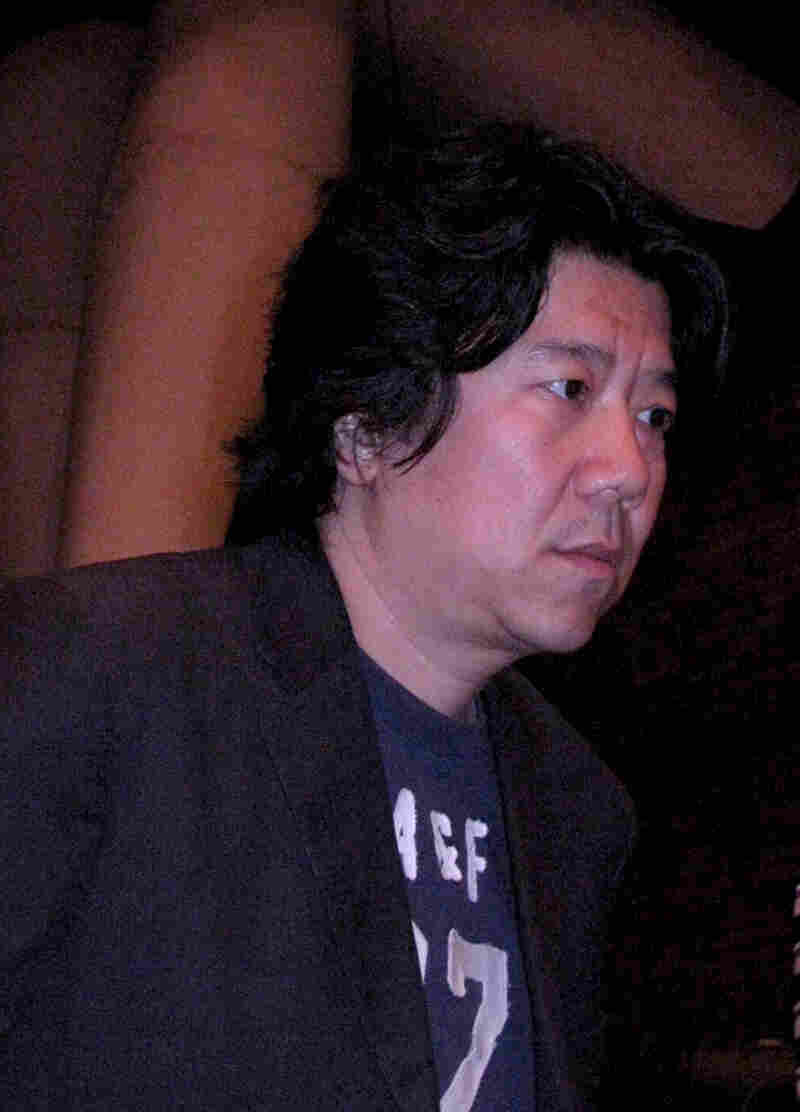 Meng has called Broadway musicals "rubbish," and says he wanted to create his own rubbish, rather than fill the stage with rubbish from foreign countries. Louisa Lim/NPR hide caption 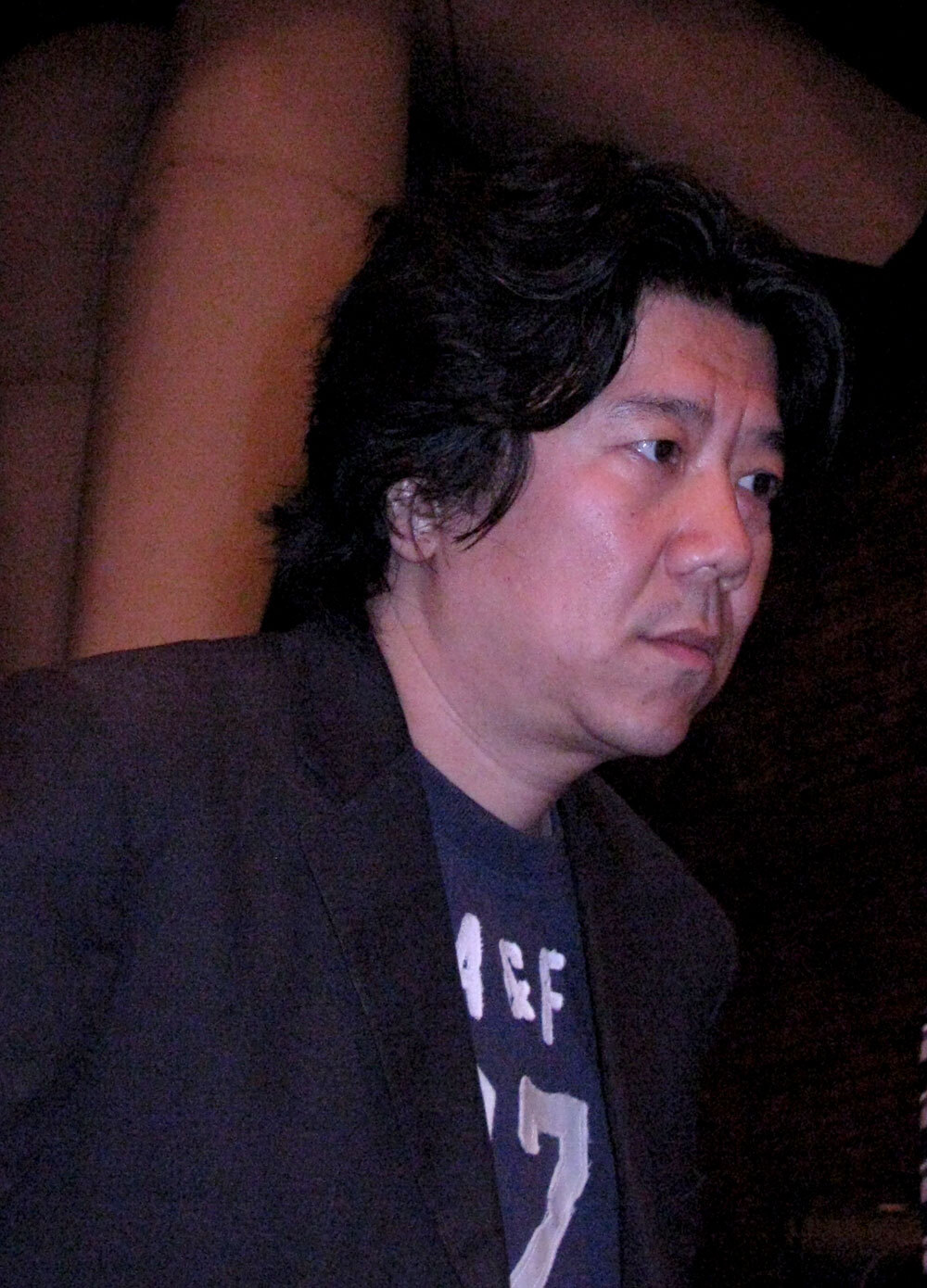 Meng has called Broadway musicals "rubbish," and says he wanted to create his own rubbish, rather than fill the stage with rubbish from foreign countries.

"If you take Rent on stage in China, it doesn't make sense. We don't have bohemia, we don't have so many drug users or gay people, and we don't do threesomes. So we use your structure, and we put our lives into it," Sun says.

Meng's musical, Murder in the Hanging Garden, revolves around the disappearance of a real estate tycoon, Chairman Wang. He has gone missing, and body parts, believed to be his, are found spewing out of an ATM. His wife offers a huge, super-luxury apartment as a reward for information about the killer.

Three different sets of killers confess to the crime, willing to admit to a murder they may not have committed because of the ultimate prize of the apartment. At the end, it emerges that the "victim" isn't even dead.

"It's not really dark, it's just strange and ridiculous and paranoid. It's complicated and twisted. It's about the relentless grabbing for material goods and people's spiritual loss," Meng says.

As the story unfolds, it's clear that Meng is taking aim at China's new middle class: their desire for wealth and fame, their selfishness and corruption.

"People love their parents, their children, their friends," he says. "But they've lost their ideals, and they've lost a lot of beautiful things."

With a punky young cast, modern music and a sort of modern gothic-horror aesthetic, this murder mystery musical is a dystopian vision of the new China. But the director is adamant that there is no political message — and that looking at today's China solely through a political prism can be misleading.

"Foreigners just think about the Cultural Revolution and June 4 [the 1989 crackdown in Tiananmen Square]. These are very symbolic things, and foreigners use them to represent the whole. It's not representative," Meng says.

On a recent night in Shanghai, the audience reacted positively to the performance — though commentators have criticized the play for being too absurd and not experimental enough.

Audience members Marco Liu and Marsha Tan say they enjoyed it, with reservations. "It's the first time that I've seen a play like this with music, so it was very fresh. It wasn't too deep, though, just entertainment," Liu says.

Tan says she thought the acting was interesting, and the music wasn't bad. "It's still not as good as foreign musicals, but it's not bad," she adds.

Combating those foreign musicals is one of Meng's motivations. He has called Broadway musicals "rubbish," and says he wanted to create his own rubbish, rather than fill the stage with rubbish from foreign countries. Murder in the Hanging Garden is just his first assault on the musical: Meng's own five-year plan is to put on a new musical every year for five years.