Accessibility links
School Custodian Has Big Role — And Big Heart Chloe Smith, 13, recently interviewed someone she has admired since first grade: Willie Jefferson, a custodian at her school. They talked about the integral role Jefferson plays in the students' lives. "It's like the whole school, all the kids are my family," Jefferson says. 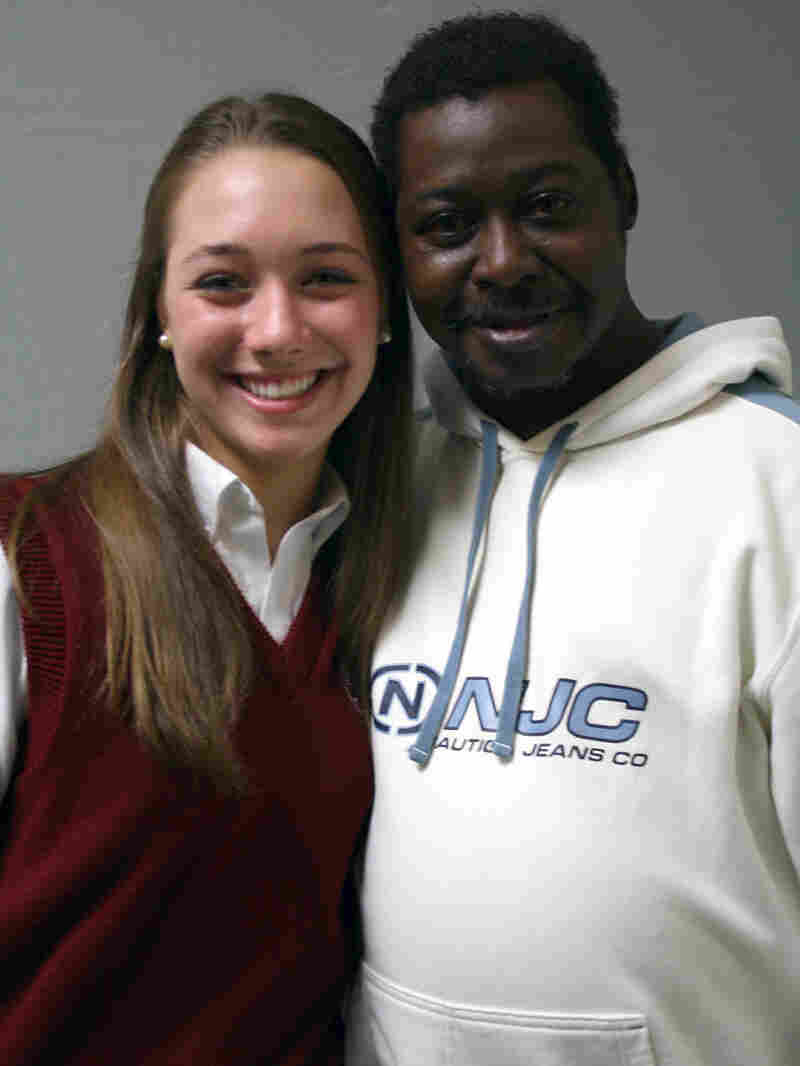 Chloe Smith interviewed her friend Willie Jefferson in Atlanta, where member station WABE will be recording StoryCorps conversations over the next year. StoryCorps hide caption 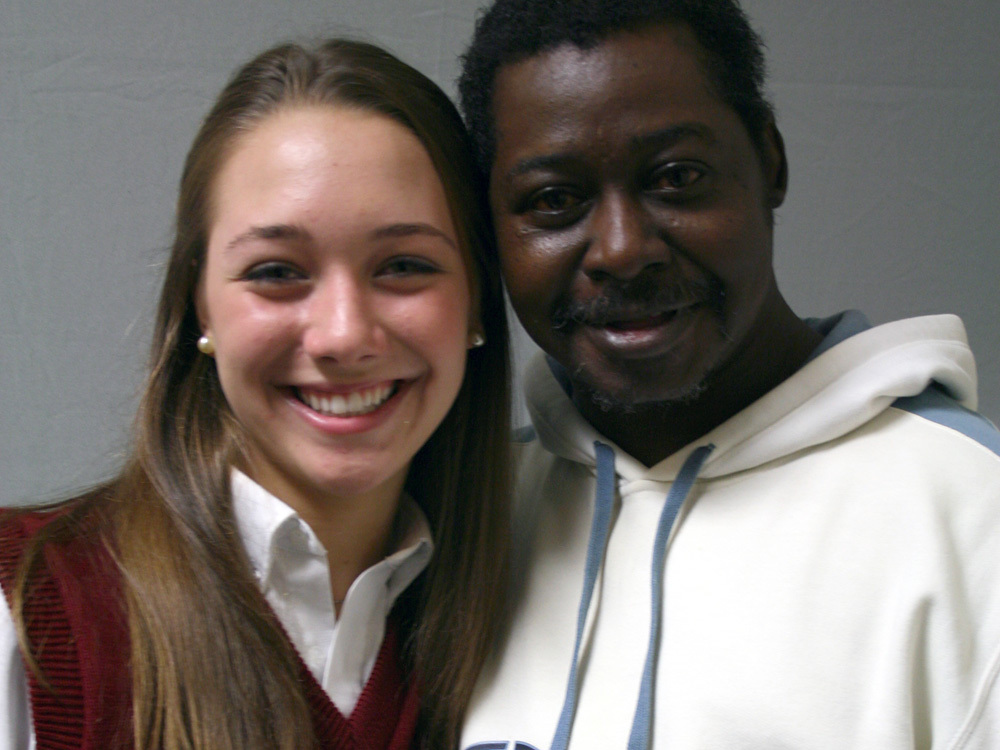 Chloe Smith interviewed her friend Willie Jefferson in Atlanta, where member station WABE will be recording StoryCorps conversations over the next year.

Chloe Smith, 13, is a student at Our Lady of the Assumption Catholic School in Atlanta. She wanted to interview someone important to her whom she has admired since first grade: Willie Jefferson, a custodian at her school.

The two started by talking about Jefferson's first days at the school, 23 years ago. He admitted to being a little nervous — "just like a new student," he said.

"My first boss, she was a nun — I never had met a nun before," Jefferson said. "She was a nice lady, though."

Jefferson has been married to Annie Lois Jefferson for 25 years. They have no children.

"I feel the same way," Jefferson said. "It's like the whole school, all the kids are my family. And I'm going to watch out for you, just like I watch out for them."

Asked about his favorite time of day, Jefferson doesn't hesitate: It's lunchtime, he said. That's when the children have some free time to relax and be themselves. It's also when Jefferson prays with the students.

Reciting the lunchtime blessing, Jefferson said, "Father, we give you thanks for these and all your gifts, which we have received through Christ our Lord. Amen."

Smith then asked Jefferson about his impression of her in the school.

"You always have been a standout person to me," Jefferson said, "a diplomatic little lady. You're always solving problems. You got a lot of people that follow you. You're a little leader — a good kid."

"You're on the right track, Chloe," Jefferson said. "Just stay focused, sweetheart — and all those good things will come to you."

Produced for Morning Edition by Nadia Reiman. The senior producer for StoryCorps is Michael Garofalo. Recorded in partnership with WABE..