Accessibility links
Ohio Utility Wants Customers To Pay To Conserve Ohio regulators have temporarily blocked a plan by FirstEnergy Corp. to deliver a pair of energy-efficient light bulbs to 2 million residential customers. The two bulbs cost the utility $7, but it planned to charge customers more than $21, in part to make up for lost income since customers will use less electricity. 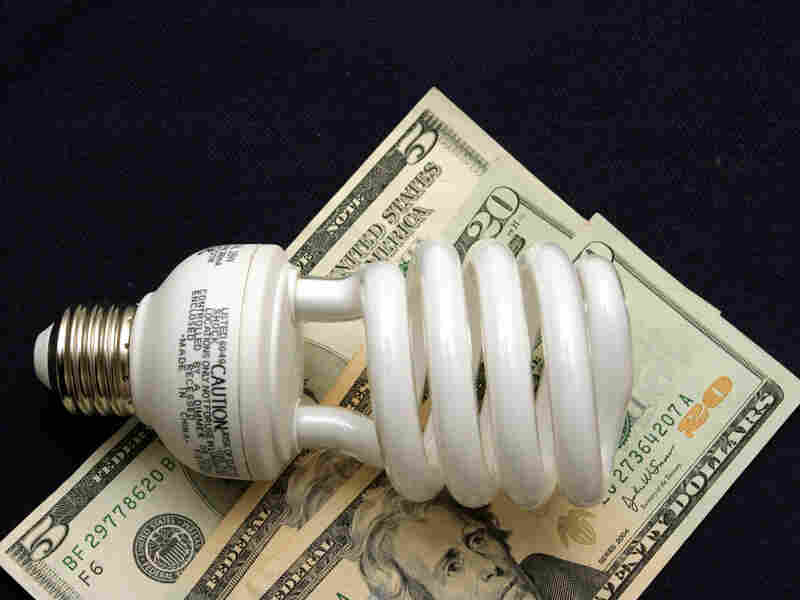 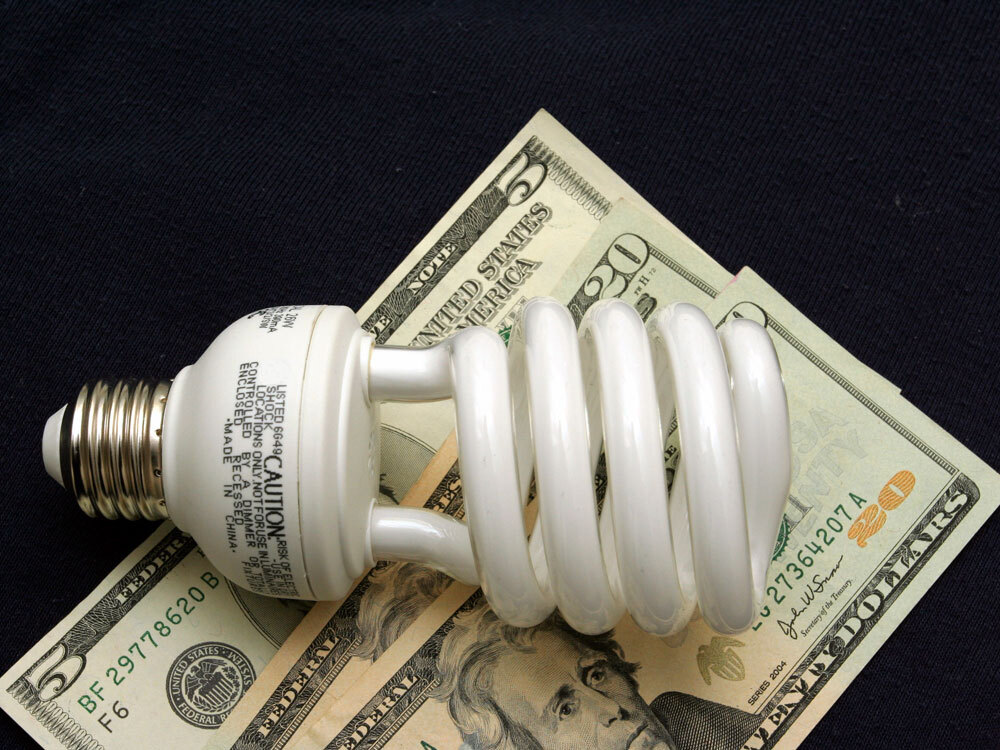 FirstEnergy Corp., an Ohio energy utility, is accused of overcharging customers to compensate for its lost revenue when the customers saved energy with energy-efficient compact fluorescent light bulbs.

How many electric utility customers does it take to screw in a light bulb?

For one Ohio utility, the answer seems to be nearly 2 million. That's how many residential customers FirstEnergy Corp. wants to send a pair of energy-efficient bulbs to — and then charge nearly three times what they cost.

Like most Ohio customers, suburban Akron resident Bob McKown only heard about FirstEnergy's light bulb program a couple of weeks ago.

"Oh, outrageous. I mean, 21 bucks for two bulbs?" asked McKown. "Plus, you don't have no choice in the matter. I mean, they're cramming it down your throat."

McKown is one of thousands of FirstEnergy customers who protested the company's strategy to make customers pay for saving energy. Ohio Gov. Ted Strickland quickly asked state regulators to put the program on hold. FirstEnergy spokeswoman Ellen Raines says the utility was taken by surprise.

We certainly expected that people would wonder why we were delivering light bulbs to their homes.

"We certainly didn't anticipate the level of reaction we got from customers," says Raines. "We certainly expected that people would wonder why we were delivering light bulbs to their homes."

Raines says the program was designed to help FirstEnergy meet Ohio's new law requiring utilities to help customers be more energy efficient. But customers like McKown didn't expect to be charged more than $20 for a couple of light bulbs they didn't ask for — when they can buy 10 such bulbs for that same amount of money.

Raines says the utility is also charging customers for some of the electricity they save, something it's allowed to do to recoup lost revenue. She says that in the long run, customers would save money.

"Over the life of the bulb, they would save about $60," says Raines. "So we were hopeful that customers would see this as a good change — that they would be saving $60, and the cost would be collected over a lengthy period of time."

Neal Elliott, with the Washington-based American Council for an Energy Efficient Economy, says most companies offer coupons or rebates for light bulbs, which keeps costs lower for consumers. He says FirstEnergy is trying to meet its mandates by making the bulbs mandatory and expensive.

"They weren't serious about planning," Elliott said of First Energy. "They had to rush the program, and they got a program that was not well thought out, either from the program design perspective or from the public relations perspective. And they ended up with a black eye."

It's not the first time. Six years ago, FirstEnergy was accused of contributing to the biggest blackout in U.S. history. The company will have a chance to defend its light bulb program at a public hearing later this month. That's when it could be decided whether shareholders or ratepayers will end up swallowing the $10 million the utility has already spent on the bulbs.