Accessibility links
'DJ Hero' Lets You Rock The Club ... From Your Couch If you've ever dreamed of spinning records in front of a screaming crowd, here's your virtual chance. The new music video game DJ Hero lets gamers scratch and mix on a fake turntable while a funky DJ avatar struts and cuts onscreen. 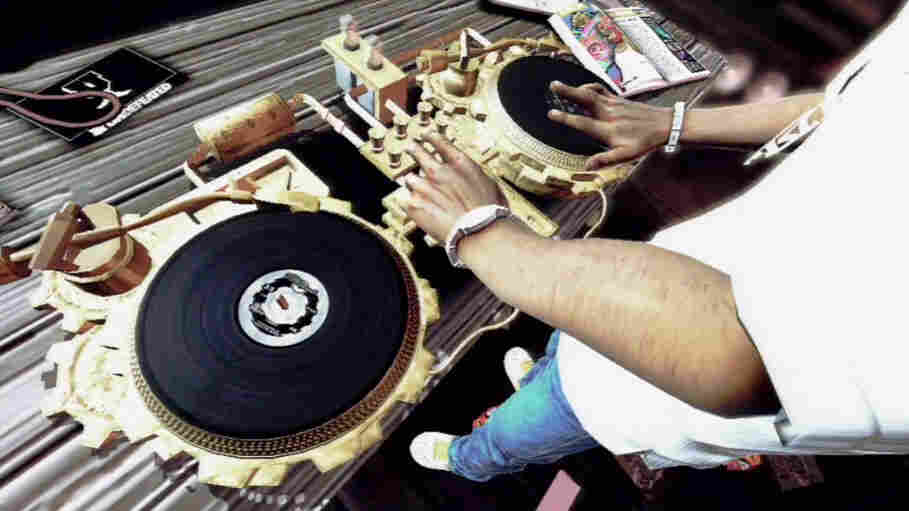 Want to be a 'DJ Hero'? If you've ever dreamed of spinning records in front of a screaming crowd, here's your virtual chance. FreeStyle Games hide caption 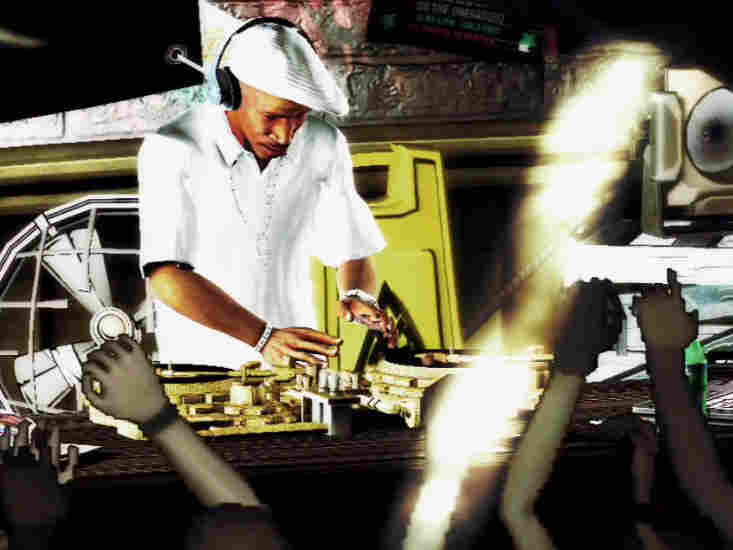 Real-life DJ Grandmaster Flash has his own avatar in DJ Hero. The hip-hop artist says it's exciting to see DJ techniques being "shared with any kid, any adult, anywhere." FreeStyle Games hide caption

DJ Hero is about as true to actual DJ-ing as Guitar Hero is to actual rock stardom. But that's not the point. The point is fantasy.

"It's not about you being a DJ and simulating," says Jamie Jackson, creative director of FreeStyle Games. "That wasn't the idea. It's about having fun and feeling like you're controlling the party."

FreeStyle is responsible for designing Guitar Hero, which along with the game Rock Band made "rhythm games" among the world's most popular. They've earned billions of dollars. So it makes sense that FreeStyle is tweaking the franchise with a new game. When Jackson started to develop it, he asked ordinary people what they thought DJs did.

"Ninety-nine percent of them put one hand to their ear and the other, made a scratching sound and kinda went 'wika wika wika,' " says Jackson. Clearly, the DJ skill known as "scratching" needed to be an essential part of the game.

Robert Carter knows all about moving a vinyl record back and forth to make that wonderfully imitable "wika wika" sound. He's a professional DJ who plays under the name DJ Cuzzin B. He's also an NPR media specialist. I asked him to give DJ Hero a try.

"That's weird," Carter said as he scratched, DJ Hero-style. "You don't normally scratch with just one finger, but ... OK." 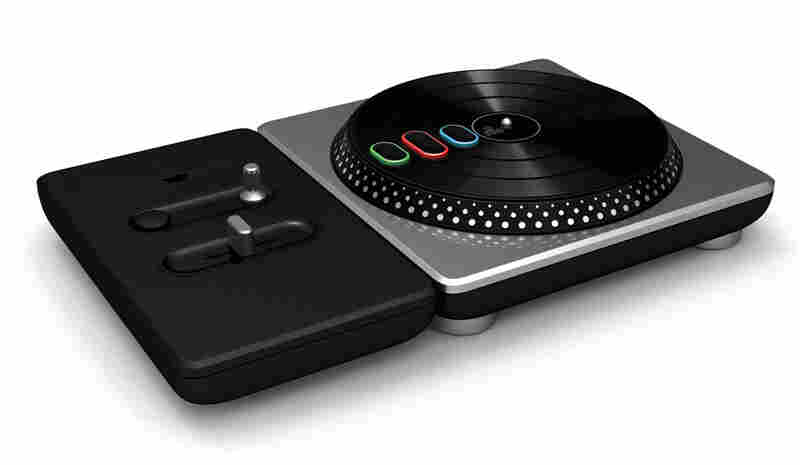 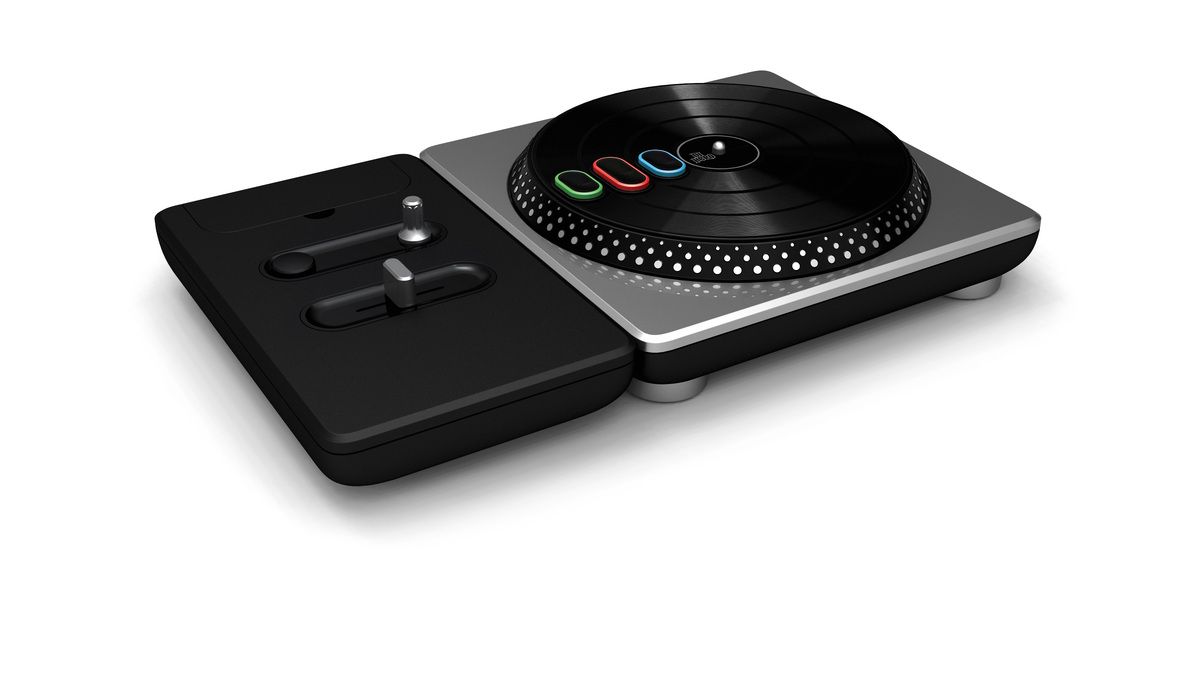 FreeStyle developers worked with about 20 DJs to figure out how to turn turntabling into something playable on an Xbox. The game works like Guitar Hero but instead of a plastic guitar, you get a fake turntable and a fake little mixer, while a funky DJ avatar struts, cuts and scratches onscreen.

Carter was impressed that the company recruited illustrious DJ Grandmaster Flash to give the game's tutorial. "It must be official," he deadpanned.

We decided to pit DJ Cuzzin B against a (self-described "self-loathing") gamer: NPR intern Brian Reardon. But the DJ experienced the same problems some guitar players have with Guitar Hero. Real skills don't translate — and they can even confuse you. A gamer with no DJing skills has a distinct advantage. Reardon handily beat DJ Cuzzin B on their first trial game. Still, the latter said the game's glamorous industrial nightclub setting was any professional DJ's dream.

Carter said he plans to get the game for his 8-year-old nephew. But in a few years, he says, he'll teach him how to DJ for real.