Accessibility links
'The Tao Of Wu': RZA Waxes Philosophical The Wu-Tang Clan is one of the most successful and influential acts in the history of hip-hop. Over the years, member Robert Diggs, far better known as RZA, found success outside hip-hop while still acting as a booster for the culture. He's also an author who just released his second book. He recently reminisced with NPR's Guy Raz.

The Wu-Tang Clan is one of the most successful and influential acts in the history of hip-hop. Over the years, member Robert Diggs, far better known as RZA (pronounced riz-za), found success outside hip-hop while still acting as a booster for the culture. He now holds credits as a music producer, rapper, screenwriter, actor and director, as well as author of his second book, The Tao of Wu. He recently sat down with NPR's Guy Raz. 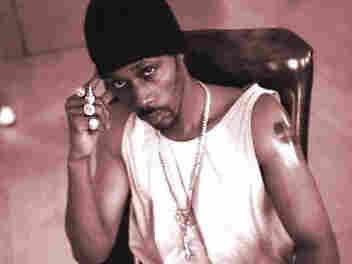 RZA just published his second book, The Tao of Wu. Courtesy of the artist hide caption

Though still a young man at 40, RZA finds himself in a position to reflect on his success. When did he first want to become an artist?

"At a very young age, 9 years old, actually," he says. "And at first, it was just wanting to be rapping to be cool, or break-dancing to be cool, and expressing myself. But during the teenage years, DJ-ing and everything, and battling, it was more like some kind of lust or urge to become the world supreme master at a craft. And I would go around the city battling DJs. At the same time, I wanted to be the best MC, walking around, battling MCs who had the best lyrics."

"As I grew older, and got into the late teens and early 20s, I wanted to be a voice of the people," RZA says. "You know, getting locked up all the time, and going through so much oppression and seeing it all around myself, I wanted to be a voice for it. And also to have a knowledge of myself, I realized that the word was powerful, and I could use this power to help enlighten others."

The new book is a series of seven lessons that RZA learned along his journey in life. He talks about his childhood in a two-bedroom apartment, sometimes shared with as many as 19 people. He says he had a tough life as a kid in the projects, but that he learned valuable lessons in the process.

"Well, beyond, 'Make sure you eat first...' " RZA says with a laugh. "No, I learned a lot from hardship. I guess the hardship and taking the goodness out of it."

Upon hearing "Triumph," an early hit for The Wu-Tang Clan, RZA still seems excited by music he helped create nearly two decades ago.

"Oh, man, this song right here takes me back ... to the good times of me and brothers running around the world performing in front of 30,000 kids with Rage Against the Machine, and getting a chance to spread out hip-hop culture and knowledge out there," he says. "Also, you hear some of the illest lyrics ever written."

The Tao of Wu on Amazon