Accessibility links
Mystery Endures: Remains Found Not Those Of Artist Everett Ruess, a legendary Utah explorer, writer and artist, has been missing for 75 years. Earlier this year, it seemed the cold case had been solved when human remains found in the Utah desert apparently tested positive as his. But doubts lingered, and now the mystery of the missing artist lives again. 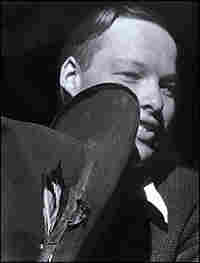 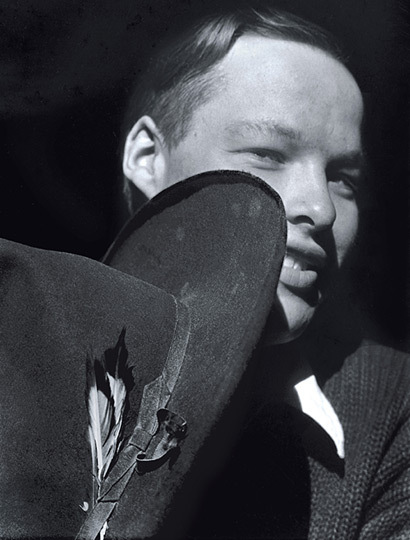 Everett Ruess in a 1933 portrait by Dorothea Lange.

New DNA testing shows that the disappearance of writer, artist and explorer Everett Ruess is still a mystery — despite findings earlier this year that indicated his remains had been found.

The 20-year-old vagabond from California vanished 75 years ago in the steep and rugged canyon country of southern Utah. Ruess has since attracted a cult following passionate about the young man's writing and inspired by his disappearance.

"You can't help but become fascinated by this young man and what he did," says Ken Sanders, a Salt Lake City bookseller who collects Ruess' writing and artwork. "The mystery of what happened to him or who he was overwhelms his life and his legacy ... his love and unbridled passion for untrammeled wilderness, [his] just hedonistic love of the landscape."

Back in May, NPR reported that the mystery of Everett Ruess had been solved. See the clues that led to that conclusion.

Ruess, it seemed, had managed to dissolve into the red-rock landscape he deeply loved.

But earlier this year, writer David Roberts wrote in National Geographic Adventure that human remains found in the Utah desert had been positively identified as those of Ruess.

Roberts told an incredible story: Ruess, he wrote, had been killed by three thieves from the Ute tribe. A witness, a Navajo, had told this story to his granddaughter, who told it to her younger brother, who repeated it to Roberts.

The story included details of a makeshift burial, which eventually led to the discovery of human remains. DNA testing at the University of Colorado seemed to confirm that the bones found in Utah were all that was left of Ruess.

But Utah's state archaeologist was not convinced. Kevin Jones examined the bones himself and found them more typical of Navajos. The Ruess family had planned to cremate the remains and spread the ashes over the Pacific Ocean. But Jones' doubts made them wonder about a second opinion. 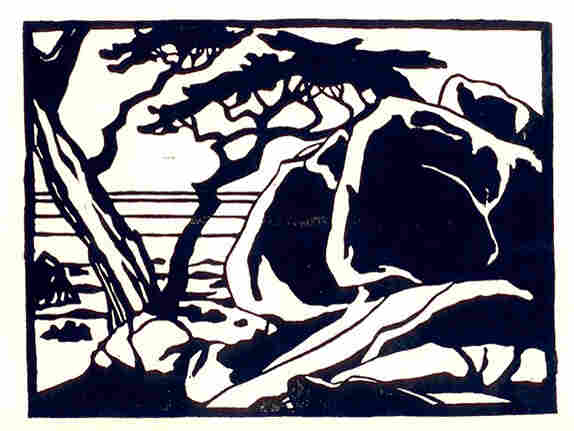 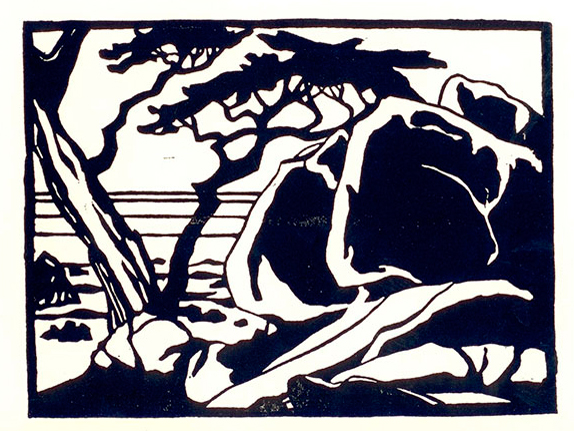 The Ruess family contacted the Armed Forces DNA Identification Laboratory in Rockville, Md., and asked for help. The lab uses DNA to identify newly recovered remains of American military men and women from as far back as World War II.

The so-called Ruess remains presented a research opportunity. The bones sent to the lab had been in a desert environment for decades and could help lab scientists figure out how to recover and analyze DNA from unidentified soldiers, sailors, Marines and airmen killed in desert wars in Afghanistan and Iraq.

Coble's crew compared DNA from the remains with DNA from Ruess' living male descendants and found no connection. The remains carried no trace of a chromosomal characteristic unique to males in Ruess' family.

In fact, the scientists concluded that the remains are likely from a young Navajo.

"We go back to where we were a year and a half ago, where we hoped that someday he will be found," Ruess' nephew, Brian, said, having received the results. "You continue to live with the assumption that the mystery will never be solved — but the hope that it will." 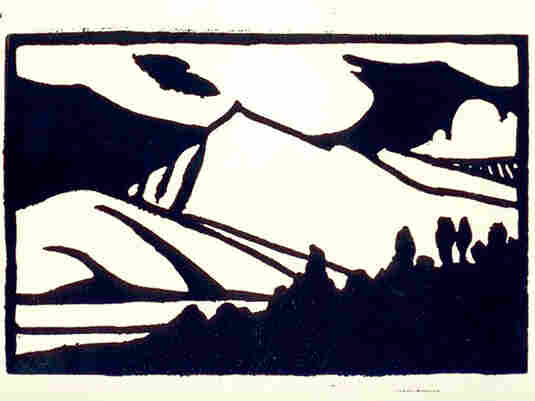 The new test results prompted the DNA testing group at the University of Colorado to admit to flaws in its tests. The Colorado group accepts the findings of the Armed Forces lab.

Coble adds that his team became fascinated with the Ruess story.

"The scientist who did most of the lab work has pictures of Everett," Coble says. "She's been reading his work, and it is amazing how his writings are still very, very powerful."

Writer Roberts still believes the murder story told by the family of Navajos. He thinks he and others found the wrong remains.

"Why would a guy make up a story like this?" Roberts asks. "And why would he keep it secret for so many years?"

That's a new mystery, along with the identity of the remains thought to be Ruess. Those remains will be turned over to the Navajo tribe. And the mystery of Ruess' disappearance continues.

"No matter whether or not we solve the mystery," Roberts says, "Everett Ruess is fascinating, pretty deep and complicated."

Beginning at age 16, Ruess ventured into country far from pavement and the region's scattered settlements. He explored, wrote about and depicted in paintings and woodcuts the canyons and mesas that would come to be cherished by environmental activists and wilderness romantics.

In fact, some Ruess devotees were disappointed when it seemed his remains had been found, "because it did diminish, in their estimation, his message and his vision," Brian Ruess recalls. "It would have made it seem that he did not succeed in his goal to fully embrace the wilderness."

In November 1934, Ruess wrote his final letter from the remote Mormon outpost of Escalante, Utah: "As to when I shall revisit civilization, it will not be soon. ... I prefer the saddle to the streetcar and the star sprinkled sky to the roof, the obscure and difficult trail leading into the unknown to any paved highway, the deep peace of the wild to the discontent bred by cities."

Then Ruess and his two burros disappeared into a sea of Utah sandstone.

Reflecting on the latest news, Brian Ruess is direct. "It's sad. It's disappointing," he says. "Certainly we would hope to obtain closure one of these days. ... But we also appreciate the mystery of his disappearance."