Accessibility links
Crime Comics Make A Comeback With 'Noir' Dark Horse Comics has commissioned short stories from several creators behind the current crime comic renaissance. The result, Noir: A Collection of Crime Comics, is a seamy, exploitative walking tour through man's basest desires. Which is to say, it's a lot of fun. 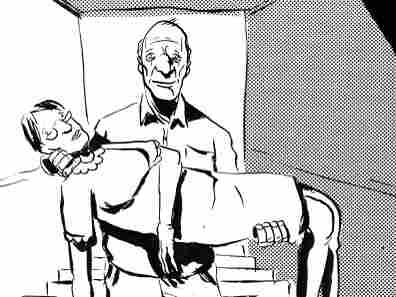 Jeff Lemire's "The Old Silo" sets up the emotional stakes with great care and even greater economy before supplying us with its twist.
Jeff Lemire 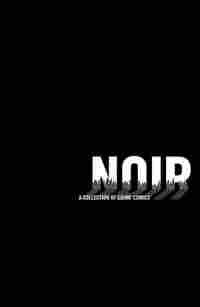 By the time Superman got around to donning his circus tights in 1938, the crime comic was already a fixture on newsstands. Last year, comics historian David Hajdu's Ten-Cent Plague documented the surprising variety of pulpy, two-fisted tales of murder and mayhem offered up in those early days of comics, including Dick Tracy and his fanciful ilk; War on Crime, the blandly moralistic newspaper strip conceived by J. Edgar Hoover himself; and, slightly later, the influential Crime Does Not Pay, a gleefully lurid series that broke with tradition by focusing on the unrepentant lawbreaker instead of the lantern-jawed lawman who pursued him.

When the superhero fad faded at the end of World War II, it was the crime comic — alongside horror and romance titles — that kept the comics medium alive. By the mid-1950s, however, the growing explicitness of these tales of gumshoes, gunsels, lies and larceny caused church groups and politicians to see them as a major cause of juvenile delinquency. Book burnings and Senate hearings followed; the crime comic disappeared, taking its many noirish, whiskey-breathed pleasures with it.

Until today. Although the superhero genre (which bounced back forcefully after its brief midcentury remission) dominates the shelves, crime comics geared to adults are experiencing a boomlet. From true-crime accounts like Rick Geary's beautiful, painstakingly researched Treasury of Victorian Murder volumes to gritty, uncompromising books like Criminal, 100 Bullets, Scalped, Fell and Darwyn Cooke's masterful adaptation of Richard Stark's Parker, the crime comic is back.

Dark Horse Comics has commissioned short stories from several creators behind the current crime comic renaissance, as well as several authors known for their non-genre "indie" work. The result, Noir: A Collection of Crime Comics, is a seamy, exploitative walking tour through man's basest desires. Which is to say, it's a lot of fun.

As you might expect, the thrills tend toward the cheap, the femmes tend toward the fatale, and Things Are Seldom What They Seem. Within these genre constraints, most of the collection's authors manage to uncover something new. What makes the Fillbach Brothers' "Lady's Choice" so satisfying, for example, is its decision to adopt the point of view of a character always seen but rarely heard in crime fiction: the woman in the slinky dress guzzling champagne as she hangs off the gangster's arm. Jeff Lemire's "The Old Silo" sets up the emotional stakes with great care and even greater economy before supplying us with its twist, and succeeds because of it. "The Bad Night," by Brian Azzarello, Fabio Moon and Gabriel Ba, is the collection's cleverest, most grimly amusing tale, though to reveal why would ruin it. Suffice to say that it sneaks up on you, offering a slanted take on one of the most sacrosanct moments in all of comics.

Less successful are the stories that feature characters created elsewhere. Paul Grist's Kane and Dean Motter's Mister X both have their own series, but the stand-alone stories found here simply don't stand sufficiently alone, dependent as they are on the reader's familiarity with characterization and continuity established outside of these pages.

Unlike the seminal crime comic Crime Does Not Pay, whose editor famously forbade artists from using black ink in backgrounds (convinced that bright colors drove sales), Noir is fittingly steeped in shadows, and the book's production does them justice. Its blacks are that of the abyss, its whites pure and crisp as fresh linen; the only grays to be found in the book's palette are those that exist in the souls of its many flawed, hapless and ultimately doomed characters. 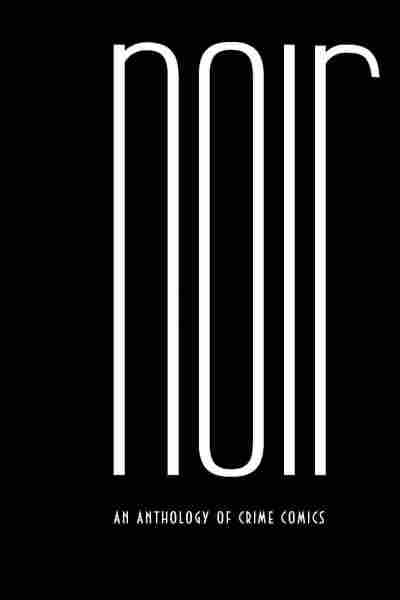 A Collection of Crime Comics