Accessibility links
Movie Review - 'Schmatta' and 'American Casino' - Capitalism's Paradoxes, Writ Personal On Film Michael Moore's Capitalism: A Love Story made a splash, but critic John Powers says its critique of capitalism is "the kind of scattershot tirade I used to hear in my college dorm." Better object lessons: New documentaries, Schmatta and American Casino, that do far more to explain how grand economic forces shape our daily lives. 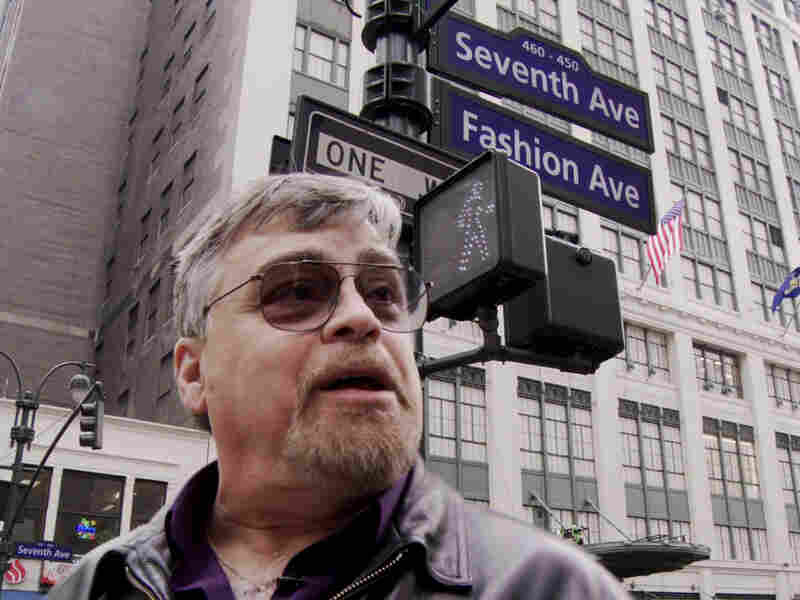 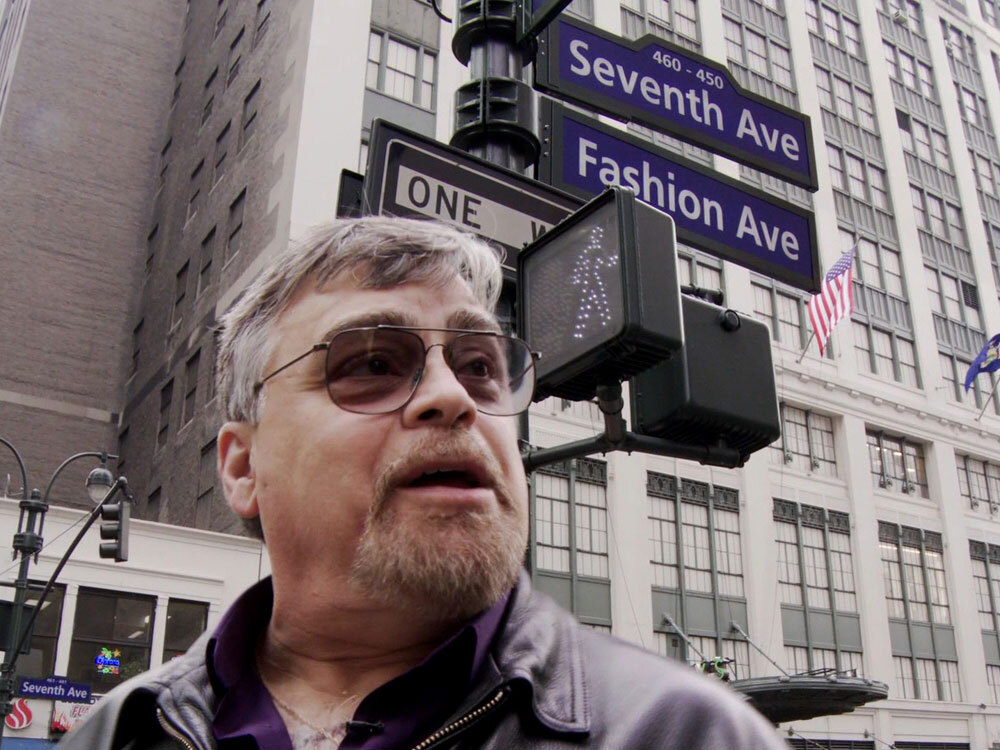 In good times, most of us don't give much thought to capitalism — we simply live within it. All that changes when things go bad, which is why we're now seeing a flood of movies about the economy. The most publicized is Michael Moore's Capitalism: A Love Story, but frankly, it serves up the kind of scattershot tirade I used to hear in my college dorm. If you actually want to learn something, two other new documentaries do far more to explain how grand economic forces shape our daily lives.

Schmatta: Rags to Riches to Rags is an engrossing, elegiac history of the New York garment industry, largely seen through the eyes of those who've worked there. Starting with the early sweatshops, filmmaker Marc Levin shows how the notorious Triangle Shirtwaist Factory fire of 1911 — in which 146 female workers died after being locked in their burning workplace — helped jump-start the entire American labor movement, leading to widespread prosperity. By the '50s, garment workers were buying houses in the suburbs and sending their kids to college. Four decades ago, 95 percent of our clothes were made in America. Today, it's 5 percent.

What happened? The short answer is the globalized marketplace. Companies began finding it more profitable to outsource their manufacturing to places like China or Bangladesh, where non-unionized workers make one-twentieth the wage of their American counterparts. Meanwhile, back in the Garment District, the unions declined and American workers lost their jobs, even as the companies that once employed them prospered and fashion designers became celebrities selling an image of luxury.

That image, and those luxuries, won't be bought by the people you meet in Schmatta, nearly all of whom love the garment industry but can no longer find work there. Nor will you see them being worn by the ordinary homeowners you meet in American Casino, Leslie and Andrew Cockburn's film about the sub-prime mortgage crisis. Following E.M. Forster's old command — "Only connect" — this smart, touching documentary traces the connections between Wall Street's high-flying practices and the countless citizens on Main Street who now face bankruptcy and eviction. 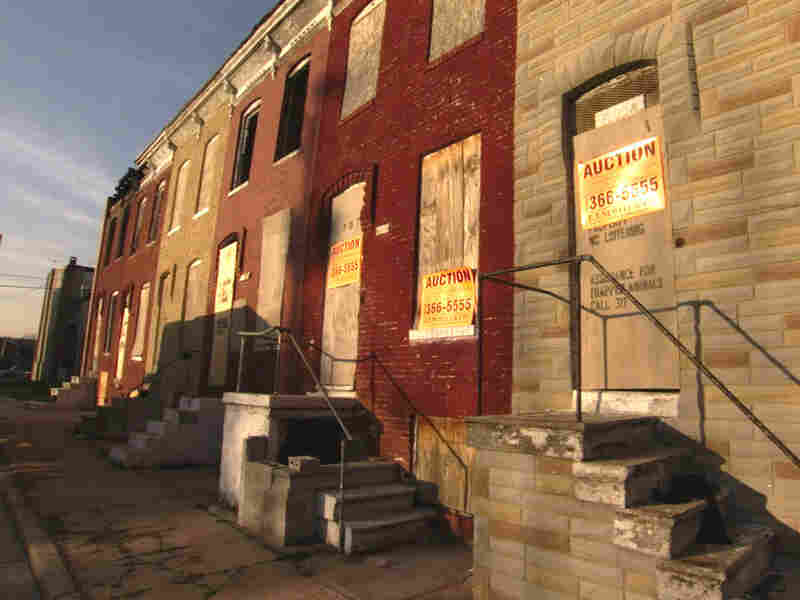 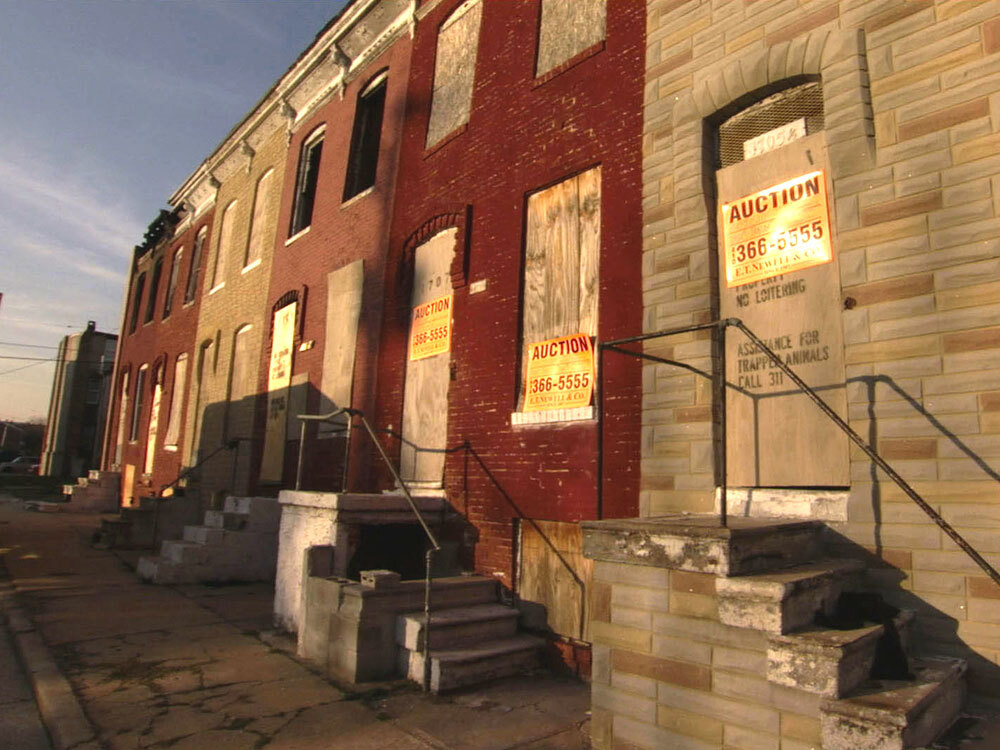 American Casino explores the communities hit hard by the sub-prime mortgage crisis, including this block of foreclosed row houses in Baltimore.

American Casino links the crisis to three things. The ideological belief in unregulated capitalism embraced by the likes of former Fed Chairman Alan Greenspan; a political class, both Republican and Democratic, that lifted longstanding restraints on financial institutions; and brokers who used their new freedom to pioneer risky financial strategies, from the feverish promotion of sub-prime loans to mathematical models that supposedly made it safe to create a market in those dodgy loans.

The result was a deeply corrupt system in which everyone from local mortgage officers to Wall Street banks made big profits on dangerous transactions, then passed on the risk like a hot potato. As one in-house memo at Standard and Poor's put it: "Let's hope we're all wealthy and retired by the time this house of cards falls." Of course the house of cards did fall, and as the film shows, we now have empty McMansions whose untended swimming pools breed West Nile mosquitoes.

American Casino introduces us to several people who are losing their homes — a group that's disproportionately African-American. Far from being schemers, they're likable, heartbreaking figures who teach school and work for churches. And using interviews with former financial insiders, the Cockburns reveal how the whole sub-prime loan business wasn't just predatory — systematically targeting the poor and preying on ignorance — but often criminal.

Near the end of Schmatta, history comes full circle when, a century after the Triangle Shirt Waist fire, female garment workers again burn to death — this time in Bangladesh. Looking at their bodies, we're reminded of the great paradox also revealed in American Casino: Capitalism is the greatest engine for creating growth and wealth the world has ever known — even Karl Marx was impressed — but if you don't control it, capitalism can be as destructive as it is creative. It creates good jobs for American garment workers, then takes them away, invents seemingly magical ways of letting people buy homes, then throws them out. Nothing is immune from its genius for creative destruction, although one thing does seem to remain constant. The system is far kinder to bankers and CEOs than to those who cut fabric or teach in our schools.

John Powers is a film critic for Vogue , for whose Web site he writes the column Absolute Powers.