Accessibility links
Brave, Brainy, Changeable — Zadie Smith Revealed The payoff in Zadie Smith's book of essays, Changing My Mind, comes not from her discussion of her literary influences but in three essays about her "gentle, sentimental" father, Harvey Smith, a salesman who died at 81 in 2006. 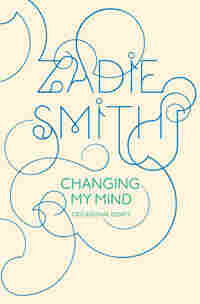 A flexible mind is an open mind. Zadie Smith puts hers — and ours — through calisthenics in this brainy collection of essays about some of her influences and passions, which include Vladimir Nabokov, George Eliot, Katharine Hepburn, David Foster Wallace and British comedy. No worries here about Emerson's "foolish consistency." Smith notes that "ideological inconsistency is, for me, practically an article of faith."

Since the smashing success of White Teeth in 2000 when she was not quite 25, Smith has been asked to take public stances on everything from movies to writing habits. In "That Crafty Feeling," she confesses that, unlike novelists who avoid reading others' books while writing their own, "My writing desk is covered in open novels.I think of reading like a balanced diet; if your sentences are too baggy, too baroque, cut back on fatty Foster Wallace, say, and pick up Kafka as roughage." This lack of anxiety over influence shouldn't surprise readers of On Beauty, Smith's third novel, which was consciously modeled on E.M. Forster's Howard's End.

Whether writing about Foster Wallace, Forster or Zora Neale Hurston, Smith shows a deeply intellectual and continually evolving appreciation of literature. She first resisted her Jamaican-born mother's recommendation to read Hurston, a leading light of the Harlem Renaissance, because, "Like all readers, I want my limits to be drawn by my own sensibilities, not by my melanin count." She confesses, "I lost many literary battles the day I read Their Eyes Were Watching God. I had to concede that occasionally aphorisms have their power. I had to give up the idea that Keats had a monopoly on the lyrical." 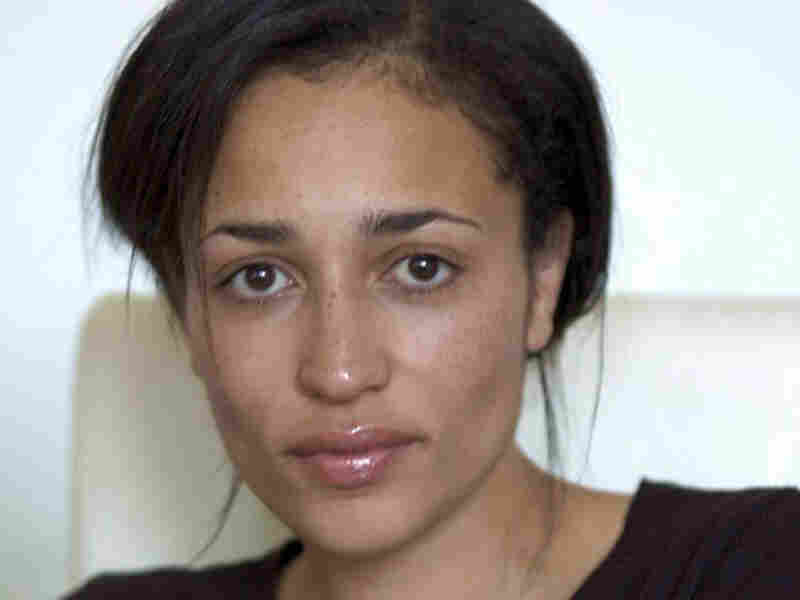 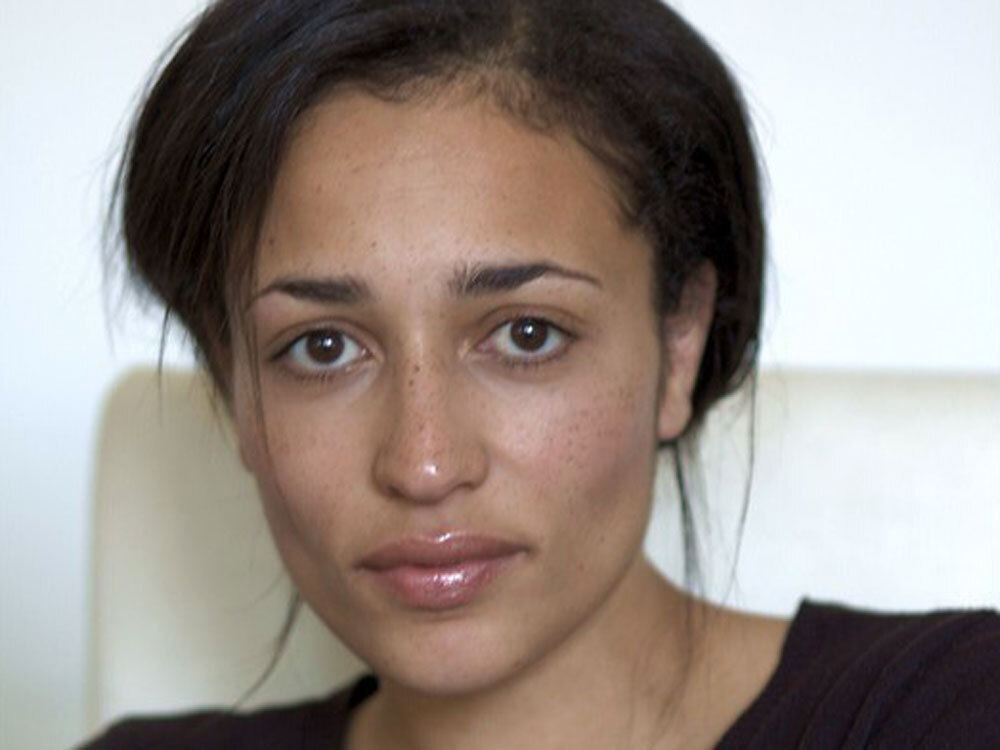 Similarly, in the debate over whether readers or writers wield ultimate power, Smith used to side with Roland Barthes' view that literature was wide open to any interpretation readers brought to it. But her attitude changed when she became a writer, swinging toward Nabokov's belief in tight authorial control. She explains, "Nowadays I know the true reason I read is to feel less alone, to make a connection with a consciousness other than my own."

While her somewhat meandering tribute to Wallace (first published in The New Yorker) and her season of movie reviews (first published in The Sunday Telegraph) are filled with sharp insights, the book's real payoff comes in three essays about her "gentle, sentimental" father, Harvey Smith, a salesman who died at 81 in 2006. Like Archie Jones, the White Teeth character modeled on him--and unlike his daughter who, Eliza Doolittle-like, changed what she calls her voice at Cambridge University and gained entree to a tonier world--Harvey's life was not a success story.

Smith's account of her "short-tempered, bullying" interviews with her father about his World War II experiences movingly demonstrate her willingness to develop publicly. Frustrated by his repeated insistence that she write that he was neither brave nor a hero, she finally comes to recognize and admire that "he didn't lose himself in horror. Which is a special way of being brave."

One could argue that these forthright personal essays are another way of being brave.

My father had few enthusiasms, but he loved comedy. He was a comedy nerd, though this is so common a condition in Britain as to be almost not worth mentioning. Like most Britons, Harvey gathered his family around the defunct hearth each night to watch the same half-hour comic situations repeatedly, in reruns and on video. We knew the "Dead Parrot" sketch by heart. We had the usual religious feeling for Monty Python's Life of Brian. If we were notable in any way, it was not in kind but in extent. In our wood-cabinet music center, comedy records outnumbered the Beatles. The Goons' "I'm Walking Backwards for Christmas" got an airing all year long. We liked to think of ourselves as particular, on guard against slapstick's easy laughs — Benny Hill was beneath our collective consideration. I suppose the more precise term is "comedy snobs."

Left unchecked, comedy snobbery can squeeze the joy out of the enterprise. You end up thinking of comedy as Hemingway thought of narrative: structured like an iceberg, with all the greater satisfactions fathoms underwater, while the surface pleasure of the joke is somehow the least of it. In my father, this tendency was especially pronounced. He objected to joke merchants. He was wary of the revue-style bonhomie of the popular TV double act Morecambe and Wise and disapproved of the cheery bawdiness of their rivals, the Two Ronnies. He was allergic to racial and sexual humor, to a far greater degree than any of the actual black people or women in his immediate family. Harvey's idea of a good time was the BBC sitcom Steptoe and Son, the grim tale of two mutually antagonistic "rag-and-bone" men who pass their days in a Beckettian pile of rubbish, tearing psychological strips off each other. Each episode ends with the son (a philosopher manque, who considers himself trapped in the filthy family business) submitting to a funk of existential despair. The sadder and more desolate the comedy, the better Harvey liked it.

His favorite was Tony Hancock, a comic wedded to despair, in his life as much as in his work. (Hancock died of an overdose in 1968.) Harvey had him on vinyl: a pristine, twenty-year-old set of LPs. The series was Hancock's Half Hour, a situation comedy in which Hancock plays a broad version of himself and, to my mind, of my father: a quintessentially English, poorly educated, working-class war veteran with social and intellectual aspirations, whose fictional address — 23 Railway Cuttings, East Cheam — perfectly conjures the aspirant bleakness of London's suburbs (as if Cheam were significant enough a spot to have an East). Harvey, meanwhile, could be found in 24 Athelstan Gardens, Willesden Green (a poky housing estate named after the ancient king of England), also by a railway. Hancock's heartbreaking inability to pass as a middle-class beatnik or otherwise pull himself out of the hole he was born in was a source of great mirth to Harvey, despite the fact that this was precisely his own situation. He loved Hancock's hopefulness, and loved the way he was always disappointed. He passed this love on to his children, with the result that we inherited the comic tastes of a previous generation. (Born in 1925, Harvey was old enough to be our grandfather.) Occasionally, I'd lure friends to my room and make them listen to "The Blood Donor" or "The Radio Ham." This never went well. I demanded complete silence, was in the habit of lifting the stylus and replaying a section if any incidental noise should muffle a line and generally leached all potential pleasure from the exercise with laborious explanations of the humor and said humor's possible obfuscation by period details: ration books, shillings and farthings, coins for the meter, and so on. It was a hard sell in the brave new comedic world of The Jerk and Beverly Hills Cop and Ghostbusters.

Hancock wasn't such an anachronism, as it turns out. Genealogically speaking, Harvey had his finger on the pulse of British comedy, for Hancock begot Basil Fawlty, and Fawlty begot Alan Partridge, and Partridge begot the immortal David Brent. And Hancock and his descendants served as a constant source of conversation between my father and me, a vital link between us when, classwise, and in every other wise, each year placed us further apart. As in many British families, it was university wot dunnit. When I returned home from my first term at Cambridge, we couldn't discuss the things I'd learned; about Anna Karenina, or G. E. Moore, or Gawain and his staggeringly boring Green Knight, because Harvey had never learned them — but we could always speak of Basil. It was a conversation that lasted decades, well beyond the twelve episodes in which Basil himself is contained. The episodes were merely jumping-off points; we carried on compulsively creating Basil long after his authors had stopped. Great situation comedy expands in the imagination. For my generation, never having seen David Brent's apartment in The Office is no obstacle to conjuring up his interior decoration: the risque Athena poster, the gigantic entertainment system, the comical fridge magnets. Similarly, for my father, imagining Basil Fawlty's school career was a creative exercise. "He would have failed his eleven-plus," Harvey once explained to me. "And that would've been the start of the trouble." When meditating on the sitcom, you extrapolate from the details, which in Britain are almost always signifiers of social class: Hancock's battered homburg, Fawlty's cravat, Partridge's driving gloves, Brent's fake Italian suits. It's a relief to be able to laugh at these things. In British comedy, the painful class dividers of real life are neutralized and exposed. In my family, at least, it was a way of talking about things we didn't want to talk about.

When Harvey was very ill, in the autumn of 2006, I went to visit him at a nursing home in the seaside town of Felixstowe, armed with the DVD boxed set of Fawlty Towers. By this point, he was long divorced from my mother, second divorce, and was living alone on the gray East Anglian coast, far from his children. On dialysis for a decade (he lost his first kidney to stones, the second to cancer), his body now began to give up. I had meant to leave the DVDs with him, something for the empty hours alone, but when I got there, with nothing to talk about, we ended up watching them together for the umpteenth time, he on the single chair, me on the floor, cramped in that grim little nursing-home bedroom, surely the least funny place he'd ever found himself in — with the possible exception of the 1944 Normandy landings. We watched several episodes, back to back. We laughed. Never more than when Basil thrashed an Austin 1100 with the branch of a tree, an act of inspired pointlessness that seemed analogous to our own situation. And then we watched the DVD extras, in which we found an illuminating little depth charge hidden among the nostalgia and the bloopers:

It was probably — may have been — my idea that she should be a bit less posh than him, because we couldn't see otherwise what would have attracted them to each other. I have a sort of vision of her family being in catering on the south coast, you know, and her working behind a bar somewhere, he being demobbed from his national service and getting his gratuity, you know, and going in for a drink and this ... barmaid behind the bar and she fancied him because he was so posh. And they sort of thought they'd get married and run a hotel together and it was all a bit sort of romantic and idealistic, and the grim reality then caught up with them.

That is the actress Prunella Scales answering a question of comic (and class) motivation that had troubled my father for twenty years: why on earth did they marry each other? A question that — given his own late, failed marriage to a Jamaican girl less than half his age — must have had a resonance beyond the laugh track. On finally hearing an answer, he gave a sigh of comedy-snob satisfaction. Not long after my visit, Harvey died, at the age of eighty-one. He had told me that he wanted "It's All Over Now, Baby Blue" played at his funeral. When the day came, I managed to remember that.

From Changing My Mind: Occasional Essays by Zadie Smith. Copyright 2009 by Zadie Smith. Published by Penguin Press. Used by permission of the publisher. All rights reserved. 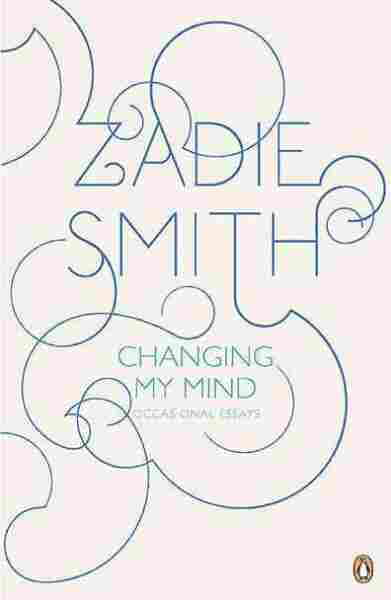