Accessibility links
Bioengineered Plants Gone Wild A study shows the effect of what happens when genes from bioengineered plants get lose. A gene that protects a squash from a viral disease also protects a wild gourd from this disease but it makes it more susceptible to other threats. 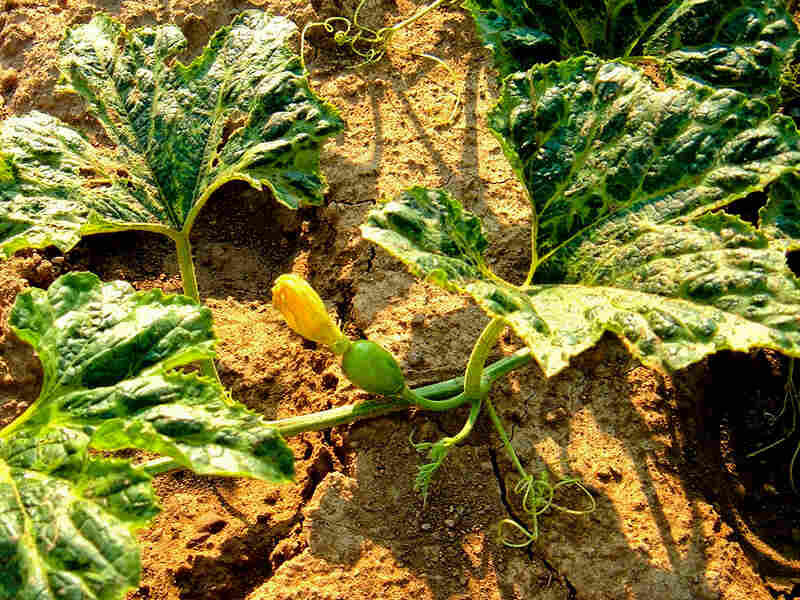 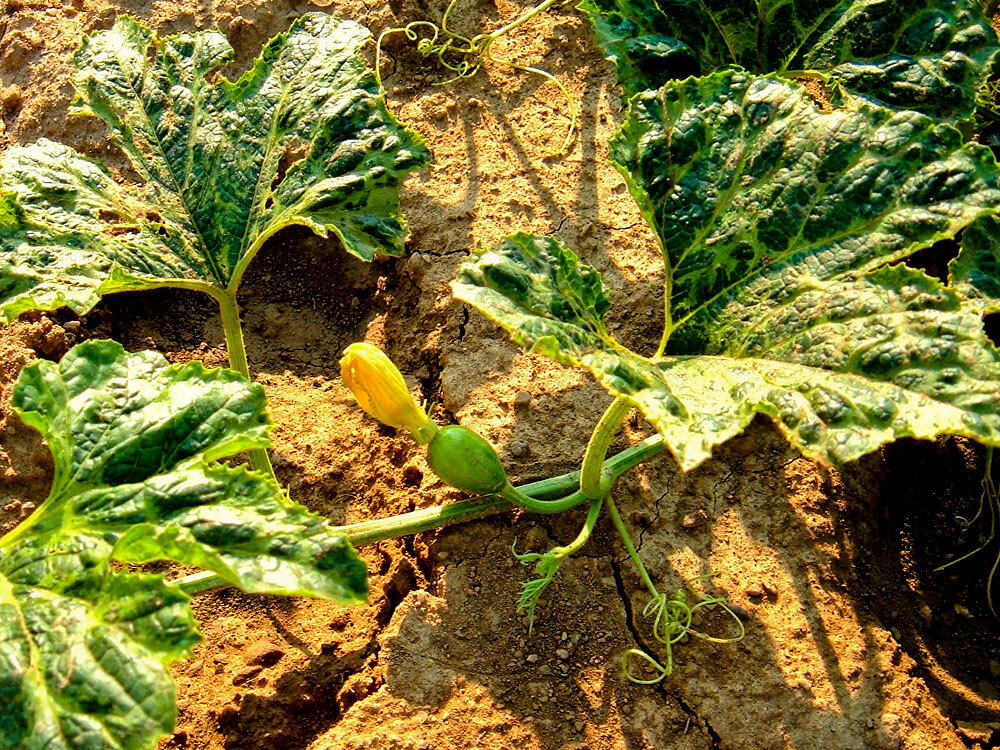 This squash plant shows the effects of a viral disease.

Special genes inserted into crop plants have a way of leaking into the environment. That much scientists know for sure. What they're less certain about is what effect those genes have on plants growing in the wild.

Andrew Stephenson is interested in answering that question. He's a plant ecologist at Penn State University. Plant breeders put things called transgenes into plants to give them desirable properties such as disease resistance.

"People were concerned that when the transgene escapes into the wild populations, it will provide a fitness advantage," says Stephenson.

A fitness advantage means the wild plants, with this advantageous transgene, might grow out of control, mucking up the ecosystem.

Stephenson studies a wild squash plant called cucurbita, the Texas gourd. It looks like a pumpkin plant, but with smaller leaves. The fruits are about the size of a baseball or softball, they're round or slightly pear-shaped, and they taste terrible.

Cucurbita shows up throughout the American Southwest and Mexico. Stephenson wanted to know what would happen when his wild gourd picked up a transgene that's used in cultivated squash to protect the crop from plant viruses.

So he purposely created a strain of Texas gourd with the transgene, and planted some next to the same gourd that didn't have the transgene. Then he waited for spring, when aphids would bring a plant virus to the field.

Stephenson reports in the journal PNAS that as the virus spread through the field, it only affected the Texas gourd without the transgene. 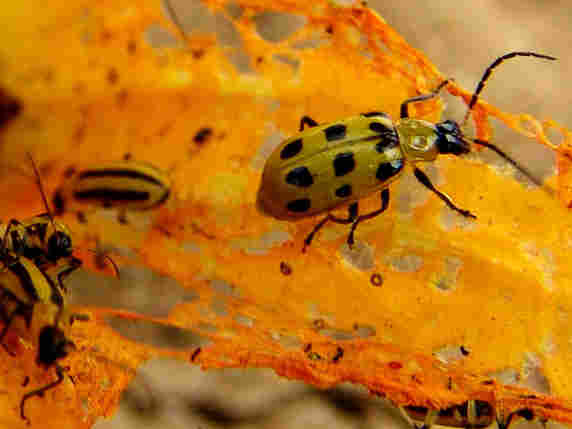 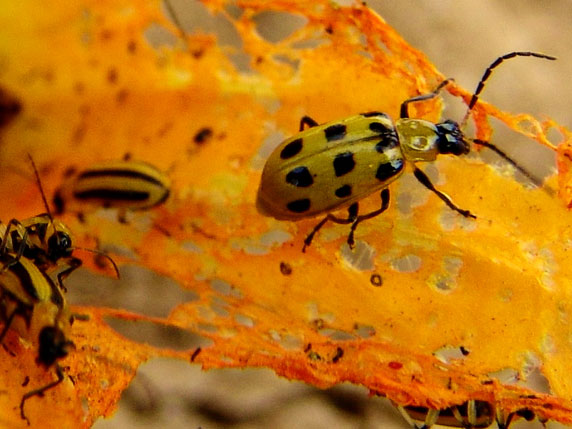 Spotted cucumber beetles can carry bacterial wilt disease, which is lethal to the cucurbita.

So at first, it looked as if scientists were right to worry that the transgene might give cucurbita a fitness advantage. But then, something strange happened. After the aphids arrived in the field, along came another pest: the cucumber beetle. These beetles carry a different plant disease ... not a virus, but bacteria

"These bacteria secrete an exopolysaccharide, a kind of snotlike stuff," says Stephenson.

When the beetles eat the gourd's leaves and flowers, this snotlike stuff gets into the plant's plumbing. This first causes the leaves to wilt, and then ultimately kills the plant.

But, surprisingly, the beetles don't seem to like the taste of the virus-infected cucurbita, so they tend to chew on the healthy plants protected by the transgene.

"As the virus spreads through the susceptible plants in the field, the beetles become increasingly concentrated onto the healthy transgenic plants," says Stephenson.

Yes, the plants are protected from the virus, but that makes them more vulnerable to the bacteria.

Stephenson says no one suspected that would happen.

Now in this particular case, the unintended consequences aren't bad. The wild gourd apparently won't grow out of control because if the transgene gives the plant a fitness advantage, the cucumber beetle takes that advantage away.

But Norman Ellstrand, a plant geneticist at the University of California, Riverside, says that is not what's important about Stephenson's research. "We know the transgene sometimes give us unexpected effects. And when you do an experiment like Stephenson's group did," says Ellstrand, "you see how complicated ecology really is."