Accessibility links
In Gaza, Hamas Finds Popularity Waning The Palestinian militant group Hamas has been consolidating its power more than two years after it took over the Gaza Strip. But the recent conflict with Israel and Gaza's continuing isolation are taking a toll on the group's popularity. 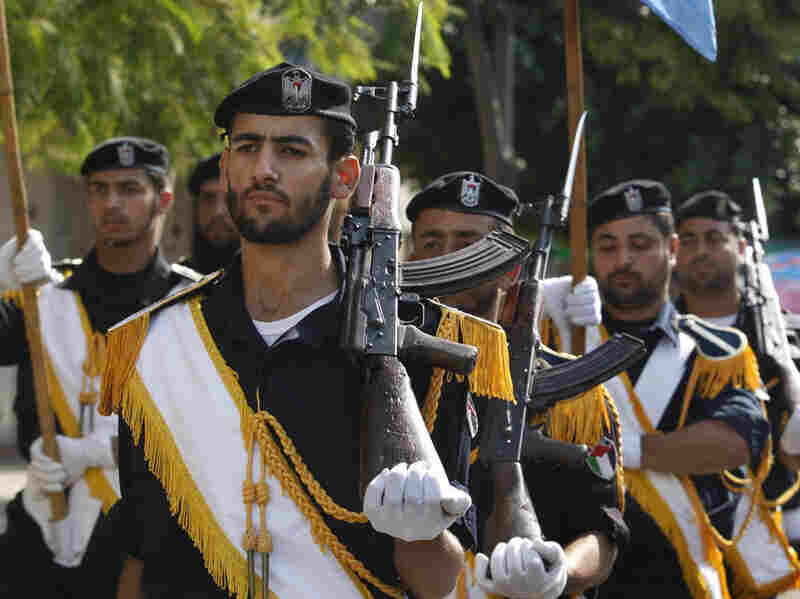 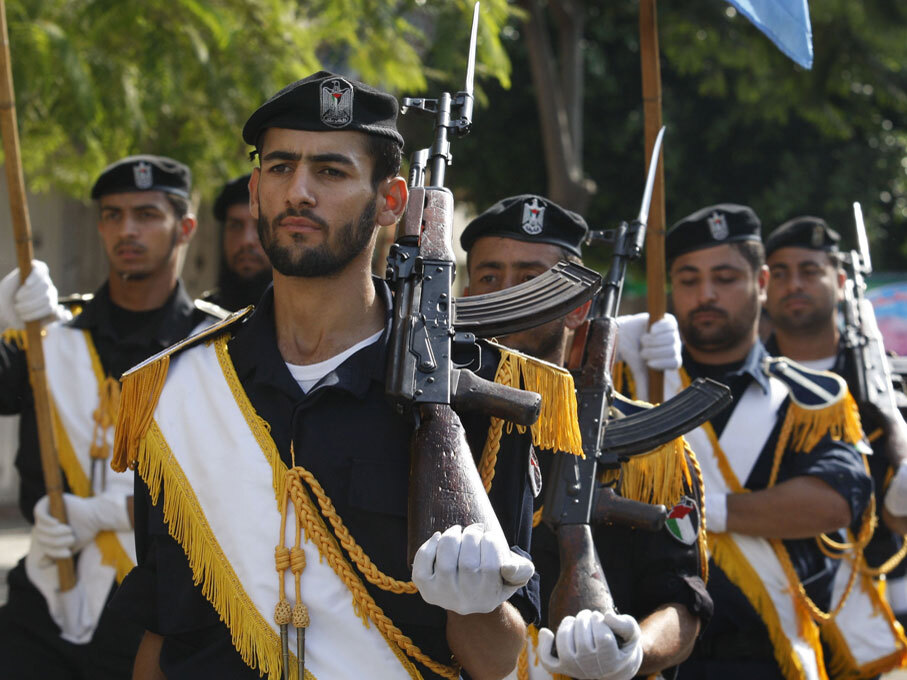 It has been more than two years since the militant Palestinian group Hamas took over the Gaza Strip after a short but bloody war with the rival Fatah movement, which rules the West Bank.

Since then, Hamas has been consolidating its political power. But the recent conflict with Israel and Gaza's continuing isolation are taking a toll on the group's popularity on the streets.

Last week in Gaza, Hamas police were training on the beaches during the day. At night, Hamas' military wing, al-Qassam Brigades, was drilling its members on how to move through Gaza City's crowded neighborhoods in case of another confrontation with Israel.

Offices are bustling inside the building where Hamas houses its government ministries. It is clear that the group is in control of the Gaza Strip. But when asked whether Hamas still has the support of the people, Hamas' Deputy Foreign Minister Ahmed Youssef sounds defensive.

"If we have six months, we will be able to convince our people. The people know why we are suffering here," Youssef says. "The people are suffering because of sanctions, because Gaza [is] under siege, but this they understand at the same time why they are suffering. So the blame is not for Hamas."

Gaza-based analyst Mokhaimar Abu Seada says that is not true. "Hamas' popularity here in the Gaza Strip has declined," he says.

In the 2006 elections in the West Bank and Gaza, Hamas won a decisive victory running on a platform of "change and reform." In 2007, it forcibly evicted the rival Fatah party from Gaza.

Abu Seada says that in a way, Hamas has been a victim of its own success. It now has to be accountable to the people it governs. He says many people are starting to blame the militant group for their most recent troubles.

"The war, the destruction that was visited on Gaza — some of the Palestinians blame Hamas for what happened," he says.

Last winter, the Israeli army launched an offensive in Gaza to stop Palestinian rocket fire on nearby Israeli communities. The Israeli operation caused widespread destruction in Gaza. The economy is moribund and unemployment rife.

Israel has tight restrictions on what can come into and out of the Gaza Strip. Most Gazans rely on what is delivered through an illicit network of tunnels under the border with Egypt.

Hiba Abu Hamda comes from a family of Hamas supporters, but she says she no longer backs the militant group.

She says Hamas has improved life in one vital area, however.

"When they came, they tried to control the situation, the security, and they succeed in that," she says. "We felt security."

"It's very clear, we give them a chance," she says. "They are trying to do their best, but it's not enough."

However, Hamas retains a strong grassroots operation that has only grown more powerful over the past few years.

A number of outreach programs operate at the women's working circle in Gaza City, which was founded by Hamas' late spiritual leader Sheik Ahmed Yassin. Najah al-Batnege, the circle's director, says she believes people see Hamas' good works in Gaza and appreciate them.

"Hamas is the legal government of Gaza," she says. "Hamas is still very popular here among the people. If you go to any Hamas events, you will see they are crowded and full of supporters.

"The bad conditions here are not due to Hamas but due to the Israeli siege," she adds.

Last week, Palestinian Authority President Mahmoud Abbas, of the Fatah faction, called for Palestinian elections to take place in January in the West Bank and Gaza. Hamas responded by saying the call for elections was illegal and would not be observed in Gaza. Hamas officials said they might hold their own independent poll, however.