Accessibility links
Chicago Club Accused Of Racism Over Dress Code When Washington University law students visited a club in Chicago, the black students in the group were kept out, allegedly because they were wearing "baggy clothes." From that incident, a controversy over discrimination has ensued. 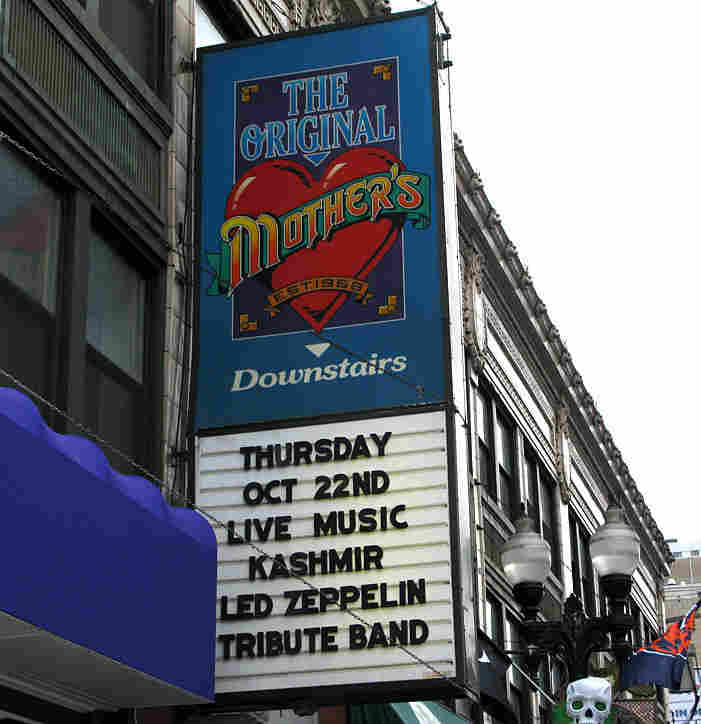 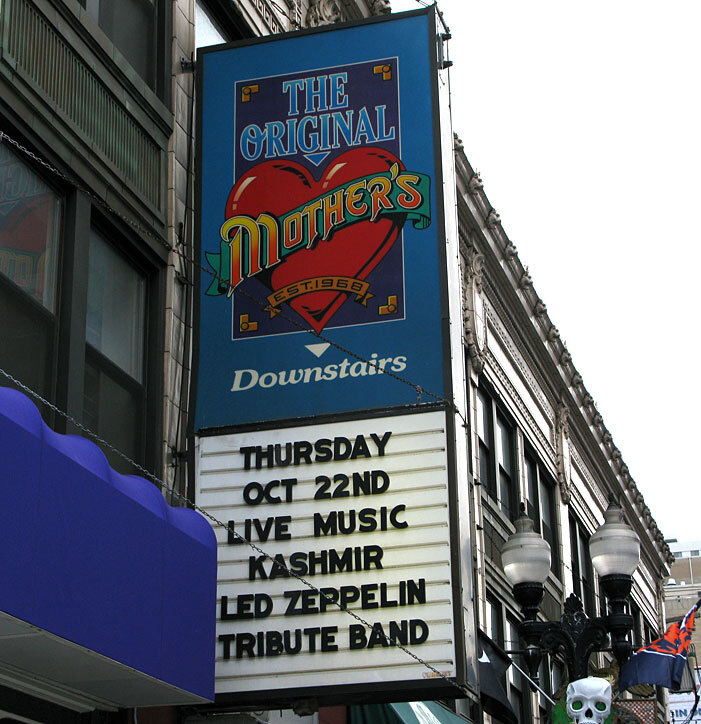 The Original Mother's was made famous in the 1986 movie About Last Night, starring Rob Lowe, Demi Moore and Jim Belushi.

Six college students from St. Louis accuse a popular Chicago nightclub of using a dress code banning baggy pants to racially profile them, denying them entrance to the club on a recent Saturday night.

The African-American students were part of a group of nearly 200 students from Washington University who were in Chicago on a fall break senior class trip the weekend of Oct. 16. They had prearranged for an outing at The Original Mother's, a popular Division Street singles bar made famous in the 1986 movie About Last Night, starring Rob Lowe, Demi Moore and Jim Belushi.

Regis Murayi, student council treasurer and one of the organizers of the trip, says the students prepaid $25 each for an all-you-can-drink special at Mother's on Oct. 17.

When Murayi and five other black students got to the club and tried to enter, he says, they were stopped by a bouncer at the door.

"He said that our jeans were too baggy, and they had a baggy-jeans policy at the establishment," said Murayi, adding that the bouncer told them "that we were in violation of that [policy] and we weren't going to be allowed in because of that."

Murayi says he tried pleading with the bouncer and a manager. Another student suggested that they all go back to their hotel and change, but Murayi says the manager told them they still wouldn't be allowed in.

"Alarm bells went off in my mind automatically," said Murayi, a double major in math and economics from Aberdeen, Md. He says he has been targeted by such dress codes before.

"A lot of times, baggy-jeans policies are used, in my opinion, to reject a certain demographic, mostly black men, from being allowed entry into certain places," Murayi said.

Murayi and other Washington University students say white members of the class who wore pants that were just as baggy were allowed into Mother's. In an experiment of sorts, he exchanged jeans with white student Jordan Roberts to see if Roberts could get in.

"Jordan's about 3 inches shorter than me and about 40 pounds lighter than me," Murayi said. "He said he felt like a clown; his pants were ridiculous, but he just walked up and was allowed in."

A representative of Mother's says the company is conducting an internal investigation and that it would issue a statement soon.

A human resources manager was quoted by the Chicago Tribune as saying the dress code is for security and is meant to keep gang members out. In addition to banning oversized or baggy clothing, it also bans athletic wear, jerseys and work boots.

It's not just Mother's. Most of the trendy singles bars and nightclubs in the popular Rush Street area have dress codes, including nearby McFadden's.

"This is downtown Chicago, this is not Ma and Pa's, you know what I mean? Everybody down here dresses the same, and that's it. No ghetto clothes — you come down, dress nice, have a good time and that's it."

Goff said he applies the policy equally to everyone.

Not everybody agrees that nightclub dress codes are enforced so equally.

"I find that incidents like the one that occurred at Mother's really speak to a new set of discriminatory codes that are being administered or employed at certain places," said Herman Brewer, acting president and CEO of the Chicago Urban League, whose daughter happens to be a recent Washington University graduate.

He says policies like those at Mother's and increasingly at bars, clubs and restaurants all around the country are much more than dress codes.

"They are discriminatory codes. They are ways of profiling people based on their appearance that are not in any way representative of who those people are," Brewer said. "It's sad, but it reminds us that despite the progress that our nation has made [on race relations] over the years, there is still much more work to be done."

The Washington University students filed civil rights complaints against Mother's with the Justice Department, the Illinois Attorney General's Office and the Chicago Commission on Human Relations.

They have also sparked a dialogue back on their own campus in St. Louis about racism, using the incident as a "teachable moment" in a well-attended town hall meeting on the topic Monday night.