Accessibility links
Google Announcing New Music Search The new service will be featured within a standard Google search: Plug in the band or musician's name, and bios, videos and images will pop up. The search results will point you to online music retailers Google has partnered with.

On Wednesday, Google will announce a musical addition to its service. Soon you'll be able to search for music on Google — and buy it just a few clicks from the search page. 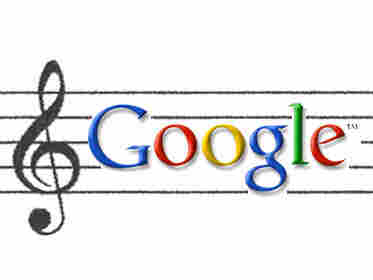 The company is planning a lavish press conference in the cylinder shaped Capitol Record building in Hollywood. The symbolism indicates Google has the support of a recording industry that is struggling to sell music to fans.

"When Google gets into it, it gets a lot of attention," says Greg Sandoval, a senior writer for CNET News. "Because Google has lots of money, lots of power, a huge audience, they can make a difference."

The new service will be featured within a standard Google search. Just enter the name of the band or musician, then things like bios, videos and images pop up. Google itself is not selling the music. The search results will link to Google's partners, digital music retailers Lala and iLike. That's where you can stream or buy songs and albums.

Sandoval says Google may be hoping the ubiquity of its search engine may help draw customers to its relatively unknown retail partners. But, he says, "people still, by and large, those that are obtaining music legally are going to iTunes."