Accessibility links
Regulators Debate Pros, Cons Of 'Too Big To Fail' Some high-level policymakers say large financial firms pose too much danger to the financial system and to taxpayers. Others argue that they provide benefits that need to be preserved. 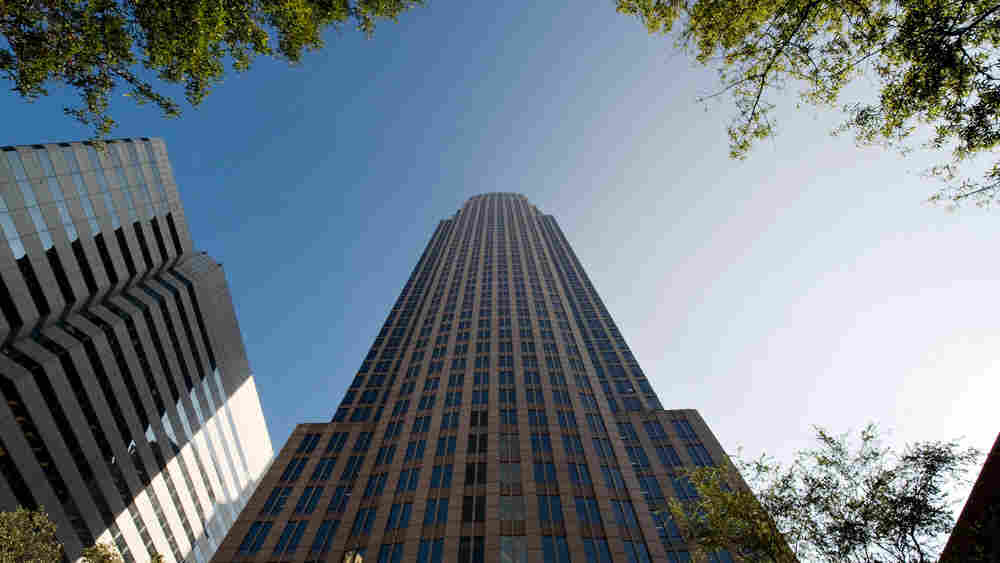 Some high-level policymakers say large firms, such as Bank of America, pose too much danger to the financial system and to taxpayers. Davis Turner/Getty Images hide caption 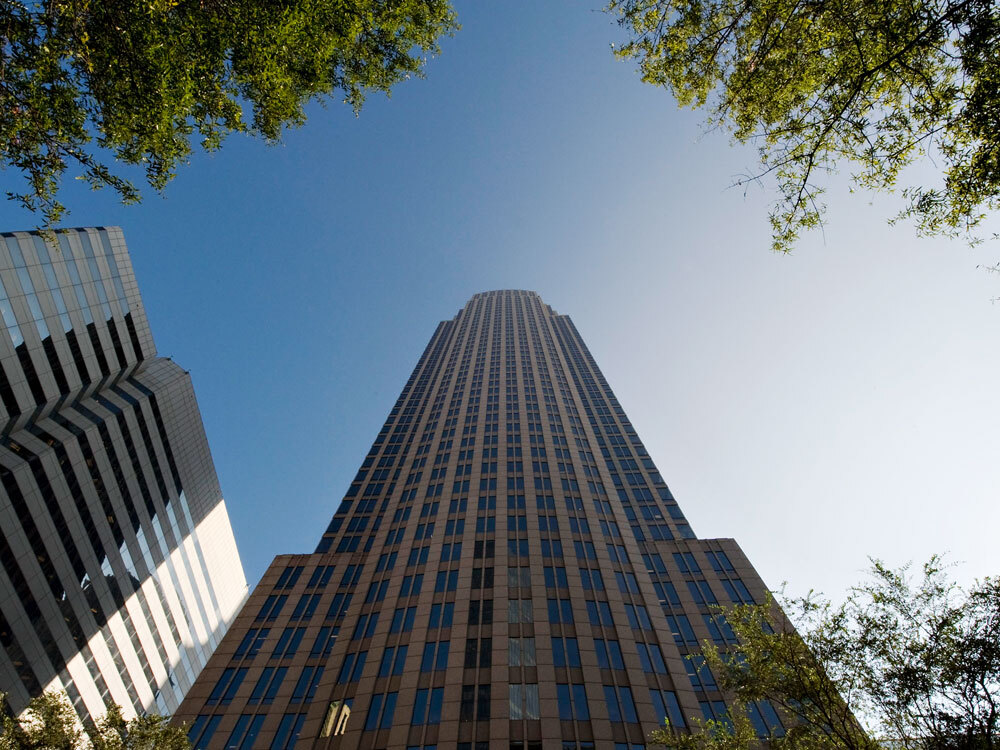 Some high-level policymakers say large firms, such as Bank of America, pose too much danger to the financial system and to taxpayers.

A draft bill before Congress seeks to protect taxpayers from having to bail out big financial institutions by giving vast powers to a new regulatory council. The regulators would set rules for financial firms that pose a systemic risk either because of their size or their connection to other firms. The bill does not, however, limit the size of financial institutions.

Some high-level policymakers say large firms pose too much danger to the financial system and to taxpayers. Among the most prominent advocates of some limitation on the size of banks is former Federal Reserve Chairman Alan Greenspan. 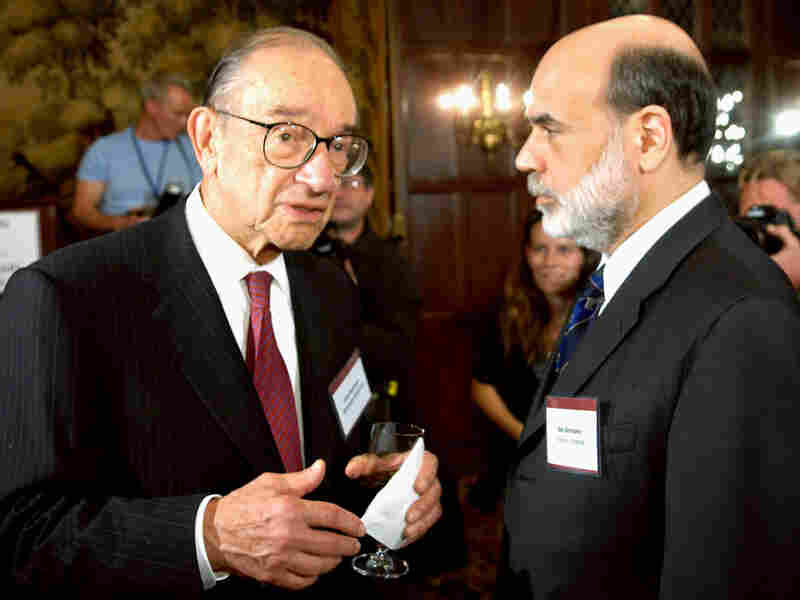 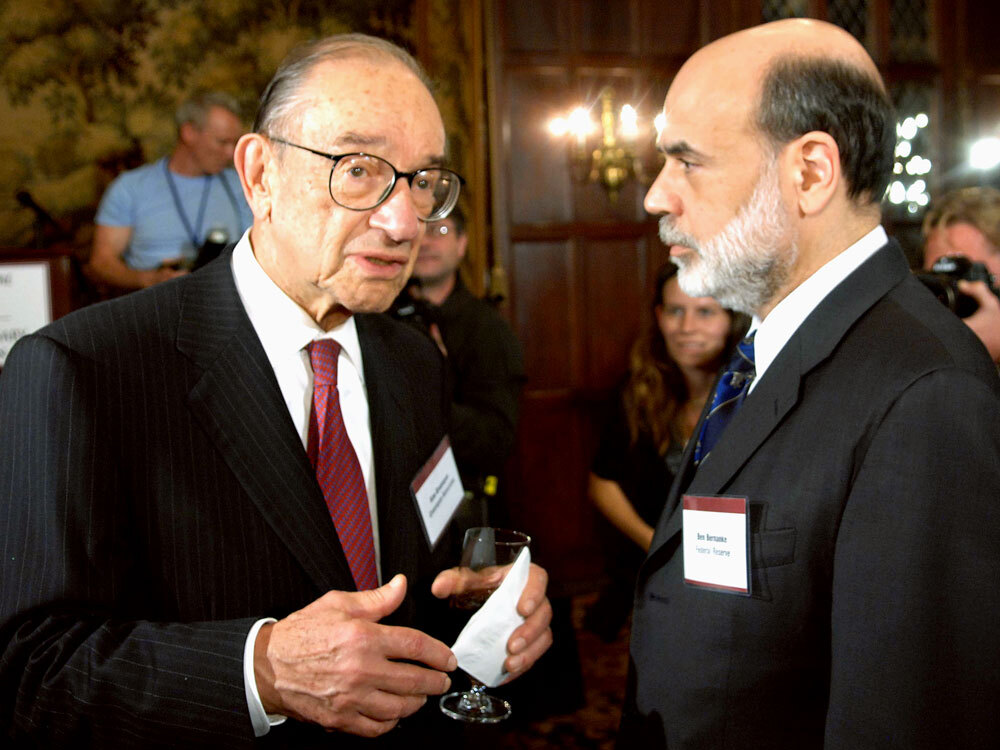 "If they're too big to fail, they're too big," he said recently. Mervyn King, head of the Bank of England, expressed similar sentiments in a speech last week.

But speaking Friday at a conference on Cape Cod in Massachusetts, the current Fed chairman, Ben Bernanke, disagreed.

"We can address these issues in a way that doesn't destroy the economic value of large, complex multifunction firms through other mechanisms," he said.

So what is the economic value of huge firms like Citigroup or Bank of America?

"They have complex financial needs having to do with hedging," Calomiris says. "We're not going to be able to serve the needs of large global firms with mom-and-pop banks."

Calomiris acknowledges that the failure of very large firms poses a potential danger to economies and taxpayers. But he thinks that with better regulation, including higher capital requirements, the danger can be managed, and he generally agrees with the Obama administration's approach.

Calomiris thinks it's particularly important to put in place a better system for assessing the level of risk that financial firms are taking.

"The basic problem is that the financial sector can hire the best, most talented people. It can pay them extraordinary amounts of money," he says. "They will always get ahead of the regulators."

Johnson agrees capital requirements must be raised, and he says the revolving door between Wall Street and its Washington regulators must be bolted shut.

But, he says, at the top of the list should be limiting the size of financial firms to no more than $100 billion in assets. That's about one-tenth the size of the largest global bank — certainly large enough to serve the needs of global businesses. He says most of the companies he knows already work with multiple banks because different banks are good at different things.

"Particularly if you're working across so many markets, you really want people with excellent local knowledge. So you can work with a network of financial institutions and you can hedge any kind of position you have with multiple contracts with smaller players," Johnson says. "In fact it's probably not wise in this day and age to rely on one provider of financial services. You're less likely to get a good price that way."

Calomiris says he disagrees; because of their economies of scale, he says, bigger firms can charge less for their services.

He argues there's another benefit of big global banks: They've given small firms in emerging markets more access to capital. In Mexico, he says, six families dominated the banking industry and wouldn't lend to competitors. Their banks crumbled during the Mexican financial crisis of the '90s.

"And so we got a huge entry of foreign-owned branches in Mexico, which has completely changed the political economy of the banking system. It now operates at an arms-length efficient banking system, not a network for crony capitalism."

Johnson says that's just exchanging one set of powerful players for another.

"And the view that our banks are only good and forces for progressive change is, I have to say, a little New York-biased," he says. "Most of the people in the world don't see it that way, and with good reason."

Finally, Johnson says, any benefits of very large banks have to be measured against the potential cost of failure, which the current crisis has demonstrated is immense.