Accessibility links
Taste Test: The Best Apple To Take The Heat Some apples are much better for baking whole than others, but which are the best? We've picked our favorite apple for baking — and found one classic cooking apple that failed the test. 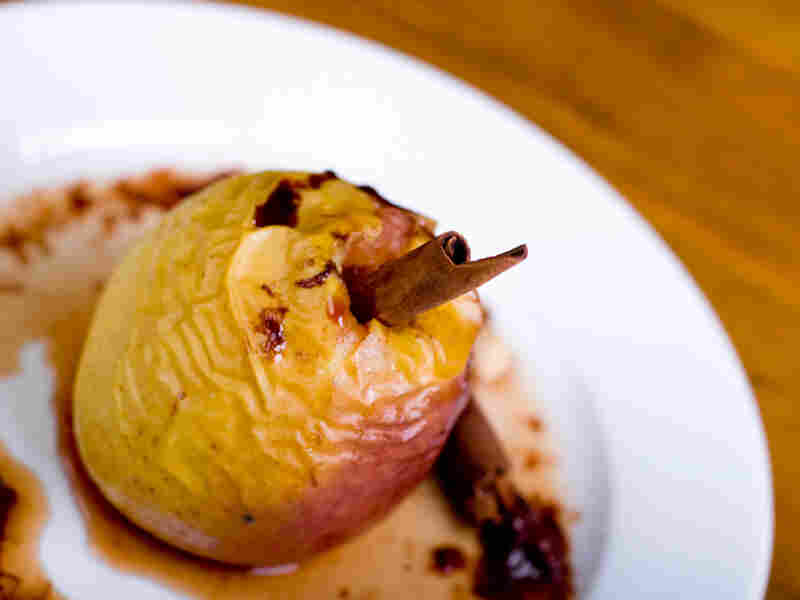 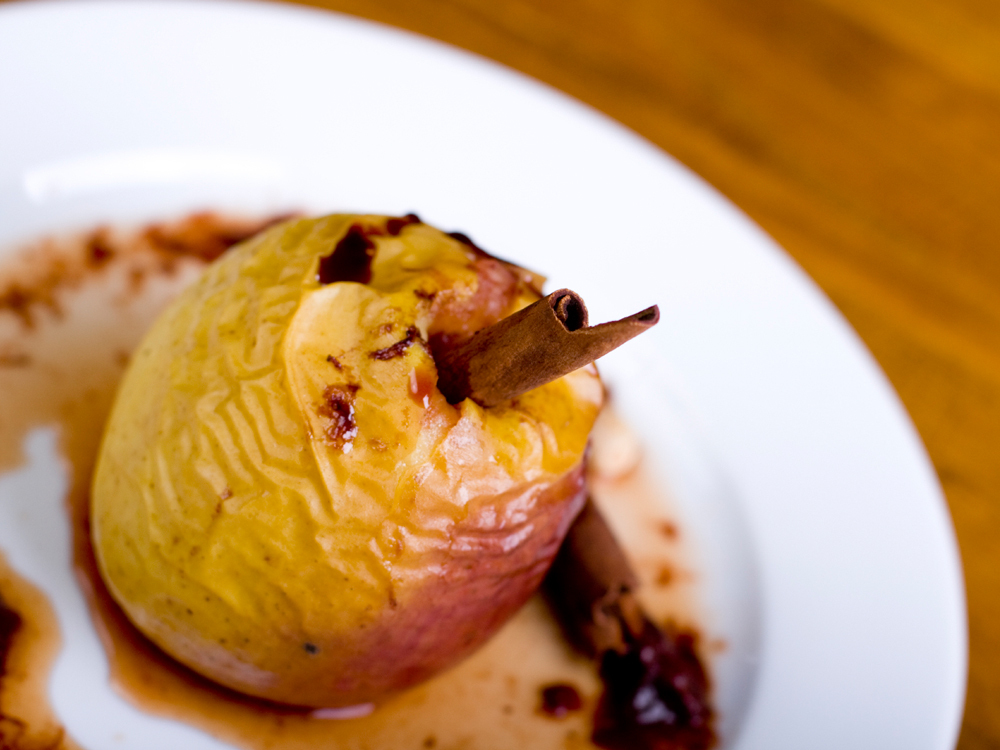 Just like potatoes, some apples are much better for baking whole than others. But which kinds are best? NPR's Guy Raz and I decided to do a side-by-side comparison with different kinds of apples to see which ones baked up best — and worst.

Using the same recipe for baked apples, we tried two of each variety — just to be sure the results weren't a fluke.

Generally speaking, we found that mild, crisp eating apples make poor bakers because their delicate flavor and texture are lost during the baking process — not a big surprise. Very crisp, tangy, intensely flavored "cooking" apples tend to be much better for baking, although one well-known cooking apple flunked our test. That was a surprise!

No matter which apple you choose to bake, one important point to remember is that cinnamon and sugar can't revive even the right variety of apple if it's flabby and past its prime. Apples may look festive in a bowl on the counter, but stash them in the refrigerator — preferably around 32 degrees Fahrenheit — if you want to keep them fresh and flavorful. Don't worry — their natural sugar will keep them from freezing.

For our test, we informally rated a number of traits when choosing the winners and losers. In particular, we were looking for apples that, when baked:

Our Winner, Our Loser

Our big winner was the Honeycrisp because it looked attractive and had a very appealing flavor and texture. The big loser — and big surprise — was the Granny Smith. Reputed to be a great cooking apple, it collapsed, turned olive drab and lacked a rounded, "appley" taste and aroma. 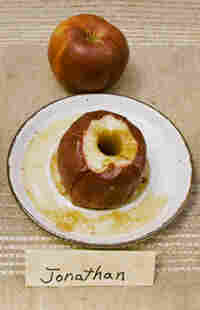 This old favorite dates to the early 19th century, likely from a New York or Connecticut Esopus Spitzenburg apple tree seedling. Its complex sweet-tart flavor comes through clearly, and it holds its red color, so it gets good ratings for taste and appearance. One drawback for those who prefer their baked apples large is that Jonathans are rarely more than medium-sized, 5 to 7 ounces each.

Tasting Notes: Holds dark red color and its shape well. Skin color permeates and gives the flesh a pinkish color. Good apple flavor; pleasantly firm flesh, not at all applesaucy. Skin slightly thick, but pleasant-tasting. (Note: The unbaked apples were not very crisp, so may have been past their prime.) 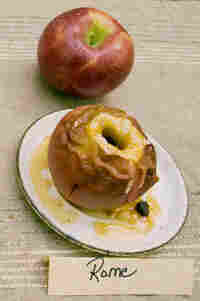 A staple all over America in autumn, this handsome, bright red apple is said to have grown from an unidentified sapling near Proctorville, Ohio, in the early 1800s. Also called Red Rome and Rome Beauty, it is recommended for baking primarily because it is very large — sometimes huge! — and impressive-looking, and the tart flesh maintains its integrity during baking. The apple flavor is not complex but quite zesty, which complements the classic brown sugar-cinnamon combo nicely. 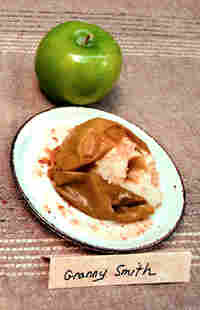 Introduced from Australia in the 1970s, this very tart green apple is now widely grown in the U.S. and one of our year-round staple apples for cooking and eating. 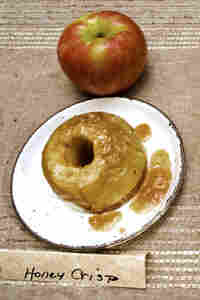 A 1960s Minnesota introduction descended from Macoun, Golden Delicious and Haralson apples, this large, super-crisp and sweet-yet-tangy variety has a pleasant, memorable flavor. It has recently become one of our most popular all-purpose apples and is showing up in more and more markets in the autumn. 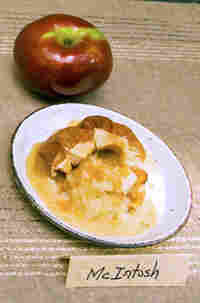 Originating in Ottawa, Canada, about two centuries ago, the McIntosh is a tangy, medium-sized cooking apple that continues to be a favorite in New England and New York state. It is widely used in cider and apple sauce blendings and for eating by fans of tart apples, though, perhaps because of its poor keeping qualities, orchards are now replacing it with descendants such as the Cortland and Empire.

Tasting Notes: Very unattractive baked; completely collapsed and erupted applesauce out the top. Skin is brownish, very tough and not especially tasty. Flesh has distinct applesauce consistency and taste and is tangy-tart, which Guy liked a lot, Nancy not so much.