Accessibility links
Boeing's Shift To S.C. Raises Union Ire Boeing says it will open a second assembly line for its long-delayed 787 jetliner in South Carolina. The company chose the site over Everett, Wash., a decision driven in large part by its desire to expand in a nonunion environment. 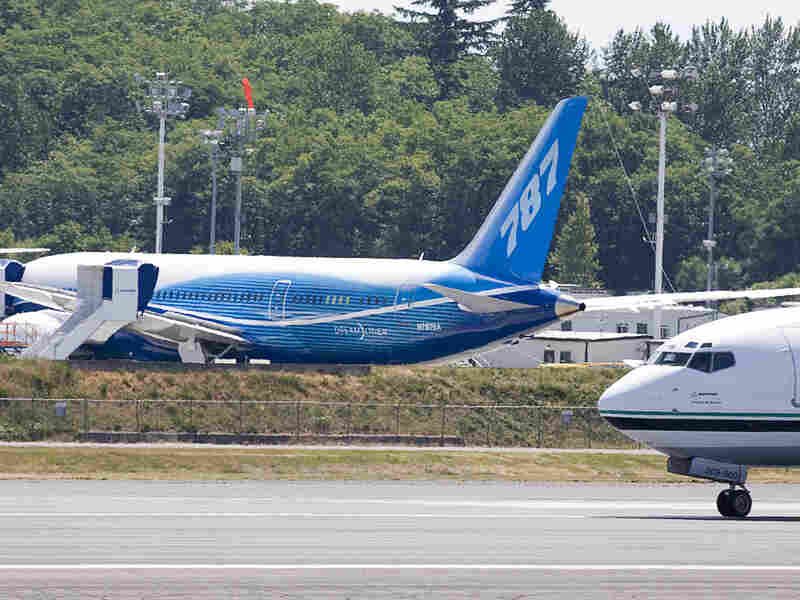 A Boeing 787 sits on the flight line in June near the company's production facilities at Paine Field in Everett, Wash. Boeing will now operate a second facility in South Carolina. Stephen Brashear/Getty Images hide caption 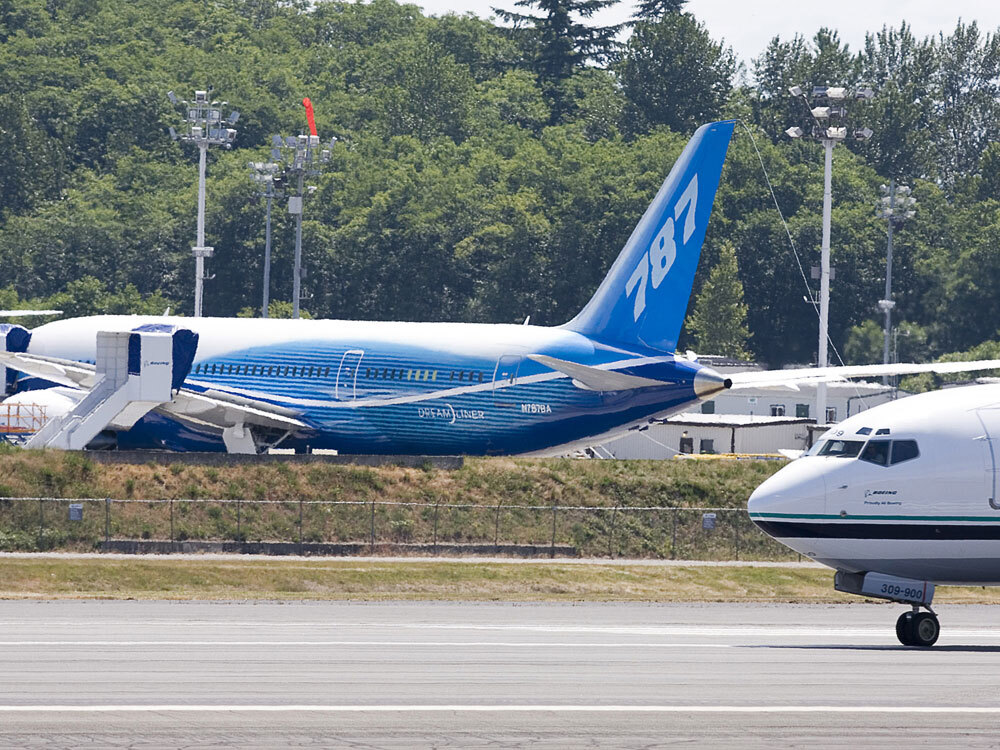 A Boeing 787 sits on the flight line in June near the company's production facilities at Paine Field in Everett, Wash. Boeing will now operate a second facility in South Carolina.

Boeing is building a second production line for its new 787 jet at a facility in North Charleston, S.C. — not at Boeing's main factory in suburban Seattle.

The decision, announced Wednesday, was driven largely by the company's desire to expand in a nonunion environment.

Union machinists at Boeing have gone on strike four times in the past seven rounds of contract talks, and Boeing has had enough. By setting up a second production line in a nonunion facility in a right-to-work state, Boeing hopes it will have more control.

The company says the union was a significant factor in its decision to expand in South Carolina. But Boeing spokesman Russ Young says there were other issues too. South Carolina offered sizable financial incentives and Boeing wanted to diversify its production base beyond its factory in Everett, Wash.

"We build billions of dollars of airplanes under one roof and, you know, what if something falls on that roof?" he says.

Young cites the possibility of natural disasters or even terrorism. And, he says, diversification has another advantage — more political clout.

"For us, quite honestly, to get another governor and then two senators and more members of Congress on our side — again, that's one of those things," he says.

But before it can begin turning out airplanes, Boeing has to get the 787 off the ground. The plane is about 2 1/2 years behind schedule and still hasn't taken its first test flight.

Boeing has turned to union machinists — members of the International Association of Machinists and Aerospace Workers, or IAM — to fix many problems with the 787 created by outside suppliers. So the company's decision not to expand in a union shop was a particularly tough blow.

"I am very disappointed," says Tom Wroblewski, president of the machinists union in Seattle.

"Every single one of our members works hard," he says. "They are working long hours overtime to make the 787 successful and this is how they are treated, with the second line going somewhere else. They are very disappointed."

During discussions with Boeing earlier this month, union leaders offered the company a 10-year no-strike commitment. But in return, the union wanted job security and certain other benefits. Boeing wasn't interested.

Establishing a second production line far from the main factory makes things more challenging, and many critics including aircraft industry analyst Scott Hamilton say that with the 787 behind schedule and over budget, Boeing shouldn't add any more complications.

"I think the risks outweigh the risks of dealing with the IAM," he says. "You have to hire a whole new set of people, train them — all of that sort of thing. I just think it's the wrong move to make."

But another industry analyst, Richard Aboulafia, says Boeing did the math and rightfully concluded that it should move some production to a nonunion factory.

"I think Boeing decided that no matter what the costs and risks are, nothing is as bad as risking another 52-day strike like the one they endured last year," he says.

The first planes to be built in South Carolina are slated for completion in early 2012. But that assumes that everything goes smoothly. Given the history of the 787, that doesn't seem very likely.