Accessibility links
VFW Post Makes Push To Recruit Young Vets Veterans of Foreign Wars posts around Portland, Ore., have closed their doors as members died and funds dried up. But in Tualatin, Ore., Post 3452 has made a point to attract young veterans to revitalize membership, including moving into a new headquarters named after a 22-year-old who was fatally wounded while on duty this summer. 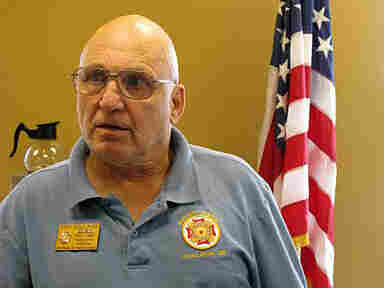 Veterans of Foreign Wars Post Commander Ron Holland says he has a "desire to accept and support and be there" for the young vets. He says he remembers coming back from Vietnam and feeling ostracized by the vets from World War II. Melissa Block/NPR hide caption

All around Portland, Ore., Veterans of Foreign Wars posts have closed their doors in recent years as members died and funds dried up.

But this summer, one post in Tualatin, Ore., outside Portland, has made a point to attract young veterans to revitalize membership, including moving out of a dump into a fancy new home.

Lembke served two tours in Iraq. And he was on foot patrol in Afghanistan this past June when he stepped on an IED. He died of complications several weeks later. He was 22.

Claudia Lembke remembers when her son was excited to join the Marines: "We tried to talk him out of it," she says. "We envisioned him going to school."

Soon after his death, the family heard from the VFW: It wanted to name the new building after their son.

Claudia, who says the family was honored, also says her son wouldn't understand what the fuss was all about. And she pauses when asked if her son would have liked to come to the VFW. 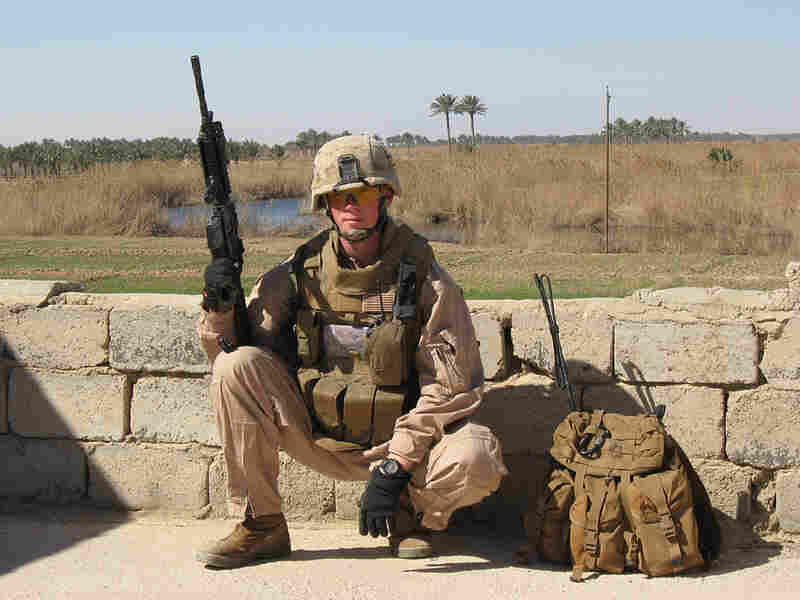 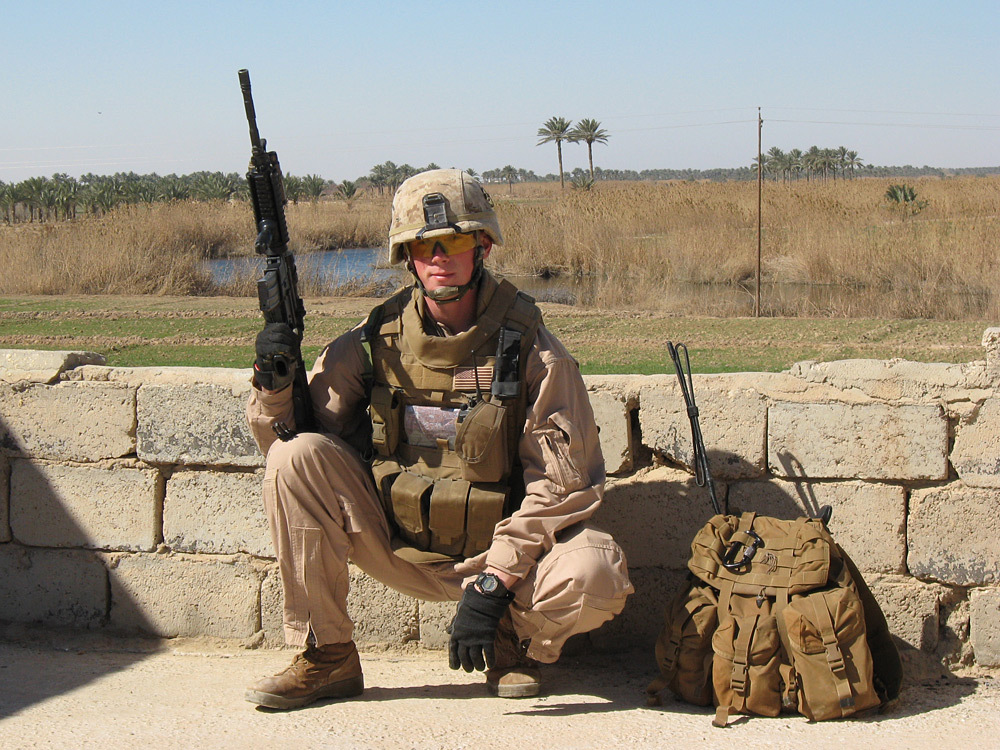 Marine Cpl. Matthew Lembke, 22, stepped on an IED in Afghanistan in June and died several weeks later. The Veterans of Foreign Wars post in Tualatin, Ore., named its new hall after him.

"I think younger guys don't think of themselves as joining this type of organization," she says. "But as they come back and find out that they're missing out on some of their benefits, [they'll find] that this organization will be helpful to them."

But the hall at breakfast is full of gray heads, filled with old memories. The veterans, many of whom served in Vietnam, gather after breakfast to talk about their new space, and their new approach.

"I like to think that the reason we built this hall wasn't for us, but was for the Iraqi veterans," says Bill Phillips, the post quartermaster. He says the former hall was a place of conflict.

"We met and argued once a month. And it was definitely an old-man thing — there was nothing really social about it. It was more combative," Phillips says. "So we set out to attract the new veterans. And we also hope — because a lot of us are Vietnam veterans — that we could open the doors for these young men and women who are fighting for us. Naming the hall after Matt is sending that message."

We met and argued once a month. And it was definitely an old-man thing — there was nothing really social about it. It was more combative. So we set out to attract the new veterans.

But Post Commander Ron Holland says a couple of members were opposed to bringing in Iraq and Afghanistan veterans.

"Literally, we had a member that says, 'We don't want a bunch of crazies around,' " Holland says. "Head cases."

But Phillips laughs: "As if we're not."

"One of the things brought up was PTSD. One of the members said, 'We shouldn't be touching PTSD,' " Phillips says. "And there's many of us, we suffer from PTSD.

"I actually had one of the old members tell me that everything was fine here until the Vietnam veteran guys came. As if we weren't allowed to be in VFW. I mean, that's holding on to those memories. We've gotta move on; we've gotta open our doors. And that's our mission. Our mission is to help veterans, period. And that wasn't happening."

Like Phillips, Holland says he remembers coming back from Vietnam and feeling ostracized by the vets from World War II.

"The World War II was the real war," Holland says. "They looked at Korean vets as, well, that was a police action. The way they looked at Vietnam was, 'Hey, that wasn't a real war either.' And I didn't feel comfortable around all the old guys." 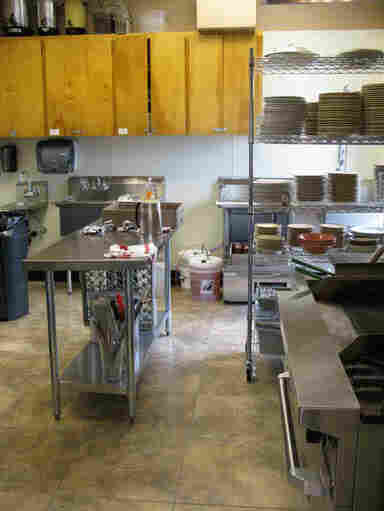 VFW Post 3452 moved into a new hall this summer with a shiny professional kitchen. Part of the idea was to attract the Iraq and Afghanistan war veterans. Melissa Block/NPR hide caption 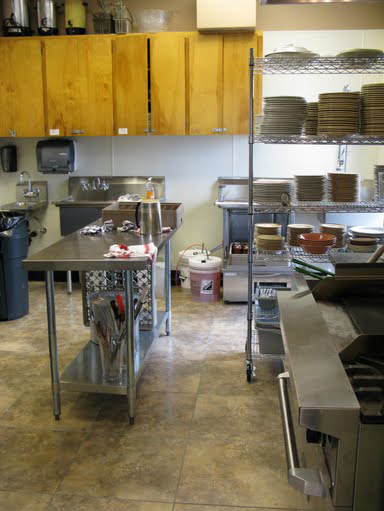 VFW Post 3452 moved into a new hall this summer with a shiny professional kitchen. Part of the idea was to attract the Iraq and Afghanistan war veterans.

Holland says he and his VFW friends may be as old as some of the younger vets' grandfathers, but they have a "desire to accept and support and be there" for them.

"One of the things that I've made it clear, and the membership has been really good about it, is every time someone walks in the door you don't know, you go over and you greet them, make them feel comfortable," he says. "If they're a veteran, this is their home."

How To Carry On The Legacy

The post has about 200 active members. Of those, about 35 are recent recruits from the wars in Iraq and Afghanistan. Many of the National Guard members on active duty in Iraq were recruited by one of the youngest members of the post, Nicky Colon.

Colon, 48, who is with the 141st Infantry Division in the National Guard, works at a security company — and he says it's hard to make it to the VFW breakfasts.

"A lot of us have to work — we're not retired like some of these guys," Colon says. "They just stay home and all that, and they need to understand that. They need to change it. The breakfast, change it to Saturday or Sunday when everybody is off, and more of a crowd will show up.

"The guys are passing away, those old timers — very nice people, good history in VFW ... but we need to start putting our history in there. They need somebody to carry on the legacy for the kids that come after us."

In Tualatin, Post 3452 is counting on its new building, with Matthew Lembke's name on it, and new members, to keep it going.

As one veteran said: "I don't want to be the last one standing here."