Accessibility links
Sufjan Stevens: Finding Inner Peace In Traffic The Brooklyn-Queens Expressway isn't exactly the type of scenic roadway that usually inspires great works of art, yet that's the inspiration behind Stevens' new album, The BQE. The singer-songwriter spent nine months traveling the BQE to capture the moods and frustrations of its motorists.

Movement I: In The Countenance of Kings 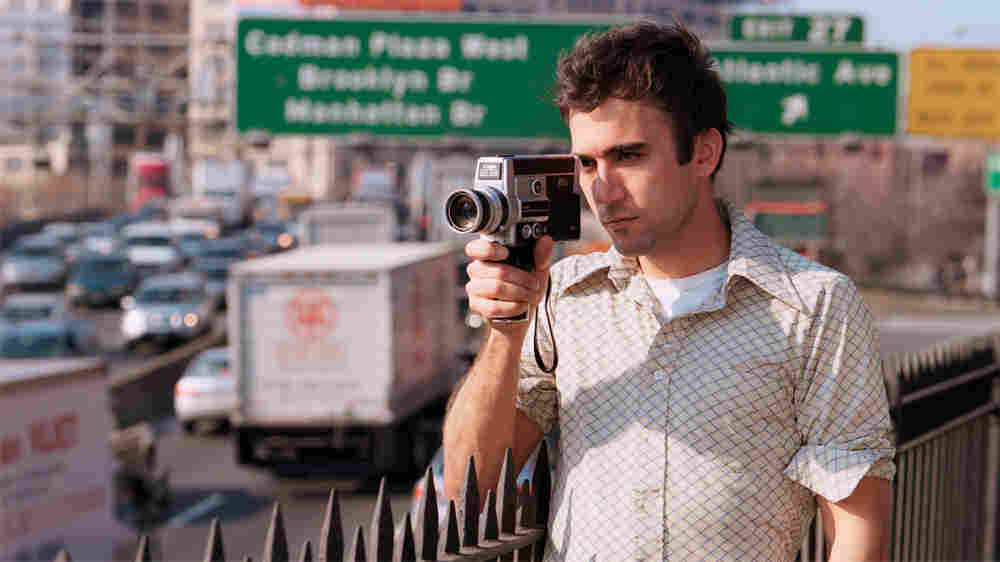 The Brooklyn-Queens Expressway isn't the type of scenic roadway that usually inspires great works of art. Completed in 1964, it's a stretch of highway that travels circuitously through the neighborhoods of Brooklyn and Queens in New York and is perhaps most famous for its rush-hour congestion.

So it might seem surprising that the BQE inspired musician Sufjan Stevens' latest album, also titled The BQE. The piece, originally commissioned by the Brooklyn Academy of Music, spans the many moods of the BQE. Stevens spent nine months traveling the Brooklyn-Queens Expressway, capturing its many moods and the frustrations of its motorists.

"It's a great insight into the psychology of man: Put a human being behind the wheel of a car and put them on the BQE," Stevens says.

The resulting music — which also serves as a soundtrack for a film which accompanies the album — takes many twists and turns along the way, capturing everything from the drone of traffic to the heightened romanticism found in Gershwin's music. Part of Stevens' aim was to acknowledge the prima facie reality of the BQE, while still acknowledging its flaws.

"My job as an artist is to find beauty where there is ugliness," Stevens says. "And I think this project is all about the beautification of a dilapidated object of scorn."

Stevens spent nine months meditating on that object of scorn. The result, he says, is that traffic no longer bothers him.

"I think a lot of this piece is about transcending the mundane elements of everyday life and finding inner peace," he says.

When asked if his quiet corner of solitude happened to be stuck in traffic, Stevens replies with a laugh: "Exactly. It's where I belong."