Accessibility links
Chef Chang's Momofuku: A Romance With Ramen A hip New York chef makes food inspired by his love for fresh, simple ingredients and classic Asian dishes. David Chang has four restaurants in his Momofuku empire and has just published a cookbook. 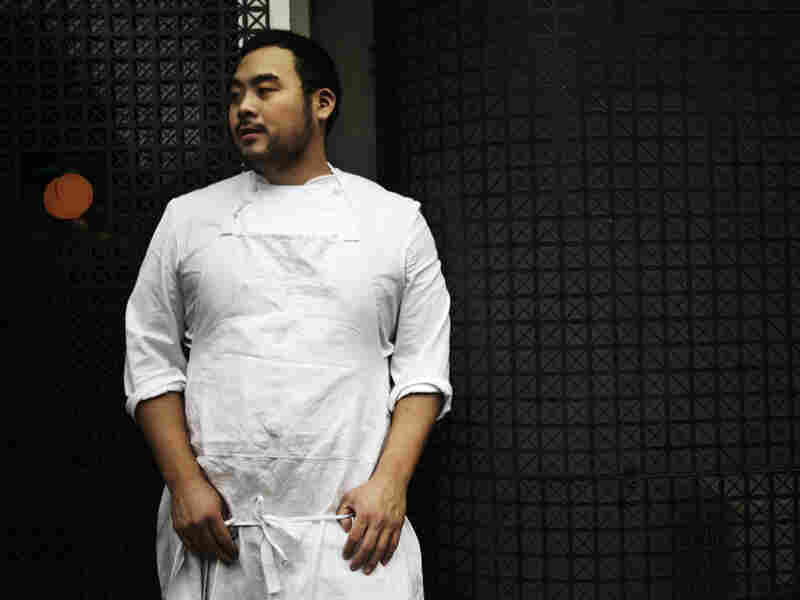 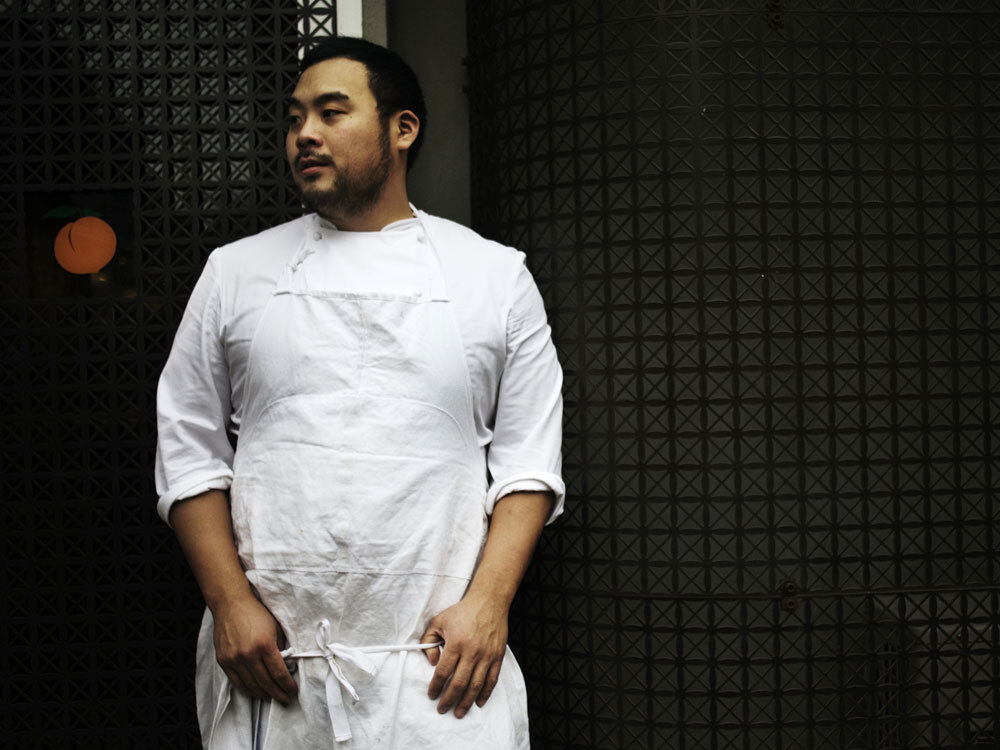 David Chang's restaurants include the casual Momofuku Noodle Bar and Momofuku Ssam Bar, as well as Momofuku Ko, an upscale restaurant with only 12 seats. 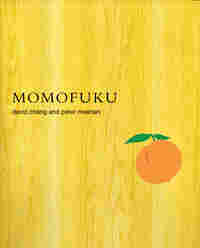 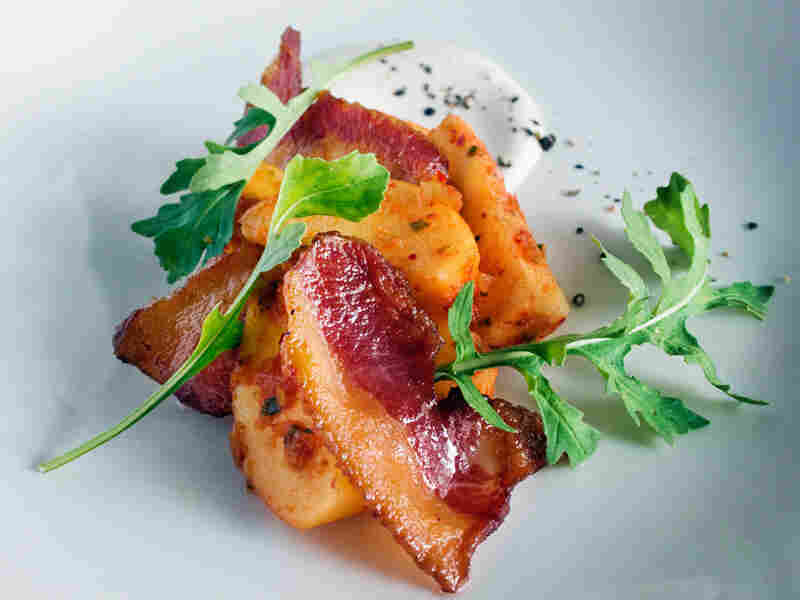 A few years ago, after attending the French Culinary Institute, Chang opened a tiny restaurant in New York City's East Village as a tribute to his noodle obsession. His friends thought he was crazy. Soon, crowds clambered to get a seat at Momofuku Noodle Bar, which, in its original location, was about as wide as a one-car garage. Chang's restaurant took off, and over the next few years, he opened three sister restaurants.

Diners and critics have trouble labeling Chang's cuisine, which is inspired by Asian and Southern cooking — he once lived in Japan — among other traditions. Above all, it centers on fresh ingredients. When he first started out, Chang used to make daily pilgrimages to Greenmarket farmers markets in Manhattan.

Chang simply describes his cooking as "American" and "delicious."

He is a big fan of Pavement, the rock group, and he sees parallels between their biography and the story of how his restaurants became so successful. It's a learning process.

Chang's Momofuku team might still be working out the kinks, but New York City has accepted him as a full-fledged phenom. All four of his restaurants have been reviewed glowingly by critics. Chang's every move is documented in the city's food blogs.

Peter Meehan used to review restaurants for The New York Times. He says that Chang, who is 32, still seems surprised and bewildered by his success, and he never wants to be complacent.

"He's incredibly frustrated with it because the menu isn't changing enough," Meehan says about Ssam Bar, one of Chang's four restaurants. "Despite the fact that it's full all the time, despite the fact that it's got all these awards. He needs it to be better because he's worried well, if we get complacent nobody's going to come and we're going to go out of business. The sky is always about to fall on Dave Chang."

Chang is a hard worker, very involved in each of his restaurants. During his first few years in business, his quick temper was almost as infamous as his food.

"He's mellowed out somewhat since then," Meehan says. "But if he sees a dirty spoon or a station that's not set up properly, he can be completely set off."

Chang planned to take this year off, to travel less, to focus on his cooking. Instead, he has spent a lot of time trying to become a better manager. And he has co-authored a cookbook with Meehan.

Momofuku includes hundreds of recipes, from all of Chang's restaurants, including his famous ramen. A word of advice, however: If you attempt it, clear your calendar. The recipe, from start to finish, is almost 20 pages.

So, what is it about Chang's cooking? What has made him so successful as a chef and restaurateur? According to Meehan, he's at the forefront of a national trend.

"You're seeing it in Chicago and Los Angeles and San Francisco," Meehan says. "You're seeing great chefs doing more casual concepts. You know, Dave is part of this wave of younger chefs who are trying to liberate great cooking from the trappings of fine dining." 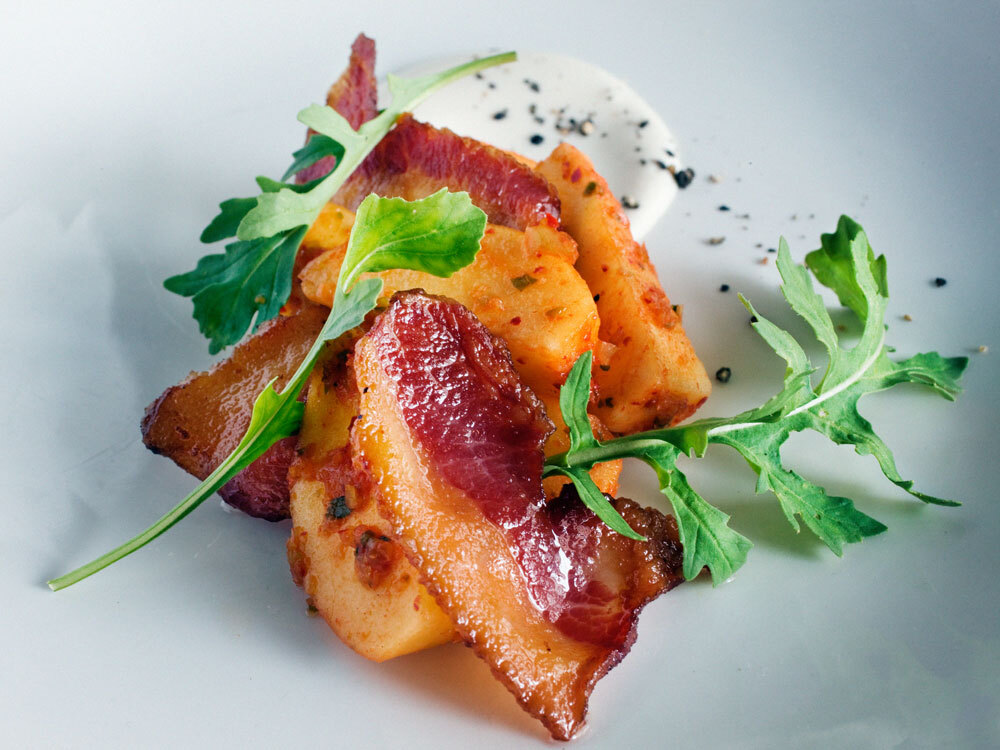 In the winter, there's practically nothing in the Greenmarkets around New York other than apples, cabbage, potatoes, and more apples. So we don't really have much choice about whether or not we're going to cook with them, and since we tend to take a minimal approach to our dessert offerings, we have always tried to incorporate them into our savory menus.

We're really into the Fuji apple: it's tart and sweet and crisp. We messed around with making apple kimchi, but even the crispest apple gets too soft for my taste after a day or so in a salty kimchi marinade. Still, the flavors work together perfectly, so we started tossing apples in kimchi puree so they could take on some of the flavor but not lose their texture. The combination might sound counterintuitive, but the heat and funk of the kimchi really bring out the sweetness of the fruit.

We needed pork with it, and we knew exactly what we wanted to use: smoked country jowls from Burgers' Smokehouse in California, Missouri. Dan Phillips, who runs the online bacon emporium that is the Grateful Palate, had sent us a box of just about every bacon on the planet (I think the final count was forty-three different bacons) for a bacon tasting. Benton's bacon shone bright and proud, but Burgers' smoked jowls--sweet and smoky and with a crisp texture just a little bit different from belly bacon--was the star of the new crop. (Okay, the fact that it was face bacon was also a major point in its favor.)

We needed an element to bring it all together, and the maple syrup--labne mixture bubbled up to fill the gap: the labne (a Middle Eastern yogurt) serves as a counterpoint to the heat of the kimchi (much in the way Indian cooks use yogurt); the maple syrup rounds out the dish and complements the smoked jowls. Because what's better than bacon and maple syrup?

To Make The Kimchi

1. Cut the cabbage lengthwise in half, then cut the halves crosswise into 1-inch-wide pieces. Toss the cabbage with the salt and 2 tablespoons of the sugar in a bowl. Let sit overnight in the refrigerator.

2. Combine the garlic, ginger, kochukaru, fish sauce, soy sauce, shrimp, and remaining 1/2 cup sugar in a large bowl. If it is very thick, add water 1/3 cup at a time until the brine is just thicker than a creamy salad dressing but no longer a sludge. Stir in the scallions and carrots.

3. Drain the cabbage and add it to the brine. Cover and refrigerate. Though the kimchi will be tasty after 24 hours, it will be better in a week and at its prime in 2 weeks. It will still be good for another couple weeks after that, though it will grow incrementally stronger and funkier.

4 Fuji apples, peeled
1/2 cup Napa Cabbage Kimchi (page 74), pureed
1/2 cup labne, or more to taste
1/4 cup maple syrup, or more to taste
1 pound sliced country jowl from Burgers' Smokehouse or thick-cut smoky bacon
1 loosely packed cup arugula (I know, I know, there are like 3 leaves on the salad in the photo, but that was just to make it look pretty)
2 tablespoons olive oil
Kosher salt and freshly ground black pepper

To Make The Salad

1. Cut the apples into wedges or very large cubes: The size of the apples will dictate what works best--what you want are pieces that are one big bite or two small bites. If they're too thin or small, they'll be limp and won't assert their appleness; if they're too big, they won't take on enough kimchi flavor and the salad will be hard to eat. Toss the apples in the kimchi puree. You can do this just before making the salad or up to 6 hours in advance--any longer, though, and the apples will be sublimated by the kimchi.

2. Combine the labne and maple syrup in a small bowl and whisk together until they're married in a smooth and homogeneous mixture. It should be assertively sweet from the syrup and perceptibly tart from the labne. Adjust if necessary, but don't play down the sweetness too much. You can do this days in advance and keep the labne-syrup mixture in the fridge--it's good with granola or spread thickly on a piece of toast.

4. Arrange the bacon on a rimmed baking sheet and pop it into the oven. Bake for 18 minutes, or until it is browned and crisped. Transfer the meat to a plate lined with paper towels to drain. It needn't be any more than lukewarm when you serve the salad, but it shouldn't be cold or greasy. (If you're preparing all the elements in advance, slightly undercook the bacon up to a couple hours ahead of time and then reheat and recrisp it in a 200 to 300F oven.)

5. Just before serving, toss the arugula with the olive oil, a large pinch of salt, and a few turns of black pepper.

6. To serve, plop a dollop — 1 to 2 tablespoons — of the sweetened labne in the middle of each plate and top with one-quarter of the kimchi apples. Stack 3 or 4 pieces of bacon over the apples and drop a handful of the dressed arugula over the bacon. Hit each plate with a couple turns of black pepper, and serve at once. 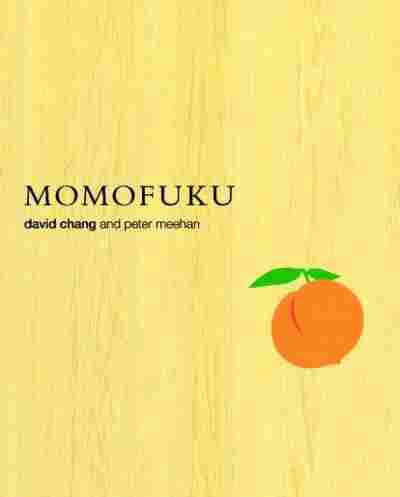