Accessibility links
Saving The Sacred Blues Of Highway 61 Driving his Chevrolet Nova up and down Highway 61 in Mississippi, William Ferris stopped at churches and juke joints and penitentiaries to record the music he found. In his new book, Give My Poor Heart Ease, Ferris explores the legacy of the "The Blues Highway."

William Ferris grew up in western Mississippi, just outside Vicksburg. As a young man, he listened to gospel and blues music, sacred and secular songs sung by the black workers on his family's farm. The music spoke to him.

"We danced to it and listened to it on WLAC Radio at night," Ferris told NPR's Guy Raz. "It was my preferred music, along with rock 'n' roll. And they were closely linked."

During college and graduate school, Ferris returned to the South as often as he could. By then, he had become deeply interested in recording and preserving Mississippi blues. Ferris drove his Chevrolet Nova across Mississippi, up and down Highway 61 — a road known as "The Blues Highway." Along the way, he stopped at churches and juke joints and penitentiaries to make field recordings.

"The music that has flowed up Highway 61 is truly historic," Ferris said.

His most recent book, Give My Poor Heart Ease: Voices of the Mississippi Blues, is a compilation of short memoirs of the musicians he recorded. It's been a long time coming, but Ferris promised many of them that their stories would be published.

During Ferris' travels in the '60s and '70s, racial tensions were still high in that corner of the country. For a time, he lived a few doors down from the house where civil rights activist Medgar Evers was shot dead.

"There was a lot of random violence, and people simply disappeared," Ferris said.

As a white man spending time with black musicians, "I was followed sometimes," he said. "I was pulled over by the highway patrol. You simply didn't know what might be coming, and I was very cautious. I stayed in the black community and tried to stay out of sight of the authorities."

Later in life, Ferris became an academic. He went on to head the National Endowment for the Humanities. He is now a professor of history and American studies at the University of North Carolina in Chapel Hill, where he also runs the Center for the Study of the American South. Studying the blues — and the communities behind the music — is his full-time job.

"Within those communities, the blues thrived and continues to thrive today, evolving into music like hip-hop and gospel and rap," Ferris said. "It's a music cauldron, with all kinds of voices and sounds being created in each generation." He hopes his fieldwork and books will help ensure the legacy of these small towns and churches.

In Give My Poor Heart Ease, Ferris tells the story of each musician in his or her own voice, using material from his old tapes and transcripts. He says the project took him back in time.

"It was a pilgrimage," Ferris said. "I was looking for an America and a Mississippi that I had been denied growing up. ... I felt that this music and these voices were part of my education. They were teaching me and also sharing an incredibly beautiful music, and an incredibly moving and beautiful story that is even more powerful today."

Excerpt: Give My Poor Heart Ease 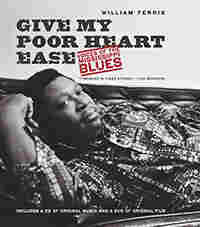 Give My Poor Heart Ease: Voices of the Mississippi Blues
By William Ferris,
Hardcover, 312 pages
The University of North Carolina Press: $35.00

In '49, I was playing in a place called Twist, Arkansas. It's about forty-five miles northwest of Memphis, Tennessee. We had a good time there every Friday and Saturday night. In the wintertime, we had a big container — looked like a garbage pail — and we would sit it in the middle of the floor. They would fill it about half full with kerosene — down home they call it coal oil — and they would light this fuel. This was all they had for heat. The people that was used to coming to this place would dance around this big container. You could get about seventy-five or eighty people in there at once, but some nights we would have two, three hundred people. We had what we called the "coming and going crowd." People would come in, get hot dancing, and walk out. Then others would come in.

This particular night, two guys started fighting, and one of them knocked the other one over on this container of kerosene. When he hit it, it spilled all over the floor. Everybody started trying to put it out, and that made it burn more. Everybody started making for the front door when they figured they couldn't put it out, including B. B. King. But when I got on the outside, I remembered that I'd left my guitar inside and I went back for it. Guys told me not to do it. The building started to collapse around me, and I almost lost my life trying to save my guitar. The next day we found that two men got trapped in rooms above the dance hall and burned to death. We also found that these same two men were fighting about a lady, and we learned that the lady's name was Lucille. I never did meet her, but I named my guitar Lucille to remind me never to do a silly thing like that again.

Instruments weren't very plentiful in the area where I grew up. We felt a need for music, so we would put up a broom wire. Usually we would nail it up on the back porch. In case you're not familiar, brooms had a kind of straight wire wrapped around the straw that would keep the broom together. We would find an old broom — or a new one, if we could get it without anybody catching us — and take that wire off of it. We would nail it on a board or on the back porch to one of those big, thick columns, put the wire around the two nails — one on this end and one on the other — and wrap it tight. Then we would take a couple of bricks and put one under one side and one under the other, and stretch the wire and make it tighter. We would keep pushing the brick — stretching the wire, making it tight — until it sounded like one string on a guitar. But it was only one. By putting your hand on it in different places, you actually could change the sound of it. Some guys did it a little different than that. They would use a piece of steel like they do on a steel guitar with a bottleneck.

We used to take rubber strips from an inner tube that was inside your tire. This was very flexible rubber. We would cut it up in small strips and put them on a stick. You could tighten that, and we would take small pieces of rock or a piece of wood and put that on as a bridge — same thing we used those bricks for on the wire on the wall. Sometimes we would put two or three of these, or four or five, and sometimes six — like a guitar on a board — and then we would go and cut a stick. We would saw this like you would a violin. It made a very nice sound, and we would fret it with our hands as if it were a violin. If you put a little water on it and made it a little slick on the stick, you really could get a sound out of it. People did that.

There were other ways of making musical instruments. Guys would take a couple of spoons, and they would beat them together. We would also take a comb, a big heavy comb, and put thin paper against it. You could blow that. You made music that way also.

Usually, in the average home, there was an old guitar with strings broken, and in order to play this guitar we would make wooden clamps. We would put the wooden clamp on down below, where we had the string tied, and that would make the string sound good.

If you were living like I did, a harmonica was about all you could afford. There was a big company that you could order things from — Sears Roebuck. One fellow that had gotten rich was able to get him a guitar. When I say rich, he had been to the army and been mustered out and paid. Later on, he decided that he wanted to sell his guitar, and he was going to sell it for fifteen dollars. The family I was working for was pretty nice about paying me for farmwork, so I paid five dollars the first month, five dollars the second month, and five dollars the third. To me, it was the greatest thing that had ever been created because it was my guitar. 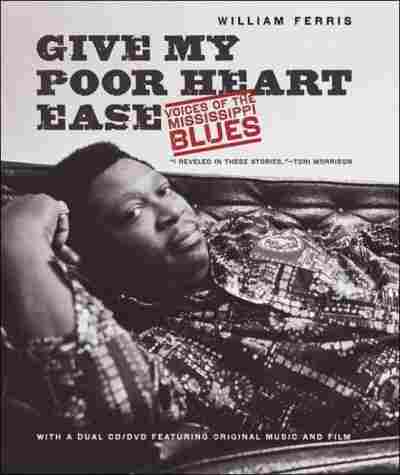 Give My Poor Heart Ease

Voices of the Mississippi Blues