Accessibility links
Nigella Lawson's Winter Food Advice: Indulge Yourself, Darling As winter nears, we look for ways to be warm and comfortable. One of the best ways to do that, says food writer Nigella Lawson, is to indulge in rich, tasty foods that some might call guilty pleasures. For instance: Why not make French toast that tastes like a doughnut? 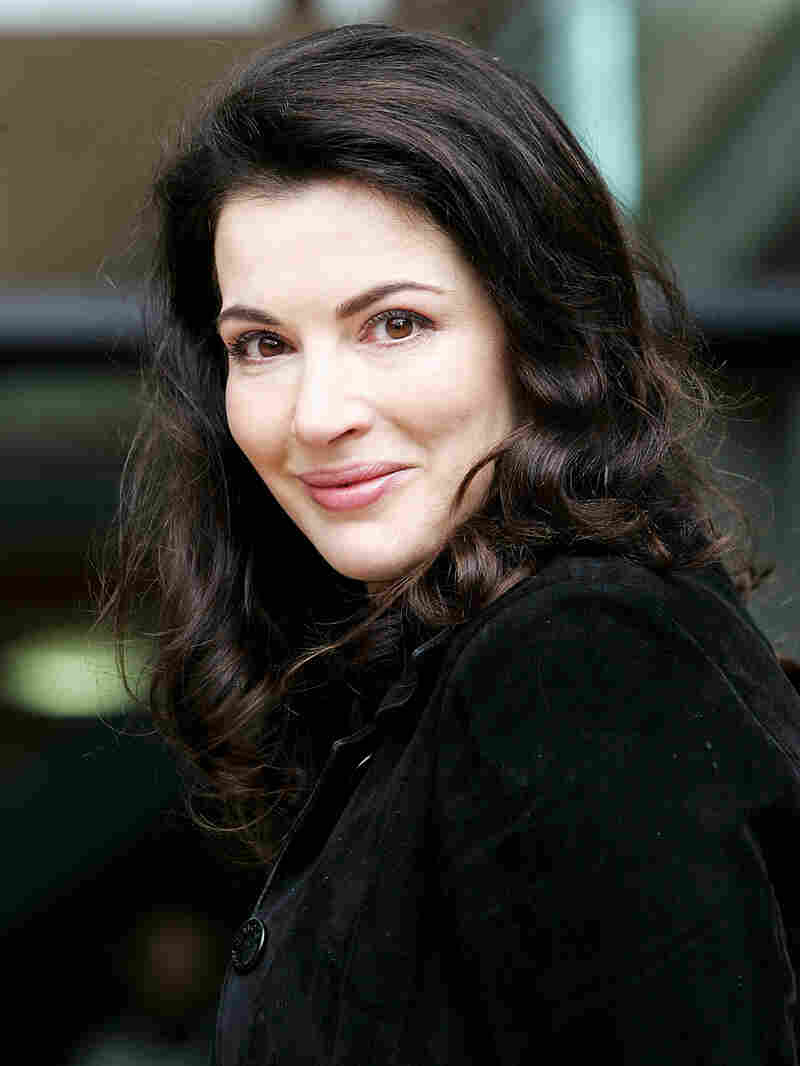 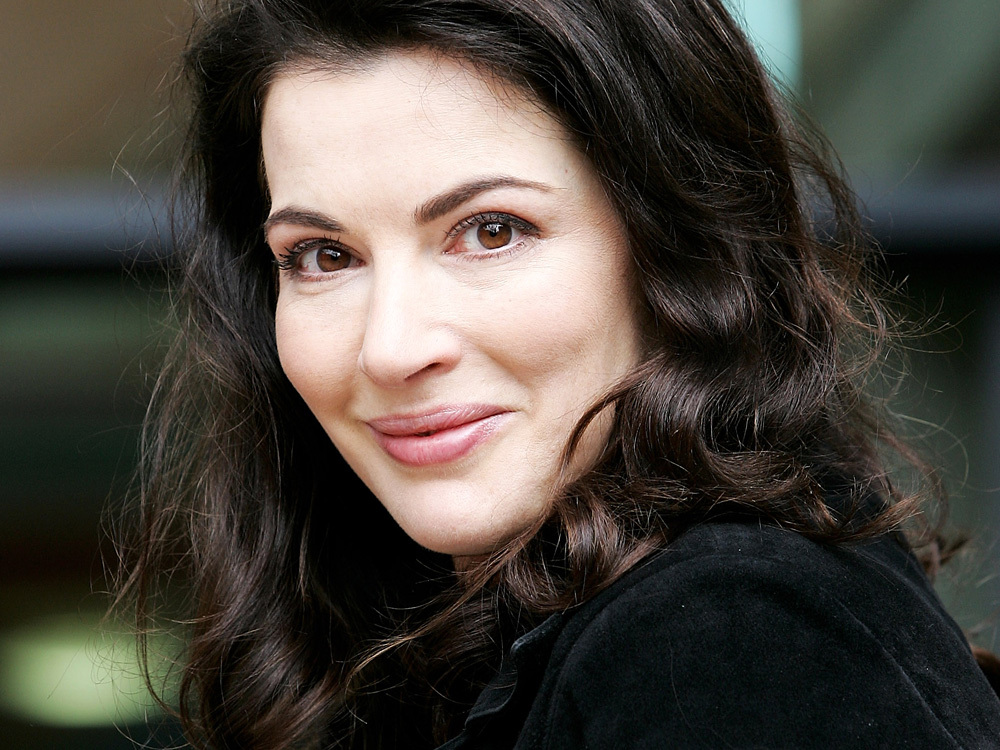 As winter creeps in, we look for ways to be warm and comfortable. One of the best ways to do that, says food writer Nigella Lawson, is to indulge in rich, tasty foods, even ones that some might call guilty pleasures. For instance: Why not take a doughnut, and make French toast with it?

Lawson is the author of several cookbooks, including most recently Nigella Christmas.

For anyone who thinks that kind of indulgence is a bad thing, Lawson agrees — up to a point.

"It is considered bad," she says, "and in a way, you could say that only heightens the pleasure. So, your negativity is not entirely negative."

There are two common causes for that feeling, according to Lawson: First is the fact that rich food may be the opposite of what many diets prescribe; and second, the puritanical urge to view sensual pleasure as a sign of what she terms "moral slackness."

Anyone willing to fly in the face of those concerns might try Lawson's recipe for doughnut French toast. It's rich, golden and crispy — and sprinkled with sugar.

"The egginess and the vanilla come through, and then you put sugar on top, like a doughnut," Lawson says.

If that sounds a bit rich, Lawson says people denying themselves — anything fried, or anything containing butter, for instance — is one of the biggest food problems. Indulging in those things once in a while, she says, makes it easier to balance them with lighter fare, like soups and steamed vegetables.

"I actually feel that I eat very healthily," she says. "My only problem is that I eat enough for five healthy people."

Still, Lawson admits to feeling some guilt about making an Italian risotto with the very English cheddar cheese.

Then an Italian friend in Britain told her that every time she goes to her home country, her Italian friends ask her to bring them some cheddar.

Citing Italy's reverence for cheese that has either an interesting texture or a strong flavor, Lawson says, "Cheddar has a strong flavor and also goes gooey, so it's kind of perfect."

The risotto has another of Lawson's preferred qualities of comfort foods: "Anything that can be eaten out of a bowl, with a spoon, is a fantastic self-indulgence. No cutting, no chewing."

Lawson has one caveat about comfort foods.

"There is no point in indulging yourself," she says, "if you are going to persecute yourself at the same time."

It makes no sense to eat foods that will only bring feelings of guilt, not satisfaction, she says. It's much healthier to enjoy food absolutely.

"It doesn't make any difference nutritionally," she says, "but I think the mind is important, as well as the body." 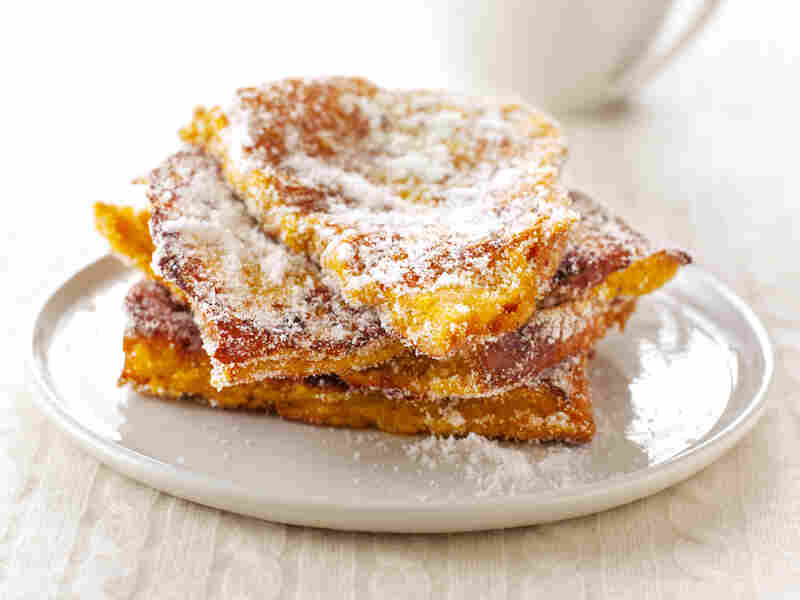 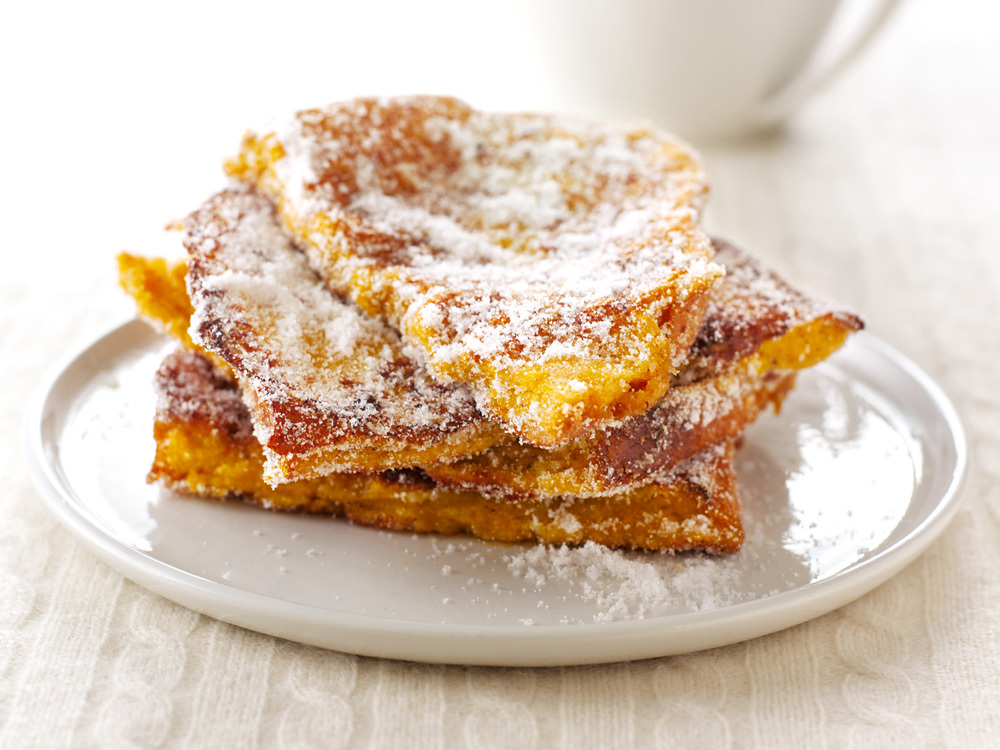 My weaknesses are mainly savory — think salt and potato chips or cheese and crackers — but there are times when only a doughnut will do. This can get desperate late at night when the shops are shut, and even if they weren't, none of them sell the kind of doughnuts I dream of. This is my way of assuaging my appetite, appeasing my need, or, perhaps more accurately, feeding my addiction. Hot chocolate on the side is always worth considering, but just — just! — by itself, this is sublime succor.

However, you can, if you like, turn this into a dinner party doughnut-allusive dessert by whizzing up 5 ounces hulled strawberries, 4 tablespoons powdered sugar, and a spritz of lemon juice in the blender to make a sauce to pour or puddle over.

Beat the eggs with the milk and vanilla in a wide, shallow bowl.

Soak the bread halves in the eggy mixture for 5 minutes a side.

Heat the butter and oil in a skillet, and fry the egg-soaked bread until golden and scorched in parts on both sides.

Put the sugar onto a plate and then dredge the cooked bread until coated like a sugared doughnut.

This is the first of my holy trinity of cheese-rich comfort foods. There is just something about melted cheese, that perfect goo, that seems to soothe the soul and bolster the body.

This might seem odd to Italians (one of the reasons it is not in the Hey Presto chapter) but it works beautifully: The starchy rice and the sharp cheddar are the perfect counterpoint for each other.

I make this, too, on days when I need to escape to the kitchen and have a good, quiet, relaxing and mindless 20 minutes staring into the middle distance and stirring. I heartily recommend it.

1. Melt the butter and oil in a medium-sized pan and cook the sliced baby leeks or scallions until softened.

2. Add the risotto rice and keep stirring for a minute or so, then turn up the heat and add the wine and mustard, stirring until the wine is absorbed.

3. Start ladling in the hot stock, letting each ladleful become absorbed as you stir before adding the next one.

4. Stir and ladle until the rice is al dente, about 18 minutes, then add the cheese, stirring it into the rice until it melts.

5. Take the pan straight off the heat, still stirring as you do, and then spoon into warmed dishes, sprinkling with some of the chopped chives.

Serves 2 as a main course or 4 as a starter 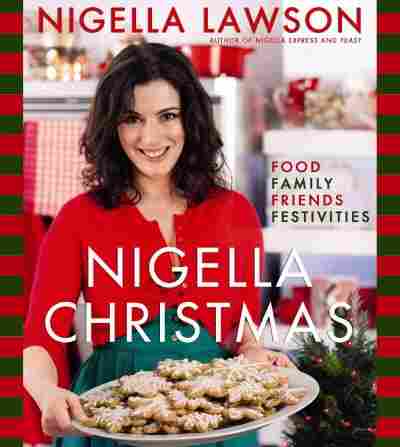