Accessibility links
Klaus Von Keussler: The Story of A Tunnel Digger In 1964, Klaus von Keussler helped 57 people escape from East Berlin by way of an underground tunnel. In a five-part series, von Keussler talks about the day the Berlin Wall went up, the dangers of tunnel digging, and his thoughts on the upcoming Mauerfall anniversary.

Listen
Klaus Von Keussler: The Story of A Tunnel Digger

Klaus Von Keussler: The Story of A Tunnel Digger 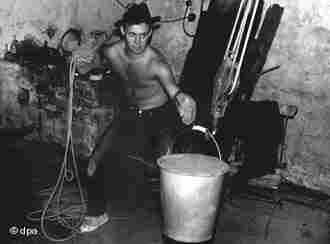 With his soft, grey hair and glasses, it's hard to imagine Klaus von Keussler was once a fugitive of East Germany.

Von Keussler, a government official in Erfurt, has lived and worked all over the world. From New York, to Frankfurt, to Ethiopia, von Keussler has devoted his professional life to advancing democracy abroad, as well as at home.

Living In Berlin, Before The Wall

After von Keussler's father was killed in World War Two, his family moved from Kaliningrad to West Berlin in 1945. They had friends and relatives in the East and regularly traveled back and forth. Though the area was closely monitored by both the American and Soviet military, it was fairly easy to cross the border.

"I went to East Berlin to see museums or to go to the theatre," von Keussler says. "And of course we had a lot of what the East Germans called "border crossers"- people living in East Berlin but working in West Berlin."

But towards the end of the 1950s, it became increasingly difficult to move between East and West Berlin. Von Keussler and his friends were free to ride their bikes through the Brandenburg Gate, but they had to deal with the routine scrutiny of registration and ID papers.

The Wall Goes Up

In 1961, von Keussler was attending law school at the Freie Universitaet in West Berlin. On a Sunday morning in early August, residents woke up to find East German guards building a barrier along the East and West border.

Von Keussler says no one really knew what was going on.

Klaus Von Keussler: The Story Of A Tunnel Digger, Part 2

"It came all of a sudden. It started that some the S-Bahn connections were being cut but then we got the information that in front of the Brandenburg Gate they started with this barbed wire business. Anyway, the guards were there."

A concrete wall was now dividing the city, separating von Keussler from several university friends in East Berlin. Many of these students were "border crossers." Once the Wall went up that August, residents in the East could no longer travel back and forth. Von Keussler stayed in touch with his friends on the eastern side.

"I would say there were a couple of them, whom we communicated with quite often. Of course we started the discussion whether to help these people or not," he says.

After much consideration, they decided to help. The plan was to dig an underground tunnel from a bakery in West Berlin to a house in East Berlin and sneak people out.

The Beginning Of Tunnel 57

Tunnel digging was turning out to be more expensive than they had anticipated. Von Keussler says money was always an issue.

"We need food for the helpers. We need transportation to go to East Berlin. They of course had to telephone. They had to use taxis. Then we needed within the tunnel electricity."

Tunnel digging was also extremely dangerous. To insure anonomity, von Keussler and his friends used code names to communicate with each other. 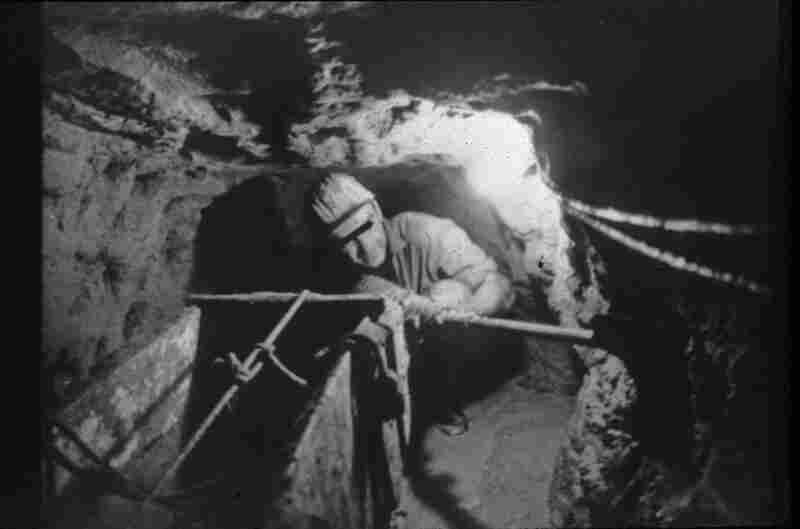 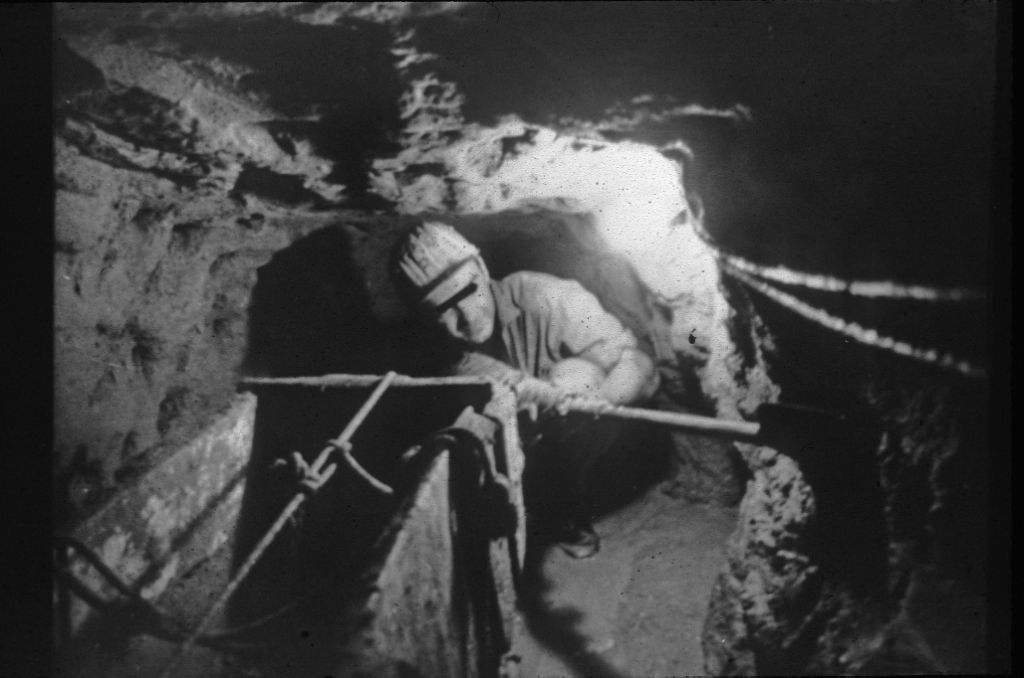 Tunnel digger underneath the Berlin Wall in 1964.

"There was a certain, let's say, tunnel digger community. So we knew each other, but not of course by our complete names. We had code names. For instance my code name was "Pigeon." A friend of mine was "Blackie" and there was "Fox" and all these kind of things."

Von Keussler's primary motivation for the risky tunnel digging was to help his friends, but as word spread, larger, political organizations, such as the CDU, became involved.

"Political parties, especially the Christian Democratic party was subsidizing by giving money because they said we have political friends there," von Keussler says.

Moving back and forth between border was risky. Everyone involved in the tunnel digging was given specific jobs. Some people were "diggers," others were what von Keussler calls "runners." They dealt personally with the escapers.

"We gave them instructions: how to go, where to go, at what time, what code words are used and what to bring with."

Klaus Von Keussler: The Story Of A Tunnel Digger, Part 3

57 People Freed, But Not Without Complications

When the tunnel was completed in 1964, 57 people escaped to West Berlin.

Though von Keussler and his friends took care of the escapees, the days afterward were not easy. They were relentlessly questioned by the Allies and were often interviewed for days.

"The Allies tried to find out are they really escapers or are they maybe really spies," von Keussler says.

Though he was never caught, von Keussler had a close friend who was arrested for tunnel digging and jailed for ten years. His friend was forced to name names, and consequently, von Keussler could never return to the GDR for fear of immediate arrest.

"When the East German guard asked for my papers, one of my daughters asked my wife, 'Listen, do they know that daddy dug the tunnel in Berlin?' So you can imagine that we were afraid they were going to arrest me then."

The Day The Wall Fell

In 1989, von Keussler was working for the United Nations in Ethiopia. On November 10th, he woke up and turned on the radio as he did every morning.

Klaus Von Keussler: The Story Of A Tunnel Digger, Part 4

"I heard a story from the BBC while I was getting up describing how they just put the Wall down. So I went to my colleagues in the coffee shop and said, 'I have heard a nice story. It sounds like Orson Wells.' I couldn't believe the reality."

A week later, von Keussler returned to Germany. He was eager to hear news from Berlin.

"I flew to Frankfurt and my wife picked me up and I said, 'Do you know in Berlin that the Wall is falling down?' She was of course laughing because they knew already."

Though he never thought the Wall would fall, von Keussler says he couldn't really believe it would last forever. The news on November 9th was shocking, but what was even more unbelievable was that the Wall fell peacefully.

"I was a witness of this most impressive and emotional get-together with our East German fellows," he says. "We were often, believe it or not, crying because the people were so happy. It was really unbelievable."

When the Wall fell and the borders opened, von Keussler decided to move to the East German city, Erfurt, where he now works for the government.

Klaus Von Keussler: The Story Of A Tunnel Digger: Part 5

In the last 20 years, von Keussler has told the story of Tunnel 57 many times, especially to students. He believes it's important to keep talking about the GDR and the significance of the Wall. It's a story that no one should forget, he says.

"We should never forget this was a communist regime. This was, in a certain sense, a brutal regime. There were walls in other parts of the world. Let's take Jerusalem, let's take the United States. So we should always be aware that walls are the hindrance to live in freedom. And so far the 20th anniversary of the falling of the Wall is a good occasion to reflect what it means if there are walls among human beings."