Accessibility links
Enthralled By Jazz, Joni Mitchell Sets New Moods Mitchell's work took an unexpected turn with Mingus, her streaky and often brilliant 1979 collaboration with jazz bassist Charles Mingus. After it, she sounded wiser and hipper, a jazz sophisticate whose melodies came bunched in waves and bursts of scat-singing capriciousness. 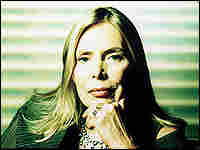 Mitchell's work since the early '80s has often been disparaged — perhaps because it's inevitably compared with her '70s masterpieces. Is this fair? What other Mitchell albums deserve to be rediscovered?

Moon at the Window 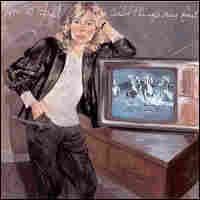 Joni Mitchell's work took an unexpected turn with Mingus, her streaky and often brilliant 1979 collaboration with jazz bassist Charles Mingus. Before it, she was the sharp-eyed songwriter stringing songs about troubled relationships across vast open prairie. After it, she sounded wiser and hipper, a jazz sophisticate whose melodies came bunched in waves and bursts of scat-singing capriciousness.

According to conventional wisdom, Before is where the world-changing stuff can be found — Blue and Hejira and the rest — and After is where Mitchell goes noodling, lost in the cul-de-sac of high concept. Wild Things Run Fast, her first set of new material after Mingus, suggests that's not quite a fair estimation. It has one of her most nuanced character studies — the slithery "Ladies Man" (audio), which sketches a smooth operator in tones that are admiring one minute ("You could charm the diamonds off a rattlesnake") and repulsed and mistrustful the next. One song waxes nostalgic about the "birth of rock 'n' roll days," while another finds Mitchell dispensing a withering insult — "You Dream Flat Tires" (audio) — over a shuffling backbeat that runs hot and then from time to time unexpectedly evaporates.

Wild Things also contains one of Mitchell's most inventive jazz inspirations, "Moon at the Window" (audio), which features her longtime foil Wayne Shorter on soprano saxophone. Here's another chance to savor Mitchell's unique mood-setting skills: Moving through a furtive, surreptitious melody, she sings warily, sending a chill through the syncopated theme that's enhanced by her smears of painterly multi-tracked vocal harmony. It's a carefully assembled creation, but it feels ruled by impulse. The vibe sounds tremendously loose — Shorter is the king of the darting aside — and as a result, it's one of those nocturnal gems that happen in the lonely last hour of a jam session, when the paying customers have vanished and it's time to go home.