Accessibility links
The Polyphonic Spree and Mark Olson in Concert Few bands can rival The Polyphonic Spree's sound — not to mention its size. A whopping two dozen members strong, the group brings its commanding stage presence to a live performance at WXPN and World Cafe Live in Philadelphia, along with alt-country singer Mark Olson.

The Polyphonic Spree and Mark Olson in Concert

The Polyphonic Spree and Mark Olson in Concert 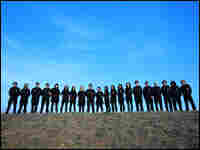 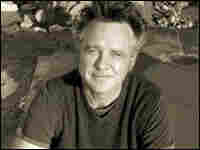 Few bands can rival The Polyphonic Spree's stage presence — not to mention its size: The group boasts a whopping two dozen members, who combine to make a sound that can be euphoric, cathartic and haunting, sometimes all at once. Hear The Polyphonic Spree perform a concert from WXPN and World Café Live in Philadelphia, along with former Jayhawks singer Mark Olson.

Inspired by the experimental rock bands of the '70s, former Tripping Daisy frontman Tim DeLaughter formed The Polyphonic Spree in 2000, with the aim of working with a wide variety of musicians and performers. He soon discovered the power of a crowd, as his new group's debut (The Beginning Stages of the Polyphonic Spree) sounded unlike anything in rock music.

In the years that followed, the group toured with David Bowie, scored several high-profile spots in TV commercials, appeared in film soundtracks and released its second album, Together We're Heavy. A new follow-up, The Fragile Army, finds The Polyphonic Spree trading in its trademark robes for black military garb, but the music remains sprawling and inspiring.

After ending his decade-long run in the successful band alt-country band The Jayhawks, opener Mark Olson moved to the country with then-wife Victoria Williams. Along with multi-instrumentalist Mike Russell, the couple formed The Original Harmony Ridge Creekdippers, which soon began churning out sweetly rustic homemade albums to a small but loyal cult following.

After his divorce from Williams, Olson spent 2006 recording his first true solo album: The Salvation Blues addresses the upheaval in his life, but it also draws on contributions from both his ex-wife (who co-wrote one song) and fellow ex-Jayhawk Gary Louris (who wrote several more).