Accessibility links
A Paean to the Music of Summer Summer has arrived, the sun is shining (at least, it's supposed to be) and music journalist/armchair philosophizer Christian Bordal ruminates on the appropriate sounds for the season.

Listen
A Paean to the Music of Summer 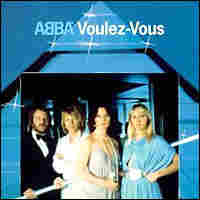 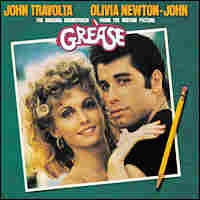 Summer lovin' happens so fast: Before you know it, you're singing along to "Summer Nights," from the soundtrack of Grease. hide caption

Hear the songs that appear in this piece, and a few other summer selections, from Christian Bordal.

Yes, the summer is upon us. But what, I ask you, does this lighthearted season of frivolity mean for the serious music lover?

Everyone knows that people who grow up in cold, sunless climates are dour, unfriendly, alcoholic smokers who create darkly foreboding art about the end of mankind that they take very seriously.

On the other hand, people who grow up in warm, sunny climates, have warm, sunny personalities: They're friendly, lighthearted, attractive, physically fit, vapid ignoramuses who drive with the top down and create marshmallow art for beach parties.

Oh, that's just bad typecasting, you say. What about the Spice Girls, Abba and any number of other purveyors of pop froth from the northern climes?

Well, that's exactly my point. The fact is, all their scoffing and frowning notwithstanding, you know there's a side of those cold climate folks that really wants to lighten up and have fun. When the summer arrives and the thermometer hits a balmy 50 degrees Fahrenheit, and all their pasty white bodies are suddenly and frighteningly revealed.

Then everything changes, and all bets are off. The musical snobbery melts away like the last of the spring snowfall. Maybe that's just how it should be.

I know we're grown-ups now, and we're embarrassed to go around acting like a bunch of musical teenagers. But it's hormonal, man. It's, like, biological.

So this summer, let it all hang out. Don't worry about playing by the rules. Don't let some high-art, cold-climate music critic harsh your mellow. Whatever it is that you need to catch the sunny vibe, break it out. I declare summer to be a critic-free zone — and that includes self-criticism. Go forth, go crazy, take it all off and dance in the summertime sunshine.

Music critic Christian Bordal offers a selection of songs that suggest the season.