Accessibility links
The Sweet Sound of Ruby Elzy New tracks from 1930s Broadway and radio star Ruby Elzy have been released in a CD called Ruby Elzy in Song: Rare Recordings (1935-1942). Elzy's vocal talents brought her wide acclaim until her tragic death at the age of 35. 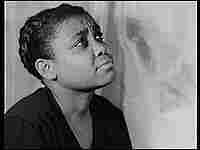 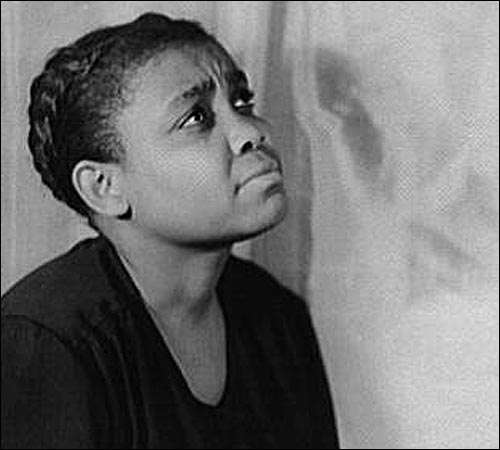 Ruby Elzy's death at age 35 deprived the world of a "pure and searing" soprano voice — and a fine actress.

The story of Ruby Elzy is a powerful example of how talent can overcome seemingly insurmountable odds. One of four children, she was born, her biographer David Weaver tells us, in abject poverty in a small town in Mississippi. Her father abandoned the family when Ruby was 5.

But she could sing. A visiting professor, astounded by her voice, helped her get into college. Then she got a fellowship to Juilliard. In 1933, she appeared opposite Paul Robeson in the movie version of Eugene O'Neill's The Emperor Jones.

When George Gershwin heard her sing, he cast her in the major role of Serena in his new opera, Porgy and Bess. She made her Broadway debut in this role in 1935, at the age of 27, and sang the part more than 800 times, on Broadway and on tour. Her future success was all but guaranteed. She had an extraordinary soprano voice—both pure and searing. She was good looking and she could act. Serena is the woman whose husband is murdered by the villain Crown, and her rendition of "My Man's Gone Now" electrified the audience. She never made a commercial recording of it, but three of her performances have survived, two of them from radio broadcasts.

Before Porgy opened, Gershwin took five of the leading players into a recording studio to conduct parts of the opera with an orchestra. In a rehearsal recording made on August 19, 1935, Gershwin himself can be heard introducing and conducting Ruby Elzy in "My Man's Gone Now." All three of Elzy's surviving performances of "My Man's Gone Now" are now on a remarkable disc compiled by David Weaver that includes all 20 of her known recordings, the majority of which are spirituals.

In 1941, Ruby Elzy appeared in Birth of the Blues with Bing Crosby and Mary Martin. She had already made her recital debut at New York's Town Hall and been invited by Eleanor Roosevelt to sing at the White House. Her repertoire also included art songs and arias, the most ambitious of which is probably "Elsa's Dream" from Wagner's opera Lohengrin.

In the 1930s and '40s, it would have been impossible for an African-American singer, however extraordinary, to sing Wagner's lily-white heroine in an opera production. But Elzy was preparing the role of Verdi's Ethiopian princess Aida, when in 1943, she had to have surgery. It was supposed to be a relatively minor procedure, but she died in a Detroit hospital at the age of 35. Since her death, she's been largely overlooked, except for Gershwin mavens. But thanks to her biographer-turned-record-producer David Weaver, no one who hears this recording could possibly forget her.