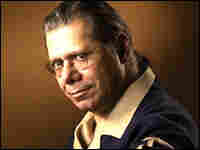 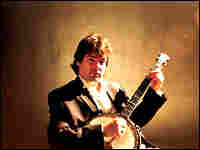 Two of the most renowned and prolific players in jazz, banjo great Bela Fleck and fusion pianist Chick Corea combine their talents on a new disc called The Enchantment. The two musicians recently sat down to play songs and discuss the challenges of integrating Fleck's banjo into Corea's music, as well as the natural communication that developed between them.

Renowned as one of the world's foremost banjo players, Fleck blends bluegrass, jazz, folk and even classical music into a sublimely realized whole. After 10 years as a solo artist and occasional sideman, he formed Bela Fleck & The Flecktones in 1989. Featuring the talents of Howard Levy and Victor and Reggie "Futureman" Wooten, the band developed a unique style of bluegrass, jazz and pop.

One of the most influential jazz and jazz fusion keyboardists of the modern era, Chick Corea has — over the course of a nearly 50-year career — developed a distinctive and original style that pushes the melodic and percussive capabilities of his instrument to the limit.

Born to a musical family, Corea was introduced to the piano at the age of 4 by his jazz-trumpeter father. He began playing gigs in high school and, after moving to New York, began playing professionally in the bands of Blue Mitchell, Herbie Mann and others. His first recording as a bandleader was 1966's Tones for Joan's Bones; two years later, his album Now He Sings, Now He Sobs established Corea as both a virtuoso pianist and a capable songwriter. As Herbie Hancock's replacement in Miles Davis' band, Corea contributed to celebrated records like In a Silent Way and Bitches Brew. Following his departure from Davis' group, Corea struck out on his own once again and formed Return to Forever, a jazz-fusion supergroup that allowed him to explore the rock and Latin elements of his playing. His later records, both jazz- and fusion-oriented, continue to be well-received.