Accessibility links
Artists Featured in 'Boris Godunov' Ferrucio Furlanetto plays the Czar, with Nadia Krasteva and Marian Talaba as the scheming lovers who try to overthrow him, in Mussorgsky's Boris Godunov. 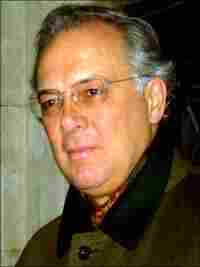 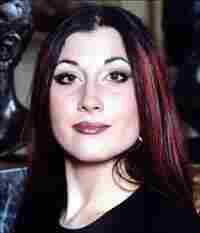 Ferrucio Furlanetto plays Czar Boris, with Nadia Krasteva and Marian Talaba as the scheming lovers who try to overthrow him, in Mussorgsky's Boris Godunov.

Italian bass Ferruccio Furlanetto is one of the most sought-after and versatile basses on the operatic scene. His repertory ranges from Italian comic opera, to the works of Mozart, to the dramatic operas of Verdi, and he was the first Italian singer to perform as Mussorgsky's Boris Godunov at the renowned Mariinsky Theater in St. Petersburg.

Furlanetto has performed with many of the world's great orchestras, and with conductors such as Herbert von Karajan, Lorin Maazel, Claudio Abbado, Leonard Bernstein, Bernard Haitink and Valery Gergiev. He has also made frequent appearances at opera houses including La Scala, the Vienna State Opera, London's Royal Opera House, the Paris Opera and the Metropolitan Opera.

Furlanetto has been named by Italy as an Honorary Ambassador to the United Nations. He's been appointed as a Member of Honour by the Vienna State Opera — and he's also an avid golfer.

Nadia Krasteva was born in Sofia, Bulgaria, where she studied at the National Music Academy. Since 2002 she has been a regular artist at the Vienna State Opera, where she made her debut as Fenena in Verdi's Nabucco. She has also sung a number of other Verdi roles in Vienna, including Emilia in Otello, Ulrica in A Masked Ball and Meg Page in Falstaff, as well as Adalgisa in Bellini's Norma and Giulietta in Offenbach's The Tales of Hoffmann.

Krasteva has performed with many of the world's most distinguished singers, including as Neil Shikoff, Edita Gruberova, Agnes Baltsa and Placido Domingo and has collaborated with conductors including Seiji Ozawa, Marco Viotti, and Fabio Luisi.

Marian Talaba was born in Cupka village in the Chernivtsy region of Ukraine. He studied at the Chernivtsy Music College and the Ukrainian National Music Academy before beginning his career at the Ukraine National Opera in Kiev.

His repertory of roles includes Lykov in Rimsky-Korsakov's The Czar's Bride, Calaf in Puccini's Turandot, the Duke in Verdi's Rigoletto and Enzo in Ponchielli's La Gioconda. In concert, Talaba has performed in Verdi's Requiem, Beethoven's Missa Solemnis, Mendelssohn's Elijah and Handel's Messiah.