Listen
Study: Men Talk Just as Much as Women 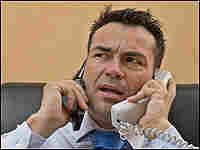 Researchers recorded hundreds of students, capturing 30 seconds of sound for every 12-and-a-half minutes. The chattiest of the subjects, at nearly 47,000 words per day, were men. Angel Herrero de Frutos, iStockphoto.com hide caption 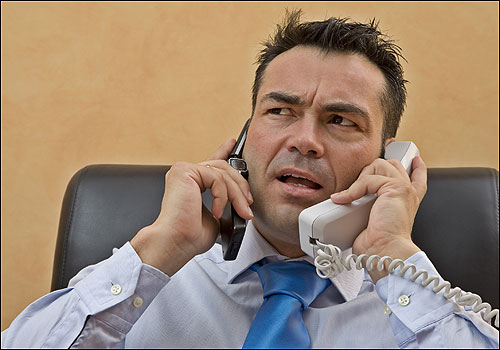 Researchers recorded hundreds of students, capturing 30 seconds of sound for every 12-and-a-half minutes. The chattiest of the subjects, at nearly 47,000 words per day, were men.

An article in this week's issue of Science blasts the popular myth that women are more talkative than men.

Researchers outfitted 396 college students — 345 Americans and 51 Mexicans — with devices that automatically recorded them every 12 1/2 minutes, which amounts to 4 percent of a person's daily utterances.

Psychologist Matthias Mehl of the University of Arizona says the three top talkers in the study — uttering up to 47,000 words a day — were all men. So was the most taciturn subject, who spoke only 700 words a day, on average.

Mehl says he and his colleagues were surprised at the outcome. They had tentatively bought into the popular stereotype that women are the more talkative sex.

But they were skeptical of the widespread claim that women use three times more words a day then men.

The claim got prominent attention with the publication of a 2006 book called The Female Brain. Its author, Louann Brizendine, has been widely quoted claiming that "a woman uses about 20,000 words per day while a man uses about 7,000."

Other sources have claimed an even greater disparity.

But until the Science study published this week, its authors say, no one had ever systematically recorded the total daily output, in natural conversations, of a sizable number of people.

Mehl says the supposed talkativeness of women is often mentioned in pop-psychology books.

"The typical scenario is — a man comes home from work at night, has used 6,850 words and with 150 left over just wants to relax and not talk," Mehl says. "And the woman welcomes the husband with about 7,856 words left over. And that's where all the problems start."

Mehl guesses that the talkativeness claim "evolved as an explanation for what scientists call the demand/withdrawal pattern." That is, the situation where a woman demands to talk through problems and her male partner withdraws emotionally.

"We use our gender magnifying glass and over-generalize from that," Mehl says. "Instead of saying that men tend to talk less and women tend to talk more, we say 'Women always talk and men never talk.'"

Even so, the researchers, based at the University of Texas as well as at Arizona, didn't expect the verbal output between the sexes to be virtually equal.

Mehl acknowledges that many will have trouble believing the results, since it contradicts their own perceptions.

"This is the way the stereotype has been maintained in the past," he says. "It is fairly easy to see what you want to see — to jump on the very chatty woman that you certainly find and say, 'See, women talk a lot' and to overlook the very talkative man."

Mehl says the stereotype needs to be debunked. Not only because women are harmed by the "female chatterbox and silent male" stereotype, but because men are disadvantaged by it, too.

"It puts men into the gender box, that in order to be a good male, we'd better not talk — (that) silence is golden," Mehl says. "The stereotype puts unfortunate constraints on men and women – the idea that you can only happily be a woman if you're talkative and you can only be happy as a man if you're reticent. The study relieves those gender constraints."

The new report doesn't mention any differences in what men and women talk about. But the researchers have analyzed the content of everyday conversation and will publish that in the future.