Accessibility links
Reno Collects the History of America Through Song An upcoming CD compilation maps out centuries of U.S. history through classic songs performed by artists ranging from Andrew Bird to Suzy Bogguss. Former U.S. Attorney General Janet Reno is the executive producer of the project.

Listen
Reno Collects the History of America Through Song

'The Liberty Song' by Ed Pettersen

'Battle Hymn of the Republic' by Joanna Smith 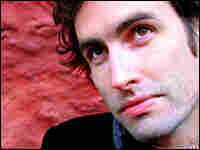 Multi-instrumentalist and songwriter Andrew Bird is among the diverse group of musicians who will appear on Song of America, a three-CD, 50-song collection that tells the story of America through music. hide caption 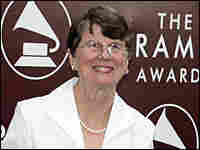 An upcoming CD compilation maps out centuries of American history through the reinterpretation of beloved songs such as "Yankee Doodle" and "Home on the Range." New versions of 50 American classics — performed by artists ranging from Take 6 and the Blind Boys of Alabama to Devendra Banhart and Martha Wainwright — are included on Song of America, a three-CD set to be released in September.

Former U.S. Attorney General Janet Reno is the mastermind behind the collection, which has been years in the making. She made a special trip to the Grammy Awards ceremony in 2005 to drum up interest in the project, which began as a casual conversation between Reno and her niece's husband, record producer Ed Pettersen — who also contributes a song to the CD set.

In part, Reno says she is motivated by a desire to share music with her young great-nieces and great-nephews.

"One of the joys that I'm looking forward to is to play these recordings for them, so that they can build on their ability to use song to express themselves," Reno, who now has Parkinson's disease, tells Melissa Block.

Reno describes "Yankee Doodle" — performed by Harper Simon, son of Paul Simon — as a "beautiful rendition," which revealed something new and yet universal.

Other songs, such as "Home on the Range" and "Rosie the Riveter," conjure up special memories for Reno — such as childhood pony rides or her Aunt Winnie, who served in the Women Airforce Service Pilots during World War II.

"I just hope that people will have the opportunity to hear [Song of America] and to see what song can do to inspire and to motivate and to give people a sense of themselves," Reno says.

Janis Ian on 'All Songs Considered'

Kim Richey on 'All Songs Considered'