Accessibility links
Threat, Intimidation Alters Life for Iraqi Journalists Since the fall of Saddam Hussein, freedom of speech has theoretically been integrated into Iraqi social values. The threatened lives of Iraqi journalists, and the number of dead reporters, however, tell another story. Some journalists have fled to neighboring countries while those who remain must face daily threats and intimidation because of their work. 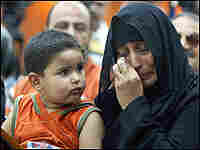 An Iraqi woman attends a ceremony in Baghdad honoring journalists who were killed in acts of violence in Iraq. Sabah Arar/AFP/Getty Images hide caption 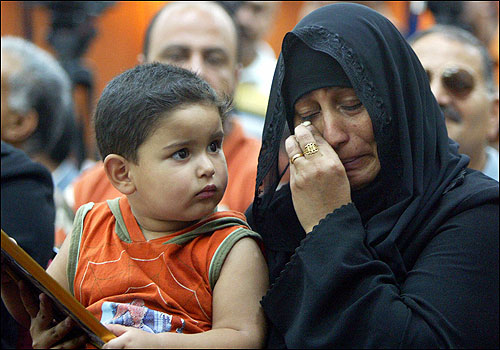 An Iraqi woman attends a ceremony in Baghdad honoring journalists who were killed in acts of violence in Iraq. 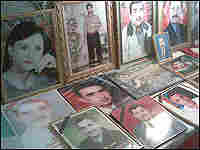 Photos of slain Iraqi journalists were displayed at an event in April, hosted by the Iraqi Journalists' Association. Kais Aljalele hide caption 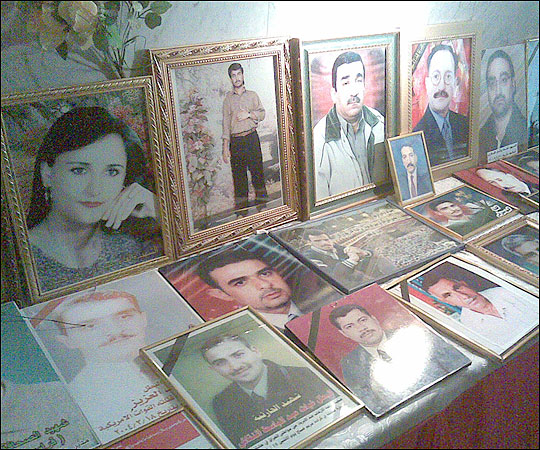 Photos of slain Iraqi journalists were displayed at an event in April, hosted by the Iraqi Journalists' Association. 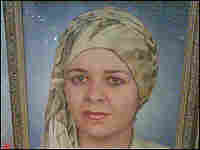 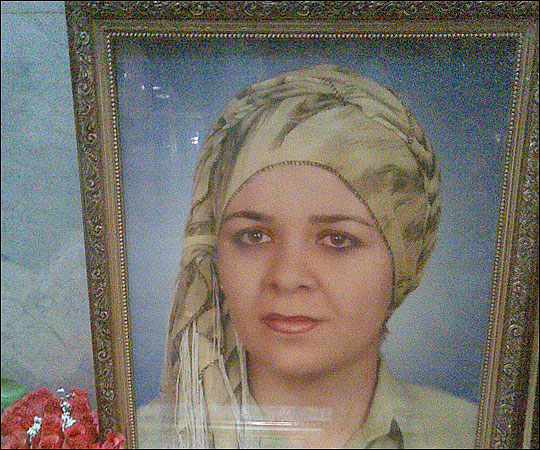 Attwar Bahjat, an Iraqi broadcast journalist, was killed immediately following the bombing at the Samarra mosque in February 2006. 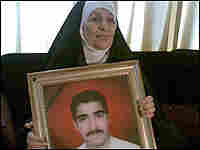 Ansar Sattar Taha holds a photograph of her son, journalist Ahman Sultan, who was killed in the Amiriyah district of Baghdad. Kais Aljalele hide caption 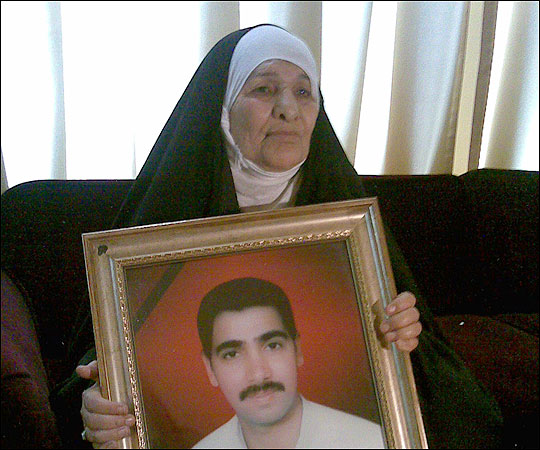 Ansar Sattar Taha holds a photograph of her son, journalist Ahman Sultan, who was killed in the Amiriyah district of Baghdad.

Iraq is a dangerous place to live and work for anyone, but for Iraqi journalists, work is especially life-threatening.

According to the international group, Reporters Without Borders, at least 175 journalists have died since the U.S. invasion, most of them Iraqi. And 2007 is on track to be the deadliest year yet, with 32 journalists killed so far.

Some journalists have left Iraq and fled to neighboring countries.

Ansar Sattar Taha remembers the last time she saw her son, a journalist. He was on his way to work just a few days after his wedding day. Taha says he still had traces of henna on his hands — the orange dye used in wedding ceremonies.

"He left the house on Thursday. We waited and waited, but he never came back," Taha said. "We kept looking for him, and the next day we found him dead."

The young man had been killed in Amiriyah, an area of Baghdad known as a Sunni insurgent stronghold.

Ahmad Sultan was one of 200 slain journalists honored at a ceremony in a Baghdad hotel a few months ago, organized by the Iraqi Journalists' Association. Grieving families propped up pictures of their lost loved ones on long tables.

Among them was a photograph of Attwar Bahjat, a well-known reporter for two major Arab television networks. She was shot dead in Samarra by insurgents in February 2006 just after the bombing of the Samarra Shiite mosque.

Bahjat was half Sunni, half Shiite, and her death has become a symbol of all the fallen Iraqi journalists. As part of the ceremony, the head of the Iraqi Journalists Union, Shihab al Timeemi, spoke to the group.

"We want all parties to understand that the message of the journalist is purely a professional one, and that he is not biased to this or that conflicting party, but that he wants to do a purely professional job," al Timeemi said. "This message should be respected by all, and no one should put obstacles in his way."

It's hard to know exactly how many journalists in Iraq are killed because they're in the wrong place at the wrong time — caught in a car bomb attack or sectarian violence. But many are targeted because they are journalists whose reporting provokes dangerous questions.

"If you ever dare to criticize a certain group, then they will not only threaten you but the whole television station will be in danger," said a young television reporter, unwilling to give her name for security reasons. The young woman doesn't wear a veil and her long hair falls down the back of her black leather jacket.

While waiting for a press conference at the Iraqi parliament building, she explains how she and her colleagues face constant threats and intimidation. The woman says after reporting about possible links between certain political parties and militia groups, she was visited by a man who ordered her to retract her story, or her life would be in danger.

"Fear has become part of our job," she said. "When we have an assignment, we immediately think that if we go out, we may never be back alive."

That fear has many layers for Rawa Al Neimi, a television news anchor in Baghdad and mother of three. She's dressed in snug-fitting blue jeans and a shirt that just hits her waist.

Al Neimi says there are more opportunities for journalists now that the Saddam Hussein regime is gone. Freedom of speech is considered a societal value in theory but, in practice, it's a different matter. Independent radio and television stations have been attacked, reporters are pressured by political groups and threats and intimidation have become part of the job.

Al Neimi said she's suspicious of almost everyone. And this suspicion is founded on fear.

"Those lie in the fear of what might happen to you in the street, but there is also the fear from those who work with you," Al Neimi says. "You can never know what their affiliations are, so we started to fear one another."

Because she's on TV and people know her face, Al Neimi has had to change her daily routines. She rarely goes in public anymore. She stopped doing her own grocery shopping and sends other family members out on household errands.

"You can say that most, if not all, of those working for the media are scared but they have no other option. They have to go on," she said.

So Iraqi journalists keep trying to tell the story of their Iraq, as it brutally unfolds. At the same time, they continue to watch their colleagues die for doing just that.

Many of those who don't die end up leaving.

Since reporter Rawa Al Neimi spoke with NPR, she decided she could no longer endure the security risks of life in Baghdad. She and her family have left the country.