Accessibility links
A Writer's 'Mysterious Secret': Style Plus Empathy In his sterling short-story collection, Jack Pendarvis writes about life's losers but never condescends to them, no matter how stunted or strange they are. The result is funny and sad: You laugh at what's on the page; you're haunted by what's not. 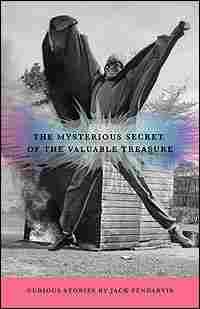 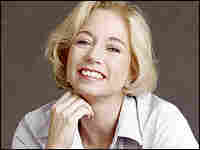 Laura Lippman, a former Baltimore Sun reporter, has published 12 novels — nine in her award-winning series about Baltimore and three stand-alone crime novels, including the New York Times bestseller What the Dead Know. She lives in Baltimore, eats in many of the restaurants frequented by her heroine Tess Monaghan, and is by no means a natural blonde. Jan Cobb hide caption

Remember back in junior high, when someone passed a book under the desk to you with a nudge and a wink suggesting it was hot stuff? In my day, that book tended to be The Godfather, but this is also, more or less, the way I discovered The Mysterious Secret of the Valuable Treasure, by Jack Pendarvis. I was on the faculty at Eckerd College's Writers in Paradise workshop, and my colleague, the novelist Tom Franklin, slid this slender paperback across the table to me while we were supposed to be listening to one of the guest lecturers. "Read the first story," he whispered. "It's only three pages."

That story was "Sex Devil," and it was at once the funniest and saddest thing I've ever read. In fact, it's really two stories — an unintentionally comical letter laying out the proposal for a comic called Sex Devil, and the implicit, cringe-inducing plight of the letter writer, a taunted loner who clearly lacks Sex Devil's amazing sexual prowess. (Or even his talent for dancing.)

The subtext of "Sex Devil" is so palpable that it's like reading a story that's been written in invisible ink, watching the letters slowly form over the heat of a light bulb. And that's how almost every Pendarvis story works. You laugh at what's on the page; you're haunted by what's not.

Pendarvis writes about life's losers, but he's never condescending toward them. You can tell he feels a kinship with all of his characters, no matter how stunted or strange. Like Prometheus, he would probably steal fire for his creations, although he might be less stoic — if much funnier — about the daily devouring of his liver.

Better still, Pendarvis' work is truly suspenseful in a way that most fiction isn't anymore. We're all savvy consumers of narrative, and most narrative plays by certain rules; in the final pages, depending on the genre, the hero is almost sure to defuse the bomb — or win the girl, or triumph in the big athletic contest, albeit in a way that guarantees he has learned some important lessons. Even most literary novels function that way.

But in a Pendarvis story, anything can happen. In "The Pipe," one of the longer stories in the collection, a security guard and a paramedic stand vigil by the breathing tube of a disc jockey who has been buried alive to promote his radio station. Early in the story, the paramedic wonders aloud what would happen if he "were to tee-tee" down the hole. The instantly uneasy reader, like the security guard, spends the next 38 pages speculating just exactly what this paramedic might do.

The paramedic, like a lot of Pendarvis' characters, almost seethes with his creative urges. It's a rock opera he's burning to produce, but the desire to write is the most common urge among Pendarvis' characters — including a figure not unlike the author, reporting from his first-ever writers conference. ("'What are your influences?' somebody asked the panel. Everybody said Faulkner.")

In the same story, titled "So This is Writing!", Pendarvis shows his willingness to undercut a tender, beautiful paragraph with a punch line — at his own expense, too. Some earnestly literary writers hold humor at a remove, as if the tiniest whiff of comedy might taint their work, but Pendarvis isn't afraid to let it seep into his stories to mingle with the poignancy and poetry there.

He also isn't afraid to mock would-be literary fiction at its most pretentious and precious. In "Our Spring Catalog," he provides publisher's-catalog copy seemingly written by a drunk and/or frustrated would-be novelist, who clearly finds it increasingly difficult to pretend any enthusiasm for the books she's been hired to extol. Later, Pendarvis has dry, deadpan fun with the imaginary contributors' notes: "Gretchen Tiffler draws on her experience as a Girl Scout leader to write realistic stories of hiking. She is married to Horace Weems, a renowned tuba player." And he imagines this blurb for a fictitious debut novel, So Twines the Grape: "Greeves-Dunn uses the tractor of her talent to plow the fallow Southern fields of genius, uncovering the cracked bones of truth and planting the seeds of a fiery enema for the soul."

Even as I cite these lines, I'm not sure they work as well out of context. Pendarvis isn't a gag writer, stringing together one-liners. He's a serious writer who doesn't take himself too seriously.

In the end, though, all these stories are unfailingly kind to their characters and respectful of their cracked dreams. Pendarvis' people want to be noticed, they want to be heard, they want to be recognized as special. In other words, they're human. Only funnier.

Excerpt: 'The Mysterious Secret of the Valuable Treasure'

The Mysterious Secret of the Valuable Treasure

Sex Devil starts out as a normal high school student. Unfortunately his fellow classmates do not think he is normal. For you see, Sex Devil (real name Randy White) has a cleft palate.

Sex Devil attempts to get his fellow classmates to like him. Unfortunately he pretends that he knows karate, which is a lie. Sex Devil's lies are soon discovered. After that his fellow classmates put a thing on the blackboard. It is a picture of Sex Devil (I mean Randy White) with slanting eyes, which he does not have. Underneath the picture it says Wandy Wite, Kawate Kiwwah. Also there is a bubble coming out of Randy White's mouth. Randy White is saying WAH!

The janitor has vowed not to fight because he accidentally killed a man once. He has also made Randy White swear not to defend the janitor in case anything happens to him. The janitor has learned to accept his fate.

Now we go forward into the future. Sex Devil can afford the right kind of medical insurance to where his cleft palate can be surgically fixed. While he is pretending to be Randy White he continues to talk like he has a cleft palate. This is just to conceal his secret identity.

All of the boys of Sex Devil's high school class have grown into manhood to become a criminal organization. They run the city under cover of darkness, plotting fake terrorist plots to keep the city in turmoil while they make their robberies. As a result some innocent Arab Americans get sent to prison.

One night he goes undercover at the chemical factory of his old enemy, who now goes by the name of Black Friday. In the middle of a fight where Black Friday unfairly uses guns Sex Devil gets chemicals spilled on his genital region. Black Friday uses the opportunity to get away.

Sex Devil retreats to his underground lair, which is located beneath the janitor shack. He examines his genital region and discovers that his genital region now has amazing powers. Combined with the bodily control he has learned from the Arab Americans now Sex Devil realizes he has a unique opportunity.

Sex Devil starts out by dating Black Friday's girlfriend. This is the same girl that used to make fun of Sex Devil but she doesn't know it is the same person because he talks completely different.

First Sex Devil takes Jennifer to a nice restaurant. Jennifer is impressed by Sex Devil's worldly manners. Because of his secret mastery of bodily control he is also the best dancer anyone has ever seen. It is the greatest date ever. Jennifer asks Sex Devil if he wants to come up for some coffee. Sex Devil jokes, who knows where that will lead. Sex Devil leaves politely without taking advantage of Jennifer.

When Sex Devil gets home he has about six or seven phone calls from Jennifer on his answering machine. Please Sex Devil, I need to see you.

Sex Devil goes back over to Jennifer's apartment. On the way he stops and buys some flowers. Then he climbs up a drainpipe and enters Jennifer's bedroom.

Jennifer thanks Sex Devil for the flowers. They are so beautiful Sex Devil. Black Friday never buys me flowers. Sex Devil says enough of this talk. Then Sex Devil and Jennifer have intimacy.

Black Friday becomes depressed. Black Friday loses his ability to have intimacy. He must see a psychiatrist. Get me the best psychiatrist in the city! Little does he realize it is Sex Devil.

At the end of the first issue Black Friday falls off a cliff. Now Sex Devil must go to work on the rest of the class. At the end of every issue one of Sex Devil's fellow classmates falls off a cliff or is caught in the gears of a large machine or blows themself up in an explosion or capsizes or a similar disaster. Or they are in a submarine that slowly fills up with water. It is never Sex Devil's fault but he doesn't feel bad about it because they are getting what they deserve. Every time Jennifer is like please won't you spend the whole night Sex Devil? What is with all this wham bam thank you mam. And Sex Devil is like maybe some other time baby. Because Sex Devil has more important things on his mind. And Jennifer is like I am starting to think you are just using me for intimacy like a hor. And Sex Devil is like now you are getting the picture baby.

In conclusion I hope you will start making the comic book Sex Devil because it deals with issues that young people care about today.

Excerpted by permission from The Mysterious Secret of the Valuable Treasure by Jack Pendarvis © 2005 MacAdam/Cage Publishing. 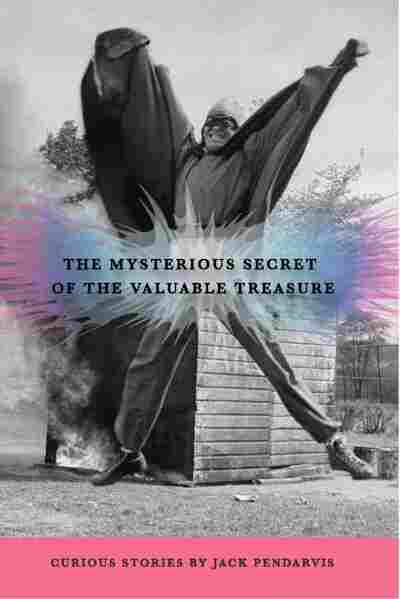 The Mysterious Secret of the Valuable Treasure