Accessibility links
Mary Karr, Remembering The Years She Spent 'Lit' The Liar's Club, Mary Karr's memoir about her hardscrabble childhood in Texas, was named one of the best books of 1995. In her new book, Lit, Karr details her early adult years and her struggles with alcohol, depression and motherhood. 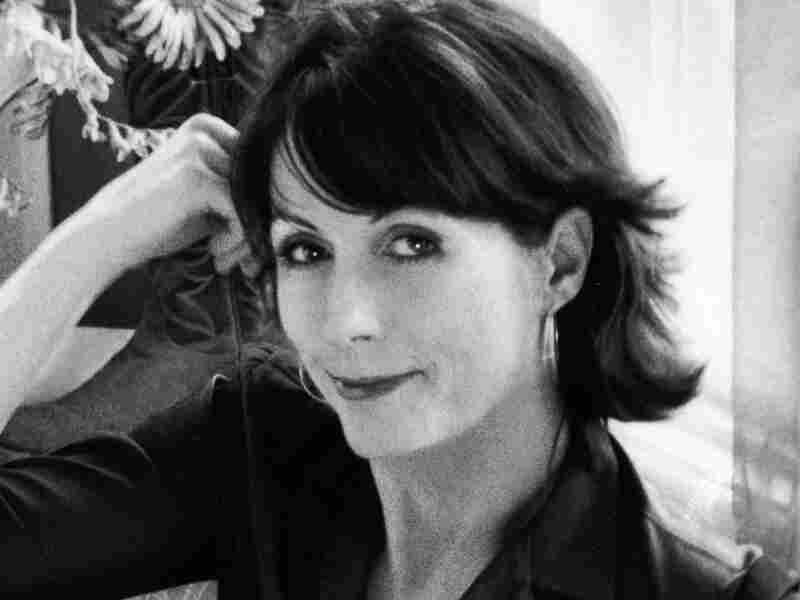 Mary Karr was encouraged to write her personal history by her friend, author Tobias Wolff, but said in a Salon Magazine interview that she only took up the project when her marriage fell apart. Marion Ettlinger hide caption 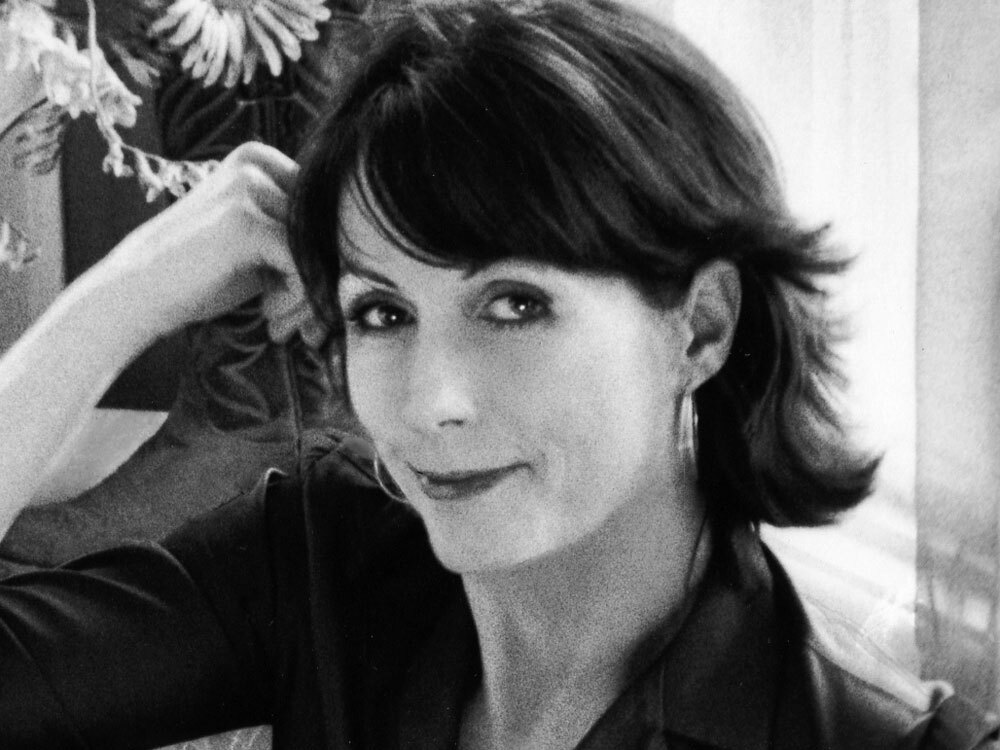 Mary Karr was encouraged to write her personal history by her friend, author Tobias Wolff, but said in a Salon Magazine interview that she only took up the project when her marriage fell apart.

When it comes to writing about the pain of growing up, author Mary Karr isn't one to hold back. Her new memoir, Lit, describes Karr's early years as a writer, wife and mother, years that were marked by drug use, drinking and the dissolution of her marriage.

Burrowing into painful family stories has long been a Karr trademark. Her first book, The Liar's Club, focused on her volatile relationship with her mother, who had a psychotic break while Karr was a child. Her followup, Cherry, mapped the author's rebellion and coming of age.

Karr's new book, which follows Cherry by nine years, recounts her own descent into alcohol abuse through more family trauma and eventually her unlikely — as she describes it — conversion to Catholicism. Along the way, she grapples with her place in a lineage that she sometimes feels was preordained for disaster.

"My mother fell off the wagon at my rehearsal dinner," Karr tells Terry Gross. "Shortly after that, she got sober and was sober until she died, almost 80, so more than 20 years. I was in my early 30s, and it's almost like she got sober right about the time my drinking picked up. I say it's almost like our genetic code owed the universe some really wretched alcoholic, and I stepped into the slot as she left it."

No amount of self-awareness made her vices easier to cope with.

"I didn't want to stop drinking," Karr admits. "I didn't quit drinking because I wanted to stop drinking. I want to do all these things that aren't particularly good for me. My hells are pretty much self-constructed."

Karr found escape from her self-made hell when she finally turned to religion, a topic that found its way into Lit at length. But even after her conversion, she understands why talking about her relationship with God might turn some of her audience away.

"Talking about spiritual activity to a secular audience is like doing card tricks on the radio," Karr says. And it wasn't easy for the author herself to buy into religion.

"I thought faith was a feeling. My intellect told me this was insane. The only way I was able to do it was through practice," she says. "[I'd] been trying to get sober and not really listening to the ways you're supposed to do it, and somebody said 'pray on your knees every day for 30 days and see if you stay sober.' And I just saw it as, like, self-hypnosis or like talking to yourself."

Though she eventually learned to embrace the meditative and spiritual aspects of Catholicism, religion didn't make the writing process any easier. Karr says writing Lit was "horrible."

"I threw this book away twice," Karr says. "I walked around in my bathrobe for three days and made obscene gestures at the rafters. And there are a couple people I call at such times, sort of the way the president would push the red button. I'd call these people. So I called Don DeLillo, and DeLillo sends me a postcard that says 'write or die.' " Karr's reply speaks volumes about her thick-skinned perspective and dark humor. "I think I sent him one back that said 'write and die.' "

With Lit finally on bookshelves, Karr's view of the book's place in the world is almost serene: "I know God wanted me to write this book. That doesn't mean he wants it to be a best-seller, you know? But something about surrendering a lot of that stuff, it just quiets the fear in my head. It just quiets it." 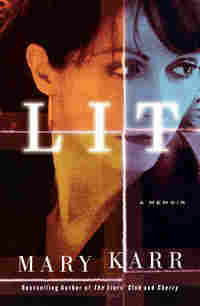 Lost in the Golden State

Age seventeen, stringy-haired and halter-topped, weighing in the high double digits and unhindered by a high school diploma, I showed up at the Pacific ocean, ready to seek my fortune with a truck full of extremely stoned surfers. My family, I thought them to be, for such was my quest -- a family I could stand alongside pondering the sea. We stood as the blue water surged toward us in six-foot coils.

No way am I going in that, I said, being a sissy at heart. My hair was whipping around.

Wasn't that the big idea? Doonie snapped back, rifling through the back for towels and a wet suit. He was my best friend and maybe the biggest outlaw, point man on our missions. He tended to land the most spectacular girls. The ocean roar was majestic enough that I quoted Robert Frost:

The shattered water made a misty din.
Great waves looked over others coming in
And thought of doing something to the shore
Water had never done to land before ...

Quinn spat in the sand and said, She's always like Miss Brainiac, or something, or like she's fine.

He zipped up his outsize wet suit with force. The crotch of it hung down so low that for him to walk, he had to cowboy swagger.

My hair was three days without soap, and my baggy cutoffs were held up with a belt of braided twine a pal of ours made in prison.

That's me, I said. Miss California.

Quinn himself was no Adonis. We called him Quinn the Eskimo, since he'd just moved to Leechfield from the Alaskan oil fields where his daddy had worked. Blond as Jean Harlow, pimply, he was also skinny enough to crash a junior high dance. His sole source of pride was the obvious lie that his old man had invented the water bed, then tragically had his patent pinched by some California engineer. From the time we'd hit the state line, he'd been going into phone booths to skim directories for the guy's name.

Doonie tucked his board under his arm, saying, y'all little bitches stand here and fight it out. I'm gonna carve those waves up like your mama's Christmas turkey.

Then they were running down the immaculate white sand with their boards -- Doonie and Dave, Quinn and Easy and the quiet Forsythe.

But by Orange County standards, the surf sucked. I overheard the California guys bitching about it as breaking in water too shallow: Not worth wasting the wax on, dude. They stood in small bands along the beach, tanned and bleached and orthodontured. And Lord, were they fetching, those boys. I spotted no stitches on anybody, no keloid scars from boiling water. They'd suffered no car wrecks in which an ancient axle had snapped. Nobody was missing any obvious teeth, either.

In the ocean, long waves came with open-fanged mouths, drooling where the spray blew back only to bite down on my pals, who'd thrown themselves onto their homemade boards and were digging in.

From the beach, it was a bitch to witness -- not just the asswhipping the sea was delivering but the massive cheer of my friends taking it, the small and concentrated energy of repeatedly hurling themselves at impenetrable force.

Mocking their inadequacy against those waves, one guy walking past said to his small-boned girlfriend, This is why they send the white trash to Vietnam.

At some point, a guy as wasp-waisted as a Ken doll, with stomach muscles you could have bounced a quarter off, strolled over to where I sat. The sun shone through his long dark hair, making a halo around him. Maybe he'd seen our license plates, for he said to me, you Texan?

I allowed as how I was.

When I told him I didn't have any money, he smirked, saying, They make chicks pay for drugs in Texas?

Which seemed to have no right answer to it, like the school bully in A Portrait of the Artist who asks Stephen Dedalus, Do you kiss your mother? Any answer seems cause for a butt-whipping.

I shrugged. What do y'all do here?

He unfolded a small square of surf magazine to reveal an orange tab of LSD.

I knew right off I didn't want it, but this boy was teen-idol darling. So I set the tab atop my tongue and faked swallowing, hoping for a weak dose.

He also invited me to a graduation party a few weeks down the line in Laguna. Soon as he'd scrawled out an address and sketched a map for me, I hightailed it back to the truck to spit the tab out and wash my mouth with water from a sand-gritty milk jug.

At dusk, we parked in an apartment lot where a hometown dope dealer had left his pink Lincoln Continental with its busted steering column. Easy knew somebody who lived there, and in the way of poor hippies, they cooked us noodles and let us use their bathroom in exchange for the free pot Doonie could lay on them. Secreted inside the freakishly fat surfboard -- in a scooped-out hollow in its foam core -- he'd ratholed a few fragrant bricks of pot and a baggie of questionably acquired pills. These investments -- tucked away from the law under sheets of fiberglass and squeegeed over with resin -- would free him from the factory jobs we'll all eventually take.

For the first time in days, inside a rank plastic shower curtain flowering with mildew, water poured over me. And it was in the shower that the acid kicked in -- not full bore, just enough to keep me holding myself very still. The suds swirled down my torso like chrysanthemums in a Japanese wood-block print. And my body seemed to smoke.

Excerpted from Lit by Mary Karr, courtesy of HarperCollins Publishers, 2009. 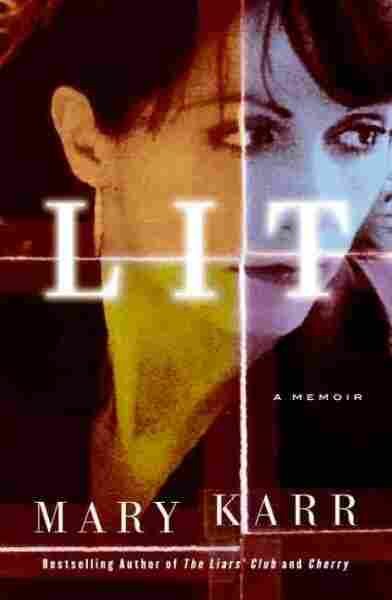