Accessibility links
In Afghanistan, a Jewish Community of One Some scholars estimate that 4,000 Jews lived in Afghanistan a half-century ago. Today, 47-year-old Zabolon Simantov is believed to be the country's only remaining Jewish resident.

Listen
In Afghanistan, a Jewish Community of One 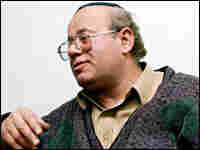 Zabolon Simantov says he stays in Kabul because he is the only one who can keep alive the memory of the once-thriving Jewish community in Afghanistan. Shah Marai/AFP/Getty Images hide caption 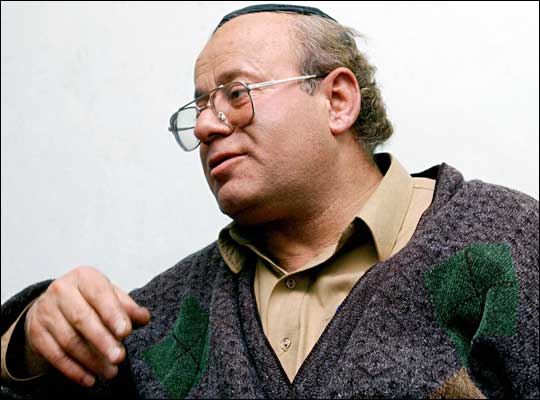 Zabolon Simantov says he stays in Kabul because he is the only one who can keep alive the memory of the once-thriving Jewish community in Afghanistan.

What was once a thriving Jewish community in Afghanistan is today made up of just one man.

Zabolon Simantov lives alone in a small room next to a crumbling synagogue. His wife and two daughters live in Israel, and Simantov says he often contemplates joining them.

But staying in Afghanistan, he says, is the only way to keep the country's Jewish history alive.

The product of an Orthodox upbringing, Simantov is proud of his Jewish heritage. He boasts of receiving matzo packages for Passover from Afghan Jews living in New York. Sometimes, he says, Jewish foreigners visit his home for the high holidays.

"I feel like the lion of Afghanistan," Simantov says. "Nobody can touch me."

But his pride is tempered with caution, and he takes great pains to hide his faith. Simantov is careful to wear his yarmulke only in private, and he is hesitant to take visitors inside the synagogue in the crumbling compound he calls home.

His caution is born from years of oppression, first by the Mujahedeen — Islamist fighters who defeated the Soviets and pushed him to convert — and then by Taliban officials. He says the Taliban stole the carpets he sold for a living, as well as the synagogue's Torah, and jailed him.

Even now, Simantov says many here still pressure him to become a Muslim.

"They are dumb. For me, that kind of talk is like a matchstick you use to light a cigarette. You throw it away without a second thought," he says.

In Kabul, Simantov keeps mostly to himself. The business owners on Flower Street, where he lives, call him "Zabolon the Jew." They say they don't know Simantov well but greet him when he passes by.

One exception is Karmatullah, a 45-year-old Muslim shopkeeper who stores some of his goods at Simantov's house and regularly shares a cup of green tea and banter with his Jewish neighbor. He considers him a fellow Afghan — at least in part.

"We can't say they are part of our history. They immigrated here. But it's OK for Jews to be here as long as they don't aim to occupy our country," Karmatullah says.

The Weight of History

Centuries of Jewish life in Afghanistan were wiped out by decades of war and hardcore Islamists, Simantov says. Historic synagogues in his hometown of Herat were converted into mosques and schools.

Some scholars estimate there were 4,000 Jews living in Afghanistan a half-century ago.

But Simantov says by the time he decided to get married 15 years ago, there were so few Jewish girls left in the country that he traveled to neighboring Turkmenistan to find a bride.

Fearing for her safety, Simantov sent his bride to Israel, where she now lives, near Tel Aviv, with the couple's two daughters — Shoshana, 14, and Rachel, 12. Though he hasn't seen them in three years, he talks to them by phone every other week.

With a roof over his head and little else, Simantov scrapes by on his dwindling savings. A thin bedroll, some folding chairs and a flimsy table are his only furnishings, and he wears a threadbare Afghan tunic and baggy trousers over his short, stocky frame.

Simantov admits that his loneliness and the pressures of life as a Jew in Afghanistan wear on him.

Doubtful that any Jews will return to Afghanistan, he says he's not sure how long he'll stay.